The Moon is Tectonically Active and It’s Shrinking

The moon doesn't do that that much. Sure, it's responsible for the tides and all, but that's really a function of gravity and the messy ball of duct tape and chicken wire we call "the laws of physics." As a celestial body, the moon just kind of hangs around. It does do some cool stuff, though. For one, it's the perfect size to let us earthlings view total solar eclipses, which is a pretty spectacular luxury we have. Some have suggested that the perfect size of the moon in relation to the sun and Earth is a bit too much of a coincidence, and thus evidence that the moon is fake. Unfortunately, the moon is real, and just like every other real thing in this universe it's growing up to be a disappointment. You see, it turns out the moon is shrinking.

Tectonic activity—the push and pull of tectonic plates in a planet's mantle—in our solar system has, for a long time, seemed to be mostly confined to the Earth. We feel the results of this tectonic activity as earthquakes. We know that the moon used to have tectonic activity, but it was though to have stopped millions of years ago. According to a study published this week, the moon may still be tectonically active, and so-called "moonquakes" are shrinking Earth's satellite like a raisin.

These moonquakes were first recorded by the Apollo missions between 1969 and 1977. Until now, they've been unexplained. A study published in Nature Geoscience found that the epicenters of the mysterious moonquakes seem centered around jagged lines of cliffs called scarps. These scarps were first discovered in 2010, and while researchers suggested that they were the result of tectonic activity, they believed that it had died down around 50 million years ago.  Based of the apparent connection between these scarps and modern recorded moonquakes, the new study concludes that the moon is probably still tectonically active, which came as a shock to researchers. Co-author of the study Thomas Watters says:

“The whole idea that a 4.6-billion-year-old rocky body like the moon has managed to stay hot enough in the interior and produce this network of faults just flies in the face of conventional wisdom.” 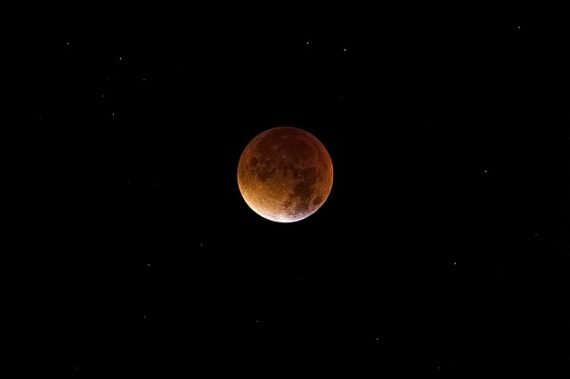 As its interior cools with age, the moon shrinks like a raisin. Its brittle crust compresses and breaks forming the scarps we can see running along the surface. Previously we had thought that this cooling and shrinking process had completed a very long time ago, but the links between the scarps and moonquakes suggest that this shrinking process is still ongoing today. Watters says:

"The connection between the location and timing of shallow moonquakes and known young faults is further evidence that our moon is a dynamic world."

It's not going to shrink out of existence any time soon, of course. Rocks don't feel time the same way we do. But it's good to know that the moon is still doing something. It's also good to know we won't run out of the always entertaining fake-moon arguments any time soon either, because you can bet dollars to donuts that the moon being tectonically active 50 million years after it should be is going to be seen as proof-positive that it's not as old as they want you to think it is.