The Shadow of Roswell: Crashes, Cover-Ups and Conspiracies, Part One

Last week, a strange series of events had been unfolding in the mountains of Western North Carolina, where locals reported what they believed to have been a possible plane crash near the town of Hendersonville.

"Multiple agencies were searching on the ground after a report of a possible plane going down," local ABC News affiliate WLOS reported, stating that rescue and search teams, as well as the Mountain Area Medical Airlift helicopter, were all involved in the search.

Emergency dispatch said they received a call on the evening of Thursday, May 16, 2019 “about a possible downed aircraft" near the intersections of Summer Road and Spicer Cove Road. However, after finding no evidence of a crash, the search was called off by 10:30 PM.

So what was behind the false alarm that had rescue teams out looking for a plane crash?

Surprising though it may sound, one of the simplest explanations had been a meteor streaking through the sky, which are a common occurrence on clear spring nights. Despite their prevalence, people can--and often do--mistake shooting stars for being structured aircraft falling out of the sky. I know this for a fact, since in my experience, these brightly illuminated objects have aroused suspicions about far stranger things than alleged plane crashes. 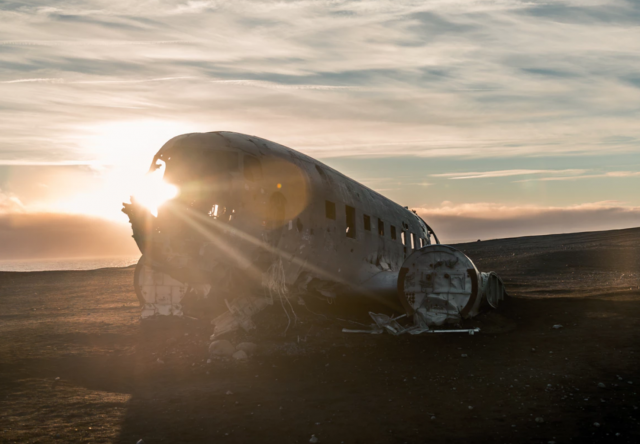 A number of years ago, I was contacted by a MUFON investigator who wanted to share a remarkable story with me. "This is too big," he explained to me in an email. "I think you'd better come up here."

Fortunately, "up here" was only an hour away near the town of Burnsville, North Carolina, a little mountain community that sits quite literally in the shadow of Mount Mitchell, the tallest U.S. peak east of the Mississippi River. It was a quick drive up through the country, which is scenic enough to be enjoyed with or without an urgent call pertaining to something mysterious and UFO-related.

We had agreed to meet at a small Chinese restaurant in a little strip mall off the main road. A pleasant, elderly gentleman, he brought a small leather briefcase with him to our table, and once we had placed our order, he opened it and handed me a newspaper.

"Rather than telling you myself, I think I'll let you read that," he said.

The front page story described an incident remarkably similar to the recent search for a missing plane in Hendersonville: area law enforcement had been called about what appeared to be a plane that went down over Spanish Oak Mountain toward the end of October some years earlier. Once rescue teams were called in to search for the wreckage, they were unable to find any evidence that anything had crashed there at that time.

However, my host thought otherwise. "Not only do I think there was a crash, but I don't believe it was a plane... and I think the authorities are hiding what really crashed that night." As we finished our lunch, we returned to the parking lot and began the second leg of our little adventure; we got in the gentleman's car, and he drove me around to the locations where several people in the community had been interviewed, all of whom did see something in the sky on the night in question.

"This man refused to talk with me at all," he said, pointing up a hill toward a small brick home. "We were told to leave his property immediately."

"Why do you think he had he been so hostile?" I asked.

My driver was silent for a moment. Then he replied, "I think they might have gotten to him first."

As we continued along, we rounded a large corner and he pointed down to our left at another little house with an unkempt front yard. "Now this family had been willing to talk with me, and they gave a very good description of the craft." At the time he visited with the family, the father had said that he remembered seeing a bluish-green object that "sparkled" similar to fireworks as it passed over their home. 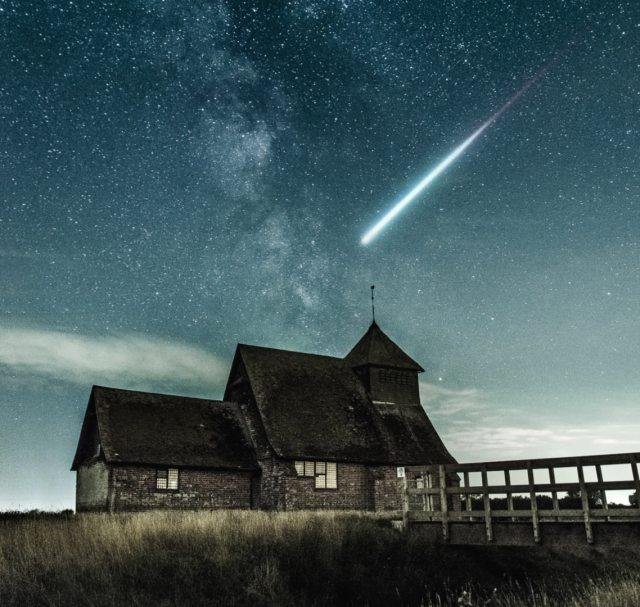 After driving us around to see several other homes of witnesses in the area, he finally explained his own theory about what had happened that night.

"I think it was a saucer," he said. "Quite obviously something was seen... these people couldn't all be lying. And the authorities didn't report what they found because it wasn't a plane at all."

As he dropped me back off at my car, he thanked me for making the trip up the mountain, and we parted ways. However, it was fairly clear by this time what had actually happened that night: observers in the area who had been watching the skies in the final weeks of October had probably seen part of the annual Orionid meteor shower, which occurs around this time every year. Although they generally peak around the 22nd of October, these meteors can be seen on almost any clear night during the latter half of the month, and are actually the result of particle remnants left by the tail of Haley's Comet. According to Space.com, the majority of these cometary fragments are very small (some as tiny as a grain of sand) and can produce very bright trails before burning up in our atmosphere.

In short, based on the color described by those who had seen it, as well as the rather suspicious time of year  it was reported (in fact, the alleged incident had occurred the same weekend that the Orionids would have peaked), it seems very likely that people would have seen something that might have seemed out of the ordinary in the skies that night; it is also very unlikely, being an Orionid meteor, that it ever struck the ground.

It's actually understandable that someone who is unused to seeing illuminated objects in the sky might mistake a falling star for a plane going down. However, in light of all this information, why would this gentleman have leaped to the conclusion that, rather than a case of mistaken identity, that a UFO crash had occurred?

We can sometimes chalk things like this up to willful belief or fantasies, but I think that in this case, the gentleman in question might have actually felt that his theory was logical: if rescue crews had been called out on the night in question, something must have been seen to warrant this kind of response. Furthermore, the witnesses he interviewed all seemed to confirm that an object was seen passing through the sky over their homes, and yet the official explanation was that no wreckage of any kind had been recovered. In his mind, it seemed that something had to have crashed, and if the authorities wouldn't talk about whatever it had been, then there must have been a coverup. What he failed to consider was whether there had been a simpler solution to the problem of why local rescue teams concluded that there hadn't been a crash.

However, I would further argue that there was probably more going on here than just a willful desire to uncover evidence of a groundbreaking UFO crash incident. In fact, part of the reason for his fantastical conclusion was due to the sort of precedent set by what is arguably the most famous investigation in the history of ufology: that of the alleged UFO crash at Roswell, New Mexico in the summer of 1947.

In part two of this article series, we will look more deeply at some of the reasons the Roswell incident had such a lasting effect on UFO investigatons, and further point to how the precedent set by this high-profile, but now rather questionable case has continued to shape attitudes toward UFO study.