The Strange Vanishing and Reappearance of Sherri Papini

People have disappeared into the ether for centuries, never to be seen again, and more often than not appearing dead when they do. Such cases have become a fixture within the world of mysterious unsolved crimes, and they more often than not remain so. In some cases the vanished person in question appears again out of the blue, startling all of the people looking for them, yet unfortunately not bringing many answers to what has happened to them, One such case happened in the U.S. state of California, and concerns a mysterious woman, who disappeared into thin air only to come back into existence weeks later with a perplexing unsolved mystery which leaves all puzzled and baffled to this day.

And now we get to the story. 34 year-old Sherri Papini had a pretty good life for herself. She lived in a nice house in Redding, California, with her two cute kids and husband, Keith Papini, and she was a fit and attractive woman who seemed to be completely happy with her life. On the day of November 2, 2016, Sherri went on one of her usual jogs out in the woods near her home, telling her husband that she would pick the kids up from their daycare later in the day as usual. She then proceeded to run out along that trail and apparently right off the face of the earth, missing her scheduled appointment to pick up her children and failing to return home at all.

This sent her husband into a bit of a panic when he came home and there was no sign of her, and even as he notified authorities he began launching a search of his own through the “find my iPhone” on his wife’s phone. He would manage to find it along the trail where she usually jogged just about a mile from their home, along with some discarded earphones and strands of hair, but of Sherri there was no sign, just those quiet woods watching him. In the meantime, police began a series of searches for the missing woman as they distributed flyers and offered hefty rewards for any information leading to her discovery, but this produced nothing. The case went on to get international coverage, and people all over the world were wondering just what had happened to Sherri Papini.

Frustrated with the lack of progress from police, Keith Papini set up a GoFundMe page to raise money for his own private investigators, and the reward for information was substantially raised by the family and an anonymous donor, much to the chagrin of police, who thought it would muddy the investigation and bring in money grubbing scam artists. There were also YouTube videos made imploring people to come out and give information for cold, hard cash. During this time theories flew about what had happened to her, including the ideas that she had been kidnapped and sold into sex trafficking, had been involved in or witnessed a drug deal gone wrong, or had merely been in the wrong place at the wrong time.

Just as everyone was losing hope and thinking that Sherri Papini had vanished into thin air for good, things took a turn for the strange. Out of nowhere, at around 4:30 AM on Thanksgiving day, November 24 of 2016, three weeks after her bizarre vanishing, Sherri Papini was found wandering along County Road 17, near Interstate 5 in Yolo County, which was around 150 miles from where she had started. Thankfully for everyone involved it was not a corpse that was found cast aside the side of the road, but rather that she was very much alive and in reasonably good health. She had been bound, with clasps around her wrists and a chain around her waist, and she showed signs of having endured physical abuse, such as a broken nose, bruises, and a brand burned into her shoulder. Her once gorgeous long flowing blonde locks had also been unceremoniously hacked off and she showed signs of emaciation and under nutrition as well, but she was in remarkably good condition for someone everyone had expected to turn up dead or to never return at all. Yet, the case only gets stranger from here.

When she had come to her senses and was finally questioned, Sherri wove a tale of having been abducted by two Hispanic women with covered faces riding a dark SUV while she had been out jogging on that fateful day. She claimed that they had thrown a bag over her head and whisked her away to an unidentified location, although she didn’t remember much of what had happened in the intervening weeks. The last thing she could really recall was her captors driving her out along that road and physically kicking her out of the car before tearing off into the night. Sherri was unable to remember what exactly the vehicle had looked like, anything of the women’s facial features, and could give no details of where she had been held. The authorities didn’t even have a good idea of what exactly had happened to her in her captivity, and it was immensely baffling, without any suspects, clues, or motive of any sort.

Things would get even odder still when physical evidence was analyzed, and DNA samples from an unknown man and female were found on her, not two women, which was only one of the strange things that did not seem to add up with the story Sherri was telling. The DNA itself was run through every database authorities could find and did not turn up a match, and the only thing they know for sure about it is that it is not from her husband. Another odd detail was that the victim insisted that she had gotten into a scuffle with the two abductors when they had taken here, which had resulted in a badly cut foot, yet there were no such cuts to be found on her feet at all. This seemed to show that something wasn’t really adding up, but what?

In later years there have been other strange tips and leads that have popped up. One is new information released in 2017 that Sherri had been in contact with a man living in Michigan, who she had planning to meet in person around the time of her disappearance. This was considered such an intriguing new development that police actually questioned the man, only to ultimately dismiss him as a suspect. There were also details dug up on Sherri Papini that seem to suggest that she had been dealing with mental issues at the time, and that she had even been accused of misleading police back in 2003 in a separate incident. All of these disjointed details have exposed cracks in the story that, along with the lack of clear memories and the strange circumstances of the abduction, have led to the notion that Sherri Papini maybe knows perhaps more than she is letting on, and that she is perhaps even lying about the whole thing. Adding to all of this is the fact that the 3-week abduction period doesn't seem to add up either, and investigator Ken Ryan has said of this:

In my 25 years I’ve never seen a case like this where someone was kidnapped, held captive for 20 something days then just released. None of it makes sense.

Making it all rather odder is the sluggish response from the very ones investigating it. For instance, the information on the man in Michigan and the actual sketches of the supposed abductors weren’t even released to the public until over a year after the abduction, in 2017. Why should this be? The case has been ongoing, with authorities chasing hundreds of leads and clues over the years, but it all comes back to Sherri Papini, who has since sort of turned into a recluse, refusing to take interviews or further elaborate on what happened to her. We are left to simply theorize and speculate. 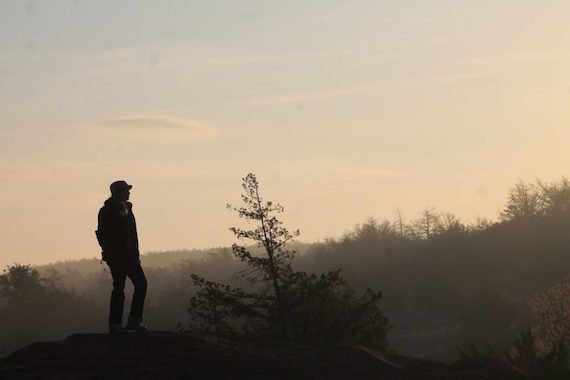 So what did happen to her? One of the earlier ideas was that she had tried to get away from her life and skip out of town, only to have a change of heart and come back. In this scenario, the whole abduction thing was orchestrated to save face. Another idea was that Papini was trying to instigate strife between whites and Latinos on some racist agenda. Or maybe she hoaxed the whole thing for some sort of monetary gain? Of course there are still plenty of people who believe her plight, and think that this was the doing of sex traffickers, although why they never asked for a ransom or put her to work, only to dump her on the side of the road as suddenly as she had disappeared is anyone’s guess. For his part, Keith Papini has stood by his wife’s plight, saying to the media and the conspiracy theorists:

Rumors, assumptions, lies and hate have been both exhausting and disgusting. Those people should be ashamed of their malicious, subhuman behavior. We are not going to allow those people to take away our spirit, love or rejoice in our girl found alive and home where she belongs.

What happened to Sherri Papini? Was she really abducted, and if so by who and why? If so, why did they dump her back out on that road three weeks later? Was this a hoax for some reason, the delusional ramblings of a troubled mind, or something else altogether? To this day her case remains unsolved, and there have been no clear answers to what happened to her from the time she was "abducted" to the time she was found. The whole case has gone on to become one of the stranger missing persons cases out there, and as long as she refuses to talk with anyone we will probably know nothing, and this case will be doomed to an eternity in the limbo of debate and speculation.