The Terror That is the Tall Man Spirit

The Native Americans of the Pine Ridge Indian Reservation, South Dakota, believe in the existence of an extremely dangerous and supernatural creature in their midst. They refer to it as the Tall Man Spirit. It is also known as Walking Sam; the latter is the name which has proved to be easily the most popular of the two monikers. He or it – go ahead and take your pick - looks not at all unlike the Slenderman. Walking Sam is in excess of seven feet in height and, just like the Slenderman, he doesn’t have much in the way of meat on his bones. His arms and legs are long and spidery. And he lacks a mouth. Peter Matthiessen, who in 1983 wrote a book about the area and its people – titled In the Spirit of Crazy Horse – said of the supernatural thing that it is “both spirit and real being, but he can also glide through the forest, like a moose with big antlers, as though the trees weren’t there.”

Note that Matthiessen references Walking Sam in a wooded-based context, which is the preferred domain of the Slenderman - of both lore and reality. And, just like the Men in Black, the Shadow People, and the Mad Gasser of Mattoon – all of which were inspirations for Eric Knudsen’s spindly beast in black – Walking Sam wears a black hat. In his case, though, it’s usually of the old, stovepipe variety. Walking Sam, like the Slenderman, is alleged to have the ability to take control of peoples’ minds. We might accurately call it a form of mind-enslavement. Perhaps, this might explain a deeply disturbing event that occurred on a particular day in February 2015.

A large number of teenagers from the Pine Ridge Indian Reservation headed out to a specific area of land that was dominated by trees. There was a notable reason for this; albeit hardly a positive one. The plan was for each every one of them to hang themselves by the neck and from the trees - which explained why they all went to the area armed to the teeth with nothing but… rope. Thankfully, John Two Bulls, a local pastor, heard of what was about to go down there and quickly managed to stop what would very likely have become a mass suicide of almost unthinkable proportions. More than a few of the tribes' people were privately of the opinion that Walking Sam – not unlike some gruesome and insanely evil Pied Piper – had led the teenagers to what almost turned out to be their place of death. 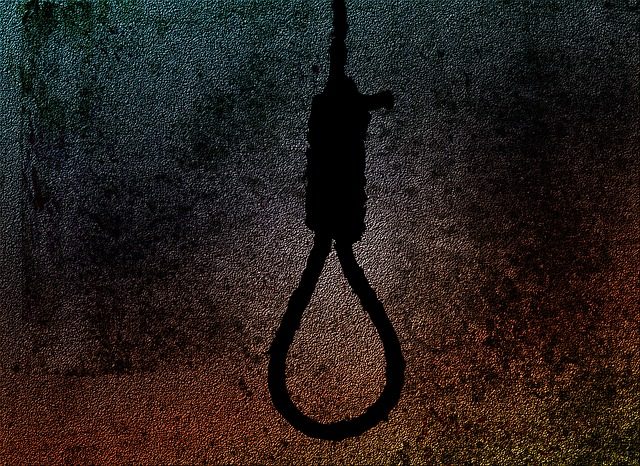 This particular theory is bolstered by the words of a minister, Chris Carey, who works with the kids who live on the reservation. He says that the Tall Man Spirit / Walking Sam seems to be telling the young people on the reservation to take their lives.  Intriguingly, the monster does so by inserting itself on the Internet, its shadowy, spindly form appearing on-screen, which is very similar (and eerily similar) to the 2016 experience of “Lacy,” as discussed in an earlier article from me here at M.U. Indeed, the Slenderman too is an entity that haunts the Internet – further evidence that Walking Sam and the Slenderman are very likely two parts of the very same sinister phenomenon.

“Red Pill Junkie,” who is a regular contributor to the very website you're on right now, says that what we have here may amount to “…a cultural ‘remix’ between the older myth of the Tall Man/Suicide Spirit which already existed among Native Americans prior to the rise of the World Wide Web, and the newer, more potent icon of Slenderman introduced to these communities through the pervasiveness of new social networks…”