The Weird Saga of a Welsh Wild Man

Moving on from the dark and menacing saga of the Man-Monkey of England’s Shropshire Union Canal of my earlier article, let us now turn our attentions to the haunting wilderness of North Wales, U.K. Oll Lewis, an ecologist and a key and integral player within the Center for Fortean Zoology, has investigated a fascinating old legend pertaining to what can only be termed a definitive Welsh wild man. Oll reveals that villagers in Nant Gwynant – which is a truly picturesque valley situated in Snowdonia, Gwynedd, North Wales - have for many a century told, in hushed tones, a turbulent and nightmarish story of definitive British Bigfoot proportions, and of how a dark and mysterious cave in the old valley – the Cave of Owen Lawgoch - came to be known, decidedly infamously so, as the abode of "the hairy man." Oll’s research has revealed that long, long ago, villagers and shepherds in the area of Nant Gwynant were plagued by a silent and stealthy thief who would break into their homesteads under the protective covers of shadow and darkness on a disturbingly regular basis.

Those same villagers and shepherds would awaken to find that their goats and cows had been inexplicably milked, much-needed food was stolen, and a number of sheep were taken during the night, never to be seen again, their unfortunate fates surely sealed. The carnage and thievery, says Oll, "went on for some years and every time anyone laid a trap for the thief it never took the bait and the finger of popular suspicion passed from ne’er-d’-well to ne’er-d’-well, with each suspect’s guilt eventually being disproved." So, what – allegedly, at least – was the true nature of the nightmarish beast said to have been roaming the densely-treed, ancient valley? According to North Wales-based legend it was a creature of undeniably primitive proportions and terrifying appearance, one that seemed intent on tormenting the people of the picturesque area whenever, and however, possible, as Oll notes: "One day a shepherd was returning from the mountains later than usual and spotted something strange; a huge, burly naked man covered from head to toe in thick red fur was resting on a neighbouring hill. The shepherd suspected that this out of place and strangely hirsute giant might be the thief that was plaguing the village, so the shepherd snuck past the man without being detected and ran back to the village as soon as he was out of sight." 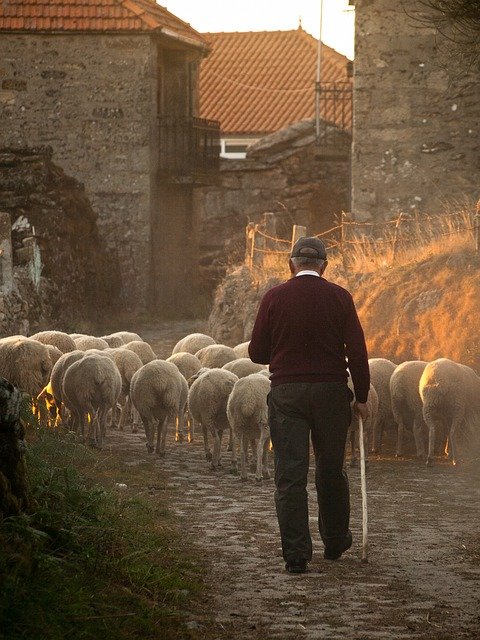 The story continued that when the shepherd in question breathlessly reached the heart of Nant Gwynant, he persuaded all of the available men-folk of the village to join him in a quest to, once and for all, rid the area of the creature that had elected to descend upon it and its people. Evidently, and unfortunately, not much thought went into this particular exercise. It basically involved little more than the hysterical posse charging up the green hill, and towards the wild man with crude, homemade weapons in hand, while simultaneously screaming at him at the top of their lungs. Not surprisingly, alerting the hairy man-thing to their presence was hardly the cleverest of all moves that the group could have made. The mighty beast shot away – on all-fours, interestingly enough – and, as Oll noted, in a fashion that suggested "the skill and precision of a deer."

A close and careful watch of the hill and its immediate surroundings was made from that day onward, in the event that the man-beast might return to once again wreak diabolical havoc upon Nant Gwynant and its frayed and fried populace. It was, without doubt, a most wise decision. Barely a few days passed before the menacing entity returned, to both feed voraciously and spread fear and chaos across the immediate land. This time, however, the villagers took a new and novel approach to tackling their quarry. The plan was to let loose a pack of vicious hounds upon the British Bigfoot-type animal, in the hope that the dogs would succeed where the men had overwhelmingly failed. Unfortunately, this action proved utterly fruitless, too. As soon as it caught wind of the scent of the hounds, the hairy thing was gone, once again bounding away in almost graceful fashion as it made its successful escape, and easily leaving the snarling dogs far, far behind.

Oll reveals that a distinctly alternative plan of action was then put into place: "One man came up with the idea of consulting a magician. The magician told the villagers to find a red-haired greyhound without a single hair of a different colour and this would be able to catch the man. After much searching and bartering with local towns and villages the people of Nant Gwynant found a dog that fitted the bill and proudly took him home. When the villagers next saw the hairy man they were ready with the red greyhound and it was set loose to catch the hairy man. The hairy man escaped again by leaping down a small cliff." 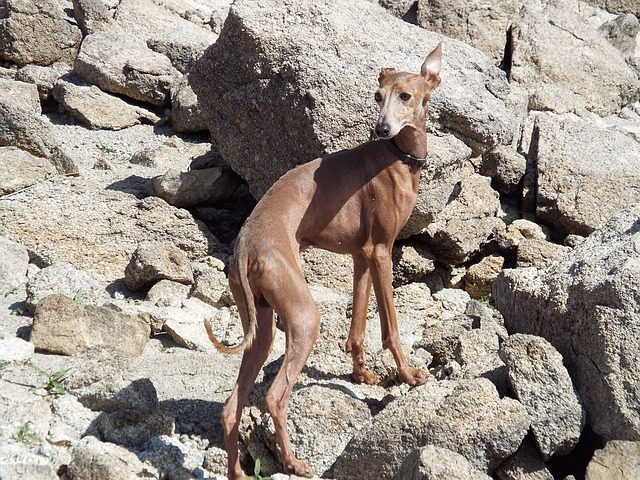 Were the people of Nant Gwynant cursed to forever have the marauding thing in their very midst? No. If the men, the dogs, and even the supernatural powers of a renowned and mysterious purveyor of ancient magic had failed to put paid to the monster-man and its terrible actions, then, quite clearly, another approach was sorely needed. It fell upon one of the women of the village to come up with a plan of attack to rid the area of the terrifying beast. Oll demonstrates what happened next: "One woman was so angered by her frequent losses she decided to stay up every night and hide herself in the front room of her farmhouse to wait for when the hairy man decided to pay a visit. Sure enough after a few weeks the hairy man paid a visit to the wrong house and the lady was waiting with a hatchet. She remained hidden, until the man had squeezed his bulky frame half way through the window, before she struck the hairy man with her hatchet. The unexpected blow cleaved off the hairy man’s hand in one blow and he recoiled back out of the window before the woman could smite him with a further whack. The brave woman dashed out of her door, hatchet in hand ready to finish the man off but by the time she had gotten outside he had fled."

The wretched terror that had descended upon Nant Gwynant had finally reached its end, much to the overwhelming relief of the entire neighborhood, as Oll reveals: "When the village awoke the next day and the men learned what had happened they followed the trail of blood the hairy man had left behind to a cave beneath a local waterfall. As the big hairy man was never seen again it was assumed by the villagers that he had died in the cave, so the cave was named 'the cave of the hairy man.'"