This is Big — UFO Coverage in The New York Times

All the UFO News That's Fit to Print

Those writers who cover UFO sightings and those readers who believe some unidentified flying objects are not conventional human-made aircraft have resigned themselves to the fact that these encounters get covered by tabloids, paranormal websites and minor or obscure news services. That’s no longer the case. On the weekend of the biggest military holiday in the U.S. --  Memorial Day -- The New York Times (“All the News That’s Fit to Print”) published a detailed article whose title says it all: “‘Wow, What Is That?’ Navy Pilots Report Unexplained Flying Objects.”

“We have helicopters that can hover. We have aircraft that can fly at 30,000 feet and right at the surface.” But “combine all that in one vehicle of some type with no jet engine, no exhaust plume.”

The article doesn’t just describe the encounters between pilots and UFOs, it names names and includes pictures – allowing these eyewitnesses to come out of the military and self-imposed shadows, censorship, enforced suppression and threat of discharge to tell their stories. Lt. Ryan Graves, a 10-year veteran and F/A-18 Super Hornet pilot, told the Times that he and his fellow pilots know these are not conventional aircraft they’re watching because “Keeping an aircraft in the air requires a significant amount of energy. With the speeds we observed, 12 hours in the air is 11 hours longer than we’d expect.”

Despite what certain people in high office imply, The New York Times does its journalistic job and interviews science and physics experts who explain how and why these encounters can be of the non-alien kind. Here’s Leon Golub, a senior astrophysicist at the Harvard-Smithsonian Center for Astrophysics:

“[An extraterrestrial cause] is so unlikely that it competes with many other low-probability but more mundane explanations. There are so many other possibilities — bugs in the code for the imaging and display systems, atmospheric effects and reflections, neurological overload from multiple inputs during high-speed flight.”

Of course, military pilots have heard all of this before. What’s new – and exciting to those in UFO research – is that they’re fighting both tradition and their current commanding officers to reveal these encounters to the general public and in publications like The New York Times where they’re exposed to tough journalistic scrutiny. 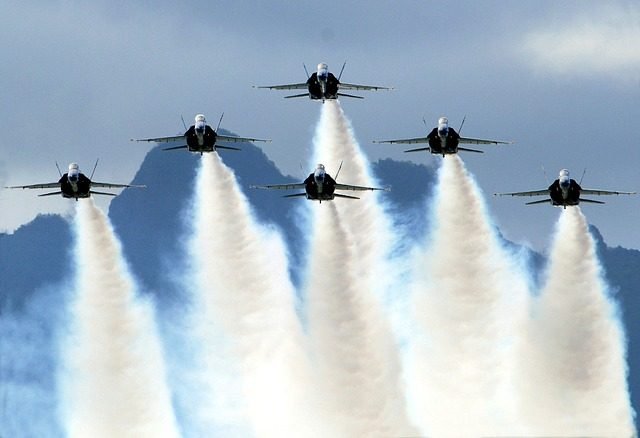 “I almost hit one of those things.”

The last thing pilots want is midair collisions and they know their fellow military members would not intentionally put their own in danger with new or unconventional test aircraft or drones. However, the Times could not pin down Lt. Graves or any of the other witnesses interviewed for the article on what they had encountered numerous times in close and even dangerous proximity with their own high-speed sophisticated jets. Do they still fear reprisals or ridicule? This coverage by The New York Times truly lets the UFO cat out of the secrecy bag. It’s only a matter of time before other whistleblowers come forth in this age of whistleblowers coming forth.

Sex Between Earthlings and Mars Colonists Could Be Fatal