If the great (and not-so-great) pharaohs were alive today, they might object to the fact that Tutankhamun gets all of the fame, the best museum exhibits and a song by Steve Martin just because he lived fast, died young and no one looted his tomb. Well, get ready to add two more. A Canadian Egyptologist claims to have solved the mystery of who ruled over Egypt before Tutankhamun took over and she thinks it was two sisters co-ruling as a pharaonic tag-team. Who got to sit on the throne? Who got to hold the royal cat? 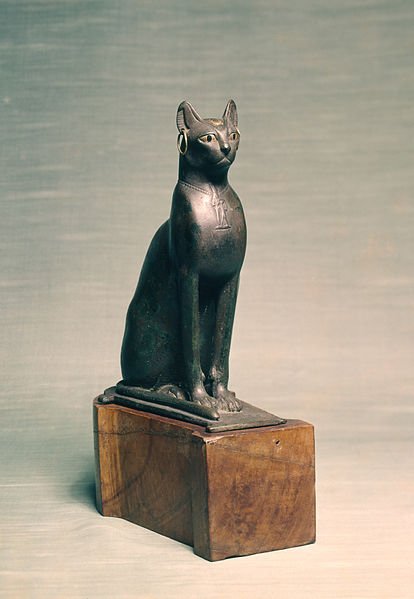 In a presentation at the American Research Center in Egypt annual conference in Alexandria, Virginia, Valerie Angenot, an Egyptologist at the Universite du Quebec a Montreal (UQAM) proposed that the chaotic succession after the death of Akhenaten included two of his daughters who ruled together until Tut was nine. What’s been pieced together from various writings is that Akhenaten was succeeded for a year by his son-in-law Smenkhkare (married to Meritaten), who may or may not have co-reigned briefly with Akhenaten and may have been female instead of male. That confusion continues with Nefertiti, wife of Akhenaten, who some think may also have been Smenkhkare as a way to disguise herself so she could take over and rule briefly until her death.

Confused? Angenot doesn’t clear things up. While some scholars think Smenkhkare or Nefertiti were succeeded by Tutankhamun, others believe the female who took over was actually Meritaten, who was Akhenaten’s eldest daughter and one of his wives who he was grooming to take over the throne. Angenot claims she’s found symbols and inscriptions which imply that, while Meritaten did indeed succeed her father, she was co-regent with her sister, Neferneferuaten Tasherit and together they ruled under one name. possibly Neferneferuaten, which is a name also associated with Nefertiti.

Tutankhamun, Akhenaten’s only son, took over at age 9 or 10 after the death of Neferneferuaten Tasherit. Meritaten became his foster mother and he married Ankhesenamun, another of his half-sisters, thus keeping things all in the family.

With the vague and incomplete nature of Egyptian writings and symbols, Angenot is not 100% sure of her theory, but she says it was mostly well-received at the conference and she plans to continue her research.

In the meantime, someone needs to write a song about the pair of female pharaohs. Egyptian Girls Just Want to Have Fun? Me and My Pharaoh Shadow? You and Me and Tut Makes Three?

The Mysterious Boat at the Edge of the World