UFO Disclosure: What Will the Public Really Be Allowed to Know?

UFOs are all the buzz lately... and have been ever since the initial reporting by the New York Times about the Pentagon's Advanced Aerospace Threat Identification Program in December of 2017.

Since that time, further information has seeped forth at a slow trickle, with recent events including confirmation that the Pentagon had been behind the release of unusual footage promoted by the To the Stars Academy, a private UFO study group that also has various commercial interests. The group is headed by former Blink 182 frontman Tom DeLonge, although Luis Elizondo, former head of the Pentagon's UFO program, is also a member.

In recent news, an announcement by the US Navy reported previously here at Mysterious Universe announced plans to draft new procedures for UFO reporting. Speaking with the San Francisco Gate, Joe Gradisher, a spokesperson with the office of the deputy chief of naval operations for information warfare, further stated that this information would include sensitive classified data, and therefore would not be released to the public.

"Any report generated as a result of these investigations will, by necessity, include classified information on military operations," Gradisher said. 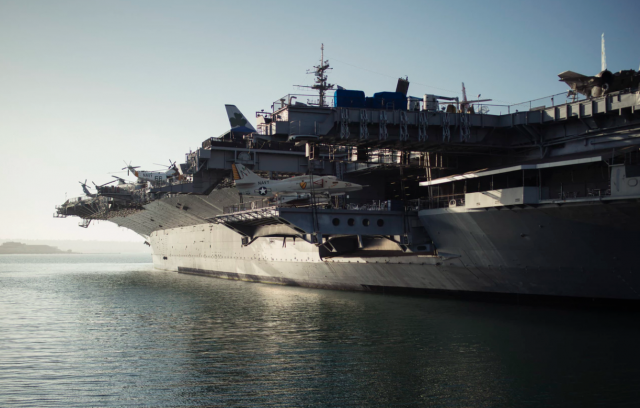 With this in mind, it remains in question just how much information about ongoing UFO studies the public would be made aware of (although the Navy's acknowledgment does raise hopes for the possibility of Freedom of Information Act requests, which might allow proper civilian channels for accessing certain government records, albeit in redacted form).

Despite the necessity for secrecy in UFO reporting by government agencies like the Navy and USAF, there is still some compelling information about UFO incidents that the government has made available in recent years. It is accessible on account of the simple fact that it was never classified in the first place; however one has to know where to look in order to find it.

The Aviation Safety Reporting System (ASRS) is an online database which logs incident reports related to possible aviation safety hazards. For the last several decades, the ASRS has been maintained by NASA, and allows aviation professionals in various lines of work to report potential concerns anonymously (so as to remove concerns over things like future litigation).

The bulk of the information presented in the ASRS reports deals with issues pertaining to electronic or mechanical problems, as well as weather-related issues and other similar things. Some reports also relate to concerns about collision avoidance, whether between two separate aircraft, or between aircraft and objects or animals (birds hitting aircraft during initial ascent is another frequent happening).

Then there are the odd reports that, while remaining in the distinct minority, nonetheless convey some of the really unusual things going on in our skies.

One of my favorites is an incident that occurred in August of 2015, where a pilot observed an extremely unusual object at approximately 3,500 feet in altitude, and a distance of five miles Northeast of Windham High Peak in Greene County, New York.

According to the incident report:

I was piloting and had a passenger along for his first flight. We could not see any kind of wings, rotors, or form of propulsion. Unfortunately, my camera was stuck in my pocket under tight seat belts and I couldn't get it out while flying the glider trying to avoid hitting this thing.

It was about 6 feet tall, 2-3 feet wide. Top of UAV was extremely radiant, with black half sphere under the radiant top and what appeared to be an antenna under the half sphere, we watched it skimming over the tree tops below and to the right of our flight path. It was moving at a fast speed southwest toward Windham High Peak. It had a very sparkling appearance like sun shining on a mirror with rainbow colors. I was flying northeast from Windham High Peak at about 3500 feet. As we watched the UAV I banked to the left and half way through the turn and now pointing at Windham High Peak, the UAV turned around and came toward us at a high rate of speed. As I got 3/4 of the way through the turn was within 50 yards of my right wing, quickly got in front of me and followed me around the turn getting closer until it was off my left wing, probably no more than 25-30 yards away. It covered about 5 miles in just a few seconds. We had a really good view of it.

The report concludes with an interesting twist: the pilot notes that as the object left its position off of his left wing, the passenger flying with him "looked up and saw two more UAVs come out of the cloud directly over us." The pilot, seemingly unnerved by the experience, told his passenger they were "returning immediately to the airport," at this point.

"I pushed the nose down and picked up speed," the final line of the report reads. "The UAVs then headed to the west at a fast speed."

Standard procedure with ASRS reports of any kind usually involves at least one follow up call, in order to glean any additional details that might be determined about the incident in question. With relation to the incident above, additional commentary was provided by the agent who made the follow up, who noted the following:

The reporter estimated at first visual contact the UAV was approximately 3.5 miles away down the hill. It sped up hill to the reporter's aircraft at a much higher speed than the aircraft. The reporter estimated the closure took less than a minute and as he accelerated his aircraft away from the craft it followed, maneuvering at a speed much high than his. Two other similar shaped UAVs also had brilliant tops but colors somewhat different from the first which was a shimmering, brilliant rainbow type light.

It's a tantalizing story, to say the least. While it certainly leaves determinations about what the "UAVs" was a bit open-ended, it nonetheless appears to convey a genuine concern on part of the pilot (enough so, obviously, that he or she felt compelled to file an incident report with the ASRS). 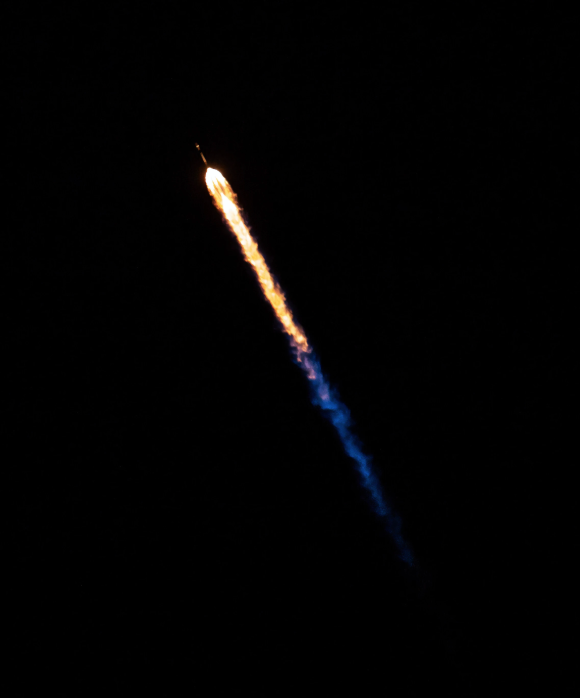 It is also just one of several reports of "unknowns" that appear in the database, although the majority of reports that involve unknown or unconventional aircraft are either indistinct, or they describe objects that more closely resemble some kind of unmanned aerial vehicle or projectile. The prevalence of the latter of these two, in fact, served as part of the basis for my own inquiry into "ghost rocket" reports since the end of World War II (the name is borrowed specifically from the sightings of projectile-like objects over Scandinavia in 1946, although I apply it more broadly in my book The Ghost Rockets: Mystery Missiles and Phantom Projectiles in Our Skies).

Although many of the ASRS reports of unidentified craft aren't as exciting as the case outlined above, they nonetheless point to an odd prevalence of unusual things in U.S. airspace, which were of obvious concern to the pilots and aviation professionals who encountered them. Whether or not the Navy and other agencies are able to disclose information from their forthcoming inquiries, the fact alone that they have publicly stated an intent emphasize their UAP studies is noteworthy.

In Memory of Peter Mayhew and Chewbacca