UFOs Around the World: Norway

For the past several months, I’ve been conducting interviews with leading UFO researchers from countries around the world in an effort to paint a clearer picture of global UFOlogy today.

This week, our global UFO trek transports us to the idyllic setting of Norway, and to filmmaker Terje Toftenes, who has explored the UFO enigma in his acclaimed documentaries The Portal: The Hessdalen Light Phenomenon and The Day Before Disclosure.

RG: Who have been the defining figures in Norwegian UFOlogy over the past 70 years, for better or for worse, and why?

TT: As the main investigator of the Hessdalen UFO-phenomenon and an internationally established lecturer on these topics, Dr. Erling Strand is certainly a defining figure in Norwegian UFOlogy. Also important are Mentz Kaarbø and Ole Brænne for their role as editors of the only Norwegian UFO magazine since the seventies. Being the present leader of Norwegian UFO Center, Oftedal is a significant figure. This list should also include individuals such as Kenneth Jacobsen and Arnulf Løken, who are long-time leaders of local UFO groups. Also worthy of inclusion are Bjørnar Hvidsten, an Oslo-based event organiser and UFO activist, and Terje Wulfsberg, a Westcoast-based event organiser and UFO activist. I would also include myself as the producer of two internationally rewarded documentaries on the UFO subject: The Portal – The Hessdalen Light Phenomenon and The Day Before Disclosure, both of which are available on Vimeo through my website.

RG: Aside from the anomalous lights often sighted around Hessdalen, what do you consider to be the most compelling Norwegian UFO incident on record, and why?

TT: There are so many, from the “Ghost Rockets” of the 1940s, to several reports of close encounters with landed craft and face-to-face meetings with ETs. Many retired airliner pilots I have met with have told me privately about numerous incidents with UFOs during their careers.

RG: Why is Hessdalen so important? What clues, if any, might it offer as to the underlying nature of the UFO enigma?

TT: Hessdalen received national attention from February 1981, as reports came of daily observations of lights and structured craft moving up and down the small valley. For more information about this, I would recommend my documentary, The Portal. Hessdalen has been visited by many researchers and scientists from all over the world, among them Dr. J. Allen Hynek, who proclaimed that Hessdalen was a “UFO-laboratory” due to the high frequency of observations there in the 1980s.

RG: Is Hessdalen still an active area for UFO sightings?

RG: What is the Norwegian government’s official stance on UFOs? When was the last time it issued a statement on the subject?

TT: The subject of UFOs doesn’t seem to be a noticeable to our government, and I cannot recall any comments made by any officials.

RG: Does the Norwegian Ministry of Defence have an official UFO investigations unit?

TT: Not to my knowledge.

RG: Has the Norwegian government shown more or less transparency on the UFO subject than the US government?

TT: No files have been released from our government. It’s simply not a topic here.

RG: Does Norway have a national UFO investigations organisation today, and how many smaller Norwegian UFO groups are you aware of?

TT: We have a group called Norwegian UFO center that collects reports and presents them in their magazine, together with articles on the subject. It is published four times a year. Some smaller private groups of engaged people have been organised over the years, but nothing significant. Actually, just recently, in May 2019, we had a full-day conference on the UFO subject in Oslo, and it gathered 100 attendees. Not bad! 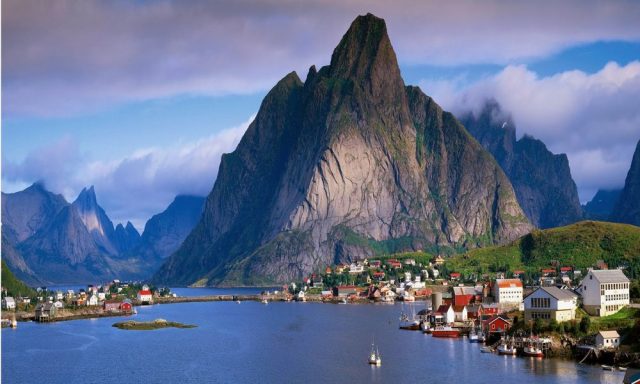 RG: What are the most active regions of Norway for UFO sighting reports hotspots?

TT: Hessdalen is probably still the place, and, as far as I know, some fjords on the west coast.

TT: Once, in Hessdalen. Around midnight, sitting on a mountain top with several people. Two bright lights appeared right above us, hovering side-by-side for 20 seconds before they shot into the stars. No sound. Pretty amazing!

RG: How long have you been involved in the UFO subject; roughly how many cases have you personally investigated; and what conclusions, if any, have you drawn about the underlying nature of UFO phenomena?

TT: I have been interested in the subject since I was a 12-year-old boy in 1962 and came across a book on my father’s bookshelf: George Adamski’s The Flying saucers have landed. He bought it in 1954 after a UFO incident on a Norwegian airfield where he worked at the time. A large disc had hovered over the remote military airfield and was seen on radar and by many of the personnel there. This incident triggered my father’s interest, and later my own. I have pursued the subject all my life and I’m convinced of its legitimacy and importance. I believe we are being visited—or, perhaps more accurately, monitored—by many ET groups. All the ongoing craziness on this planet must be of great anthropological interest to anyone out there watching. I also believe that an apparent alien hybridisation programme is a key part of this story, which is still unfolding. Budd Hopkins, David Jacobs, John Mack, Barbara Lamb and many others have done a great job exploring this. 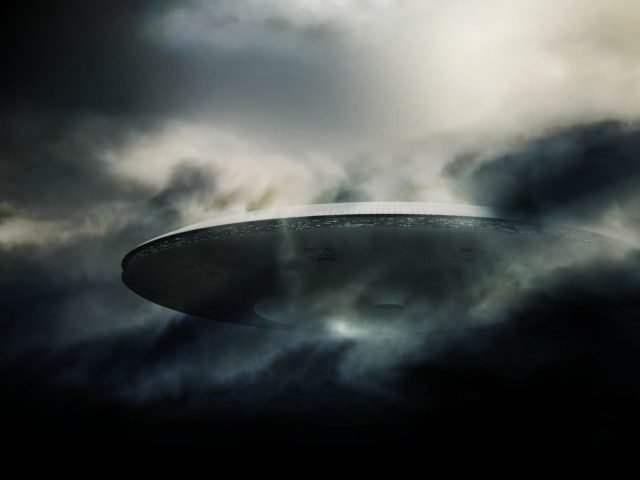 But, as Edgar Mitchell once pointed out to me: “Beware, you are entering a minefield!” So much dis-and-mis-information; so many wild conspiracy theories; so many self-proclaimed experts and prophets with and big egos, and so on… these are choppy waters to sail. The truth is out there—unfortunately, it’s not always down here. That’s one of the reasons the media has kept its distance, as a great deal of UFO reports are hard to verify. Quoting someone who is later proved to be a fraud does not well serve the publishing businesses. I can understand the editors’ reluctance. It can be very unclear at times what one should believe or not.

RG: How can Norwegian UFOlogy, and UFOlogy in general, better itself?

TT: It depends on what your goals are. Are UFOs something we “need” to force on the general public, or is this a phenomenon that by itself attracts the people who are ready for it? I kind of feel the latter is where I stand at the moment. What we can best do is to help make credible information available, but people must decide for themselves whether or not they wish to engage with it. It is an evolutionary process; one that that cannot be pushed too much. It must follow a natural flow. We cannot save the planet by yelling out that UFOs are real, but by presenting credible information through quality presentations, we can create a curiosity for this and other “paranormal” phenomena, showing that they are not paranormal at all, but actually completely normal and explicable. Mainstream science has just not arrived here yet. Discovering that we are not alone in the universe and becoming a part of a galactic brotherhood is likely to be a natural part of our evolution and it will come when the world is ready for it. But we probably have to grow up first as a civilisation, and to discipline our barbaric nature, which still haunts us and keeps visitors at safe distance. Meantime, we UFO-nerds can enjoy the ride.