Will Our Water Run Out?

Water is, arguably, the most important commodity on the planet. Without water, we will die. It really is that simple. Right now, at least, most of the world has a regular supply of water. Of course, there are those parts of the world where famine and a lack of water exist. But, for the most part, the rest of us don’t have to worry about going without water. Or, do we? While today we take water pretty much for granted, in the years ahead we might be for some big surprises. And they won’t be pleasant surprises. The day may come – and it may come soon – when there will be widespread control and regulation on who gets water and how much. The CDC – the Centers for Disease Control – recognizes the importance of water, specifically when it comes to issues concerning our health and survival. On this matter, the CDC says: “Getting enough water every day is important for your health. Healthy people meet their fluid needs by drinking when thirsty and drinking with meals. Most of your fluid needs are met through the water and beverages you drink. However, you can get some fluids through the foods that you eat. For example, broth soups and foods with high water content such as celery, tomatoes, or melons can contribute to fluid intake.”

There are countless other reasons why it’s vital that we intake significant amounts of water each and every day. When the body lacks sufficient amounts of water, the process of ridding the body of wastes is slowed down. Water helps to ensure that our body temperature is maintained at a steady thirty-seven degrees Celsius. When we dehydrate, and particularly so when temperatures soar, our bodily mechanisms strain to keep our temperatures in check. When we dehydrate to dangerous levels, and when the temperature is scalding, heatstroke can quickly set in. Death can soon follow – if steps are not taken. Water also helps to keep our joints oiled and supple. It even ensures that our spinal cord remains healthy. In other words, water is not just about helping to get rid of a dry mouth on a hot day. It’s the one thing that we simply cannot do without. And, there really is no substitute: yes, a cold, ice-filled glass of soda or iced-tea might feel good when you drink it, but, in the long-term, both will only make you even more thirsty and dehydrated.

In light of all the above data, it’s very easy to see how, if the world’s population is restricted to a limited amount of water on a daily basis, disaster, catastrophe, disaster and death could soon follow. Ruthlessly regulating the world’s water supply is, perhaps more than any other, the one way in which we could find ourselves as slaves to government.  But, is such a bleak scenario really possible? Could it happen? The answer to both questions is: Yes. And it would be all too easy to do so. Indeed, concern is already being expressed about the lack of water in a world where the population is increasing in number at alarming rates. The stark fact is that when the population of the planet reaches ten or eleven billion – perhaps even twenty billion in just a few decades – the time may come when someone in power will resort to drastic actions – namely, placing a limit on the one thing that ensures our life. 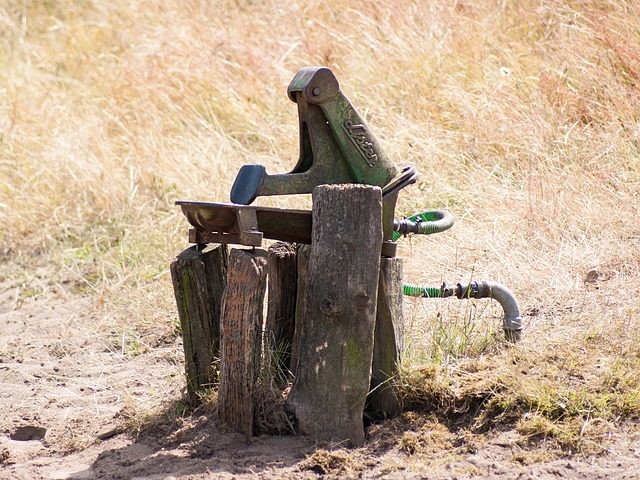 The one body, more than any other, which recognizes what the future might have in store for us is the United Nations. Having carefully studied trends on population growth, the lack of water in certain parts of the world, and how the future might be molded by a sudden crash in water supplies, the U.N. provides the following: “According to the Millennium Development Goals Report 2012, 783 million people, or 11 per cent of the global population, remain without access to an improved source of drinking water. Such sources include household connections, public standpipes, boreholes, protected dug wells, protected springs and rainwater collections. The world has met the MDG drinking water target five years ahead of schedule but work is not yet completely done.”

It certainly is not done. The United Nations admits that much more work needs to be done when it comes to the issue of water. For example, the U.N.’s statistics demonstrate that in Sub-Saharan Africa close to fifty percent of all people lack the necessary, daily levels of water that are vital to our long-term health and survival. Terming the issue of less than adequate water supplies as a “global crisis,” the United Nations has, over the years highlighted this in a number of groundbreaking and well-publicized seminars and conferences. They include 1977’s U.N. Water Conference, the International Drinking Water Supply and Sanitation Decade (which ran from 1981 to 1990), the 1992 International Conference on Water and the Environment, and the Earth Summit, also of 1992.

Moving on from the work of the United Nations, let’s see what other sources have to say about this global crisis. In 2012, a deeply disturbing trend was reported on by Market Oracle and Global Research. They told their readers: “A disturbing trend in the water sector is accelerating worldwide. The new ‘water barons’ — the Wall Street banks and elitist multibillionaires — are buying up water all over the world at unprecedented pace.” The banks – or, rather, the “mega-banks,” as Market Oracle and Global Research describes them – are many and varied. They include JP Morgan Chase, HSBC Bank, Goldman Sachs, Barclays Bank, Credit Suisse, and Deutsche Bank are all at the forefront of meddling with the survival of all of us – and, no, that is not an exaggeration. One year after Market Oracle and Global Research outlined the current situation, Natural News highlighted the ever-increasing issue of who, exactly, has the right to “own” water – and who doesn’t.

Time, too, realizes that we face dangerous and challenging times ahead of us. In 2015, it noted the following:  “Global water resources may soon meet only 60% of the world’s water demands, the United Nations warned in a dire new report. The World Water Development Report, issued ahead of World Water Day on Sunday, says demand for water around the world will increase by 55% over the next 15 years. With current supplies, that means only 60% of the world’s water needs will be met in 2030.” In light of Time’s revelations, it’s all but certain that we will see a future in which water – rather than money and possessions – becomes the most sought after commodity in worldwide society. It may literally be a case of life or death – and possibly not just for millions, but for billions. 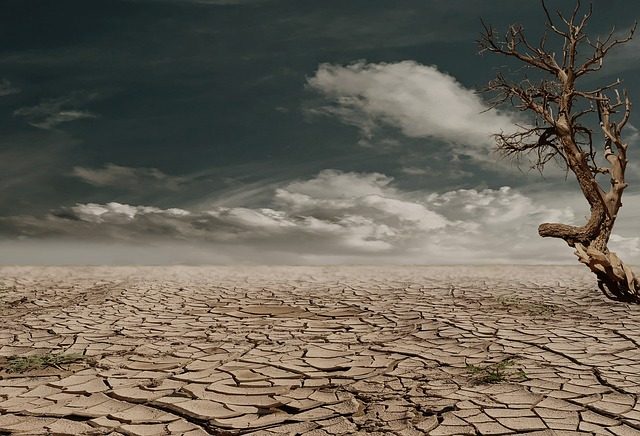 Thankfully, not everyone who holds positions of power in government wish to see us become a world in which the rich get all the water they want, while the rest of live in a permanent state of endless, near-dehydration. NASA’s jet Propulsion Laboratory has been carefully monitoring this deeply worrying issue for years. It has come up with some intriguing ideas regarding how we might be able to bring us back from the brink of global disaster. JPL staff stated the following in June 2015: “About one third of Earth’s largest groundwater basins are being rapidly depleted by human consumption, despite having little accurate data about how much water remains in them, according to two new studies led by the University of California, Irvine (UCI), using data from NASA’s Gravity Recovery and Climate Experiment (GRACE) satellites. This means that significant segments of Earth’s population are consuming groundwater quickly without knowing when it might run out, the researchers conclude.”

Jay Famiglietti, the “senior water scientist” at JPL, said: “Given how quickly we are consuming the world’s groundwater reserves, we need a coordinated global effort to determine how much is left.” We certainly do.