It's not every day that a zombie alert is issued in a major metropolitan area... but residents in the Windy City were recently warned about "zombies" that may be appearing in their neighborhoods.

Fortunately, this isn't the kind of nightmare instance where The Walking Dead spills over into real life; officials are warning about the potential dangers of "zombie" raccoons recently seen in the area, which are believed to have contracted distemper.

"Police have received multiple reports of “zombie raccoons” recently," reports USA Today, "and the diseased animals are a persistent problem near Chicago according to reports by the Chicago Tribune and ABC7 Chicago."

They warn that animals infected with the disease may display "zombie-like" behaviors that include stumbling around in daylight hours, appearing to act dazed or disoriented and aggressive displays that include showing their teeth to humans that may approach them. 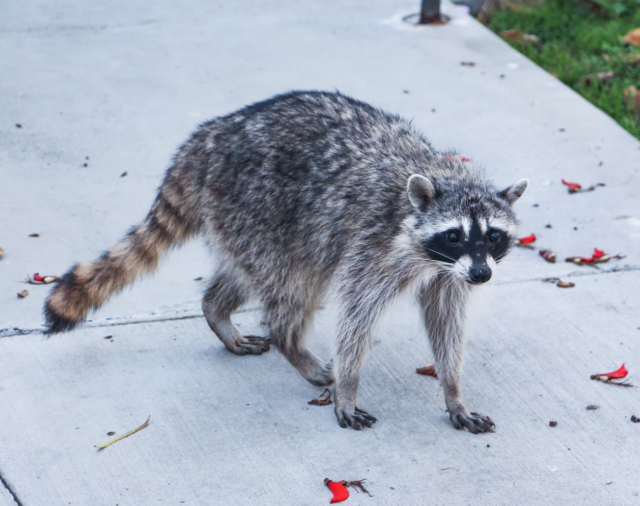 There is one particularly unique feature about the recent reports of "zombie" raccoons in Chicago, however, and that has to do with the reports of "glowing eyes" in association with infected raccoons. According to a bulletin put out by Chicago's Riverside Police Department, the animals's eyes may have an "eerie greenish" tint when infected, which may give them a glowing appearance. This is reportedly caused by a concentration of minerals that is present in relation to the disease, and can also result in fluid and other material draining from the eyes and other areas.

On a brief side note, the "glowing" appearance of the eyes described here is interesting, as it denotes a peculiar appearance of infected mammalian eyes likened to an aura or a glow. Obviously, while different from the kind of eyeshine emitted by nocturnal animals that possess what is called tapetum lucidum (which does include raccoons), it is arguably the most peculiar trait attributed to Chicago's zombie raccoons. For more on eyeshine in relation to reports of unverified or "mystery" animals in North America, see my recent articles here and here. 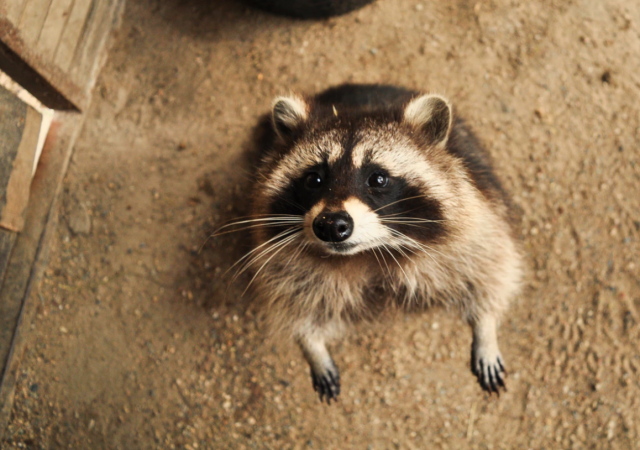 According to a fact sheet from the Oakville and Milton Humane Society, "Once a raccoon is infected, there is little to no chance of survival for the animal. It can take several weeks for the disease to run its course in the raccoon." Young raccoons are said to be particularly susceptible to the disease, the organization said.

On a final odd note, the diseased raccoons are also prone to stand on their hind legs and shamble about bipedally, according to Chicago city officials. That said, if you live in the area and see an upright walking creature with glowing eyes barring at its teeth at you, it's not an invasion pygmy Sasquatches; call the Humane Society instead, and be sure to keep your pets indoors.