A Bizarre Anomalous Zone in the Wilds of Russia

There are places in this world that for whatever reasons strange phenomena and mysteries seem to gravitate toward. These are places that exist in a realm somewhere in between what we know and what we can only guess at, and one of these supposedly lies out in the badlands of Russia. Sprawled out across a vast expanse of remote wilderness in Russia, just about 600 miles east of Moscow, are the Perm region and the Sverdlovsk regions, and here buried within this sea of trees is a 45 square kilometer area of densely forested land near where the Sylva and Molyobka rivers and merge and not far from the village of Molyobka, that has long been a place full of strangeness and wonder, and which has come to be called the Triangle Molebsky, the Perm Anomalous Zone, or simply the M-zone, and has become a hotspot for all manner of high strangeness.

The native Mansi people once considered this a very sacred place, and long regarded it as a realm of spirits and gods, and locals and visitors alike have over the centuries reported a wide variety of strange phenomena from here such as mysterious lights in the sky, luminous translucent beings that stalk through the woods, dark figures, strange colored lightning, weather anomalies, and the sounds of disembodied voices or singing. Compasses won’t work here, and electrical equipment is prone to stop working as well, cell phones go dead, and witnesses have even talked of how watches will sometimes begin to spin backwards in the zone.

There are also the numerous physical effects experienced by those who come here, both positive and negative. It is not uncommon at all for people in the zone to be beset with fierce headaches, nosebleeds, nausea, dizziness, and muscle pain. They are also prone to visual and aural hallucinations and powerful, inexplicable mood swings. There are are also conversely more favorable effects. For instance, it is thought that the area has healing abilities and there are countless tales of people claiming to have been cured of all manner of ailments here, and even healthy people report feeling enhanced and improved somehow, gaining youthful vigor and emerging with increased intelligence. They also supposedly feel spiritually cleansed, with Russian UFOlogist Valery Yakimov saying of this:

Healthy people feel the general improvement in all spheres: physical, mental, spiritual, moral, etc. It is necessary to mention the " moral effects " of M-zone: the drawbacks of one's character seem to disappear here, the good intentions and high feelings come to life. One's soul becomes cleaner, higher and calmer. You can almost feel yourself becoming a better man. Also the "creative effect" of M-zone is quite noticeable: the abilities of people are sharpening there and sometimes new talents and capacities, unknown before, begin to realize themselves.

There are supposedly some spectacular cases of this in effect, such as the alleged case of the journalist and cosmonaut Pavel Mukhortov, who had apparently once been a military drop out who had been forced to turn to journalism because of physical disabilities. He then decided to make a trip to the M-Zone to investigate its many odd tales for a possible story, making his way to the remote area with a group of others on an expedition. While in the region, Mukhortov would claim that although he and his crew had fallen mysteriously ill at first, they were then overcome with an intense sense of well-being, and found their heads filled with visions, emotions, and knowledge forced into them that they could not explain. In Mukhortov’s case he claimed that the knowledge he gleaned from that mystical place allowed him to shortly after recover from his disabilities and pass the tests to enter the Soviet Space Program as a cosmonaut, and he would go on to largely credit his success with the mysterious effects and powers the Perm Anomalous Zone had bestowed upon him. 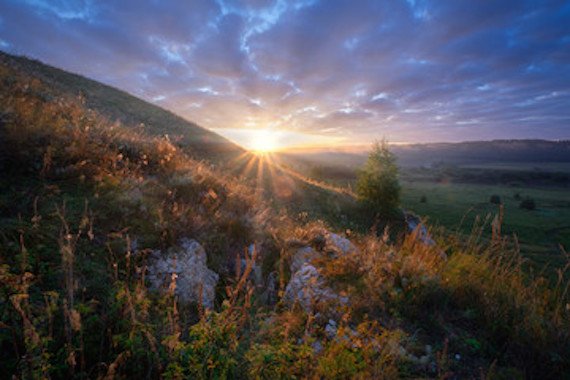 By far one of the most well-known of the many phenomena of the Perm Anomalous Zone is the unusually high concentration of UFO sightings here, and indeed it is considered by many to be one of the biggest UFO hotspots in the country. One of the most famous UFO related incidents in the region supposedly happened in 1983, when Russian UFOlogist Emil Bachurin claimed to have seen a purple ball of light rise out of the thick forest to leave behind a patch of melted snow and ice measuring 206 feet across. Bachurin would also claim that he and his expedition had been chased by orbs of light through the trees that had burnt them with some sort of rays, with one of the team even completely knocked unconscious by one of the lights.

Even more intriguing still is a case from 2005, when an expedition of UFOlogists from Yekaterinburg were in the zone and purportedly spotted a giant glowing ball above the trees. One of the expedition members would mysteriously go missing the following morning, and rather chillingly a picture purportedly snapped of the UFO allegedly shows a beam of light extending from the object to the missing man. What is going on here? The strange phenomena from the M-Zone is such that is has even managed to capture quite a lot of interest from outside of Russia. The American TV show Sightings did an investigation of the area and apparently things got off to an odd start when the Russian government warned them that to stay any longer than 24 hours in the zone was very dangerous. So far, so strange, but when they began their investigation it would all get even weirder still when their camp was apparently surrounded by encircling orbs of light. The locals of the area were also interviewed by the crew, and they confirmed that UFO sightings were a regular, almost mundane fact of life for them. 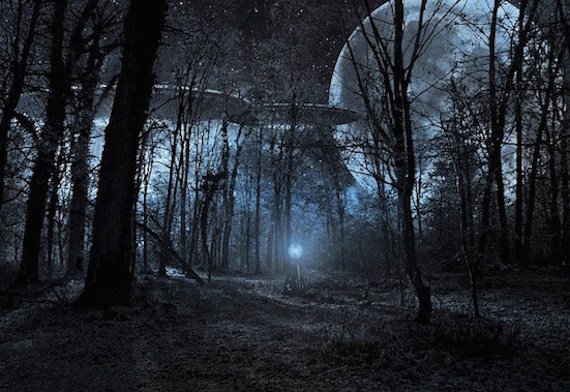 With such a remote, strange part of the world hidden out away in this wild and rugged exotic land it is interesting to think about what could possibly be behind all of these stories. How can we explain all of these disparate phenomena coming from this one patch of wilderness? Of course other than the obvious theories that UFOs are drawn here for some reason there are also other attempts to try and rationalize it. Considering that electromagnetic readings within the zone are amazingly high in some places, it is thought that this could be having some kind of physical effects, including hallucinations of perceived UFOs. Connected to this is the idea that it could be the result of infrasound, which is sub audible sounds that have been shown to have a wide range of physical and psychological effects on human beings. So are we dealing with UFOs and powers beyond our comprehension or mundane phenomena that can be explained? It doesn't seem settled yet, and it would seem the only way to find out for yourself is to get out there and check it out.