A Farm of the Cursed Kind?

Today, I'm taking a trip back in time - so to speak - to the latter part of the 19th century. And to a strange and bizarre story that revolves around the Hille Farm of Waukesha, Wisconsin. It was, at the time, a 250-acre piece of land owned by John Hille. He was a farmer for whom life was good, until, that is, a series of almost unbelievable and diabolical events occurred that would not be forgotten. All was good for the family until John Hille’s wife, Magdalena, in 1898, was struck down with a mysterious illness that, seemingly, no-one could diagnose. Very oddly, Magdalena’s doctor mistakenly killed her when he administered to her not medicine but a lethal poison. A curse was about to be unleashed.

The family was utterly devastated, and John Hille soon died too – after falling into a deep depression and refusing to eat. He was soon taken by the Grim Reaper; that he was aged in the extreme at the time probably didn’t help. This left the family’s six children to ensure that the farm continued to prosper. It has to be said that they failed miserably; although, in fairness, and as will now become apparent, the odds were massively stacked against them from the very beginning. And when those same odds are clearly saturated by supernatural phenomena, the chances of a positive outcome are slim. 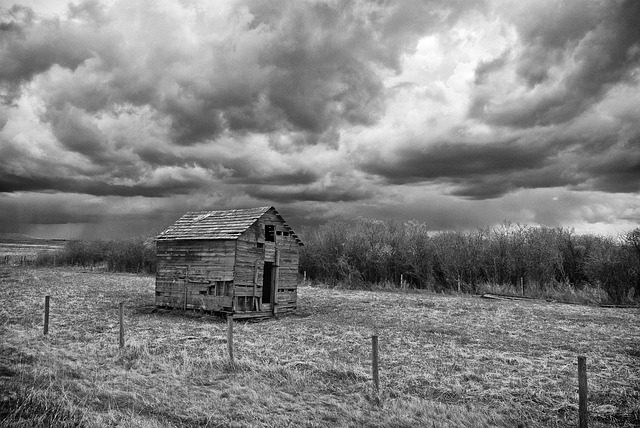 One of the sons, who had a number of physical handicaps, passed away. Another, Oscar, was killed on the property by a large bull. He was crushed to an absolute pulp by the marauding, crazed beast; his internal organs pummeled beyond saving. Two of the still-then-surviving children of John and Magdalena – Hulda and William – also met grisly ends. The family was originally from Germany and a local man, Elder Krause, who was in their employ, threatened to tell the authorities they were German spies. That this was, by now, when the First World War was raging, effectively meant that Hulda and William could have found themselves in deep trouble. The truth, though, was that the family was utterly loyal to the United States and Krause was simply engaged in a callous piece of blackmail, along with a neighboring boy, Ernest Fentz.

On one particular day, Krause turned up the heat and demanded money. And, lots of it. Or else. William well and truly flipped his lid: he took his shotgun and blew away half of Fentz’ face. Krause fled the scene. But, William was far from done. He marched to the barn and killed his pet dog and five horses – after which he then killed himself with the very same shotgun. Hulda followed suit and took her life by swallowing a large mouthful of poison and savagely slashing her wrists, thus ensuring her a painful death. For the next two decades, the Hille Farm remained empty – which is not exactly surprising, when one considers the notoriety and unbridled death that was attached to the old farm. But, in 1932, a man by the name of Pratt blew himself to smithereens while dynamiting rocks on the property. He surely should have known better than to blast rocks at the site of so many deaths. Pratt clearly didn’t think of the possibility of him becoming the farm’s next victim. Sixteen years later, the Ransomes – Ralph and Dorothy - bought the farm. They too should have known better. Five years later, their daughter, Anita, and their son-in-law Andrew Kennedy, moved into Hille Farm. Both of their children were destined to die young: in 1963, seven-year-old Philip drowned in Lake Mondota, in Madison, Wisconsin. Then, in 1972, five-year-old Ransome Kennedy was crushed to death by a piece of farm machinery – in the very same barn where William Hille killed himself and his beloved animals, all those years earlier. Cursed? Don't bet against it.

The Bizarre Man Bat of the Mississippi