People go missing all of the time, and most often is the case that they are never heard from again, often leaving behind sparse clues as to what has become of them. One very interesting case revolves around a man who went missing in the most unexplored parts of the Amazon rainforest. There he remained in a state of limbo, unfound, until he suddenly reappeared to leave behind even more mysteries. It is an odd journey into strange disappearances, and the unusual circumstances through which they often occur, and it has never been adequately solved.

The setting for this very strange series of events is a wild place called the Madini National Park, in Rurrenabaque, in the Bolivian Amazon, a remote expanse of fog- wreathed trees that stretches out as far as the eye can see, holding within its natural splendor all manner of wild animals, perils, and areas that are complete strangers to the human eye. Such is the uncharted remoteness of this land of untamed jungle that few dare to even venture there, yet there are signs of human habitation in this far-flung place, and on the edge of this sea of trees is perched the town of Rurrenabaque, where a 25-year old Chilean man by the name of Maykool Coroseo Acuña found himself on the adventure of a lifetime in February of 2017, setting up near the Tuichi River at the basecamp of Max Adventures, a tour company specializing in extreme tours. 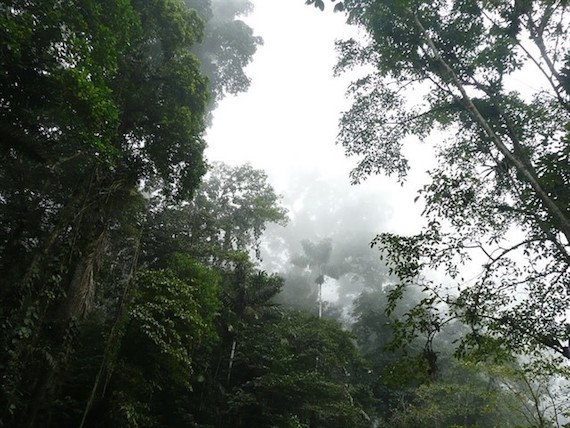 Things got a bit weird when a customary ritual called a Pachamama was carried out the day before their scheduled excursion by local shamans, for the purpose of asking the jungle for permission to enter and appeasing any evil spirits that might be coiled out there in the murky trees waiting to strike. It is said that Acuña refused to take part in it all, to the point of belligerence, stating that he did not believe in that mumbo-jumbo and instead stalking off to his cabin, where he was reported as acting rather erratically and irrational. He was last seen sitting on the steps of his cabin at around 8:30 PM that evening, and in the morning he was simply gone without a trace, leaving behind no footprints or clue as to what had happened to him. Other members of the camp and tour scoured the area and could find no trace of Acuña, their calls to him returned with merely the sounds of the jungle.

When authorities were called in they spent over a week combing the wilderness, all without success, finding only a single dirty sock during it all, and it seemed as if Acuña had just been swallowed whole by the jungle. Throughout this all, the local shamans claimed that this was because the missing man had refused to participate in the Pachamama ritual, and that this had brought the wrath of an evil spirit they called the Duende, who was harnessing the energy of Mapajo, a powerful tree spirit. The shamans then carried out rituals using the sock that had been found in an attempt to locate Acuña, who they believed had crossed through the veil between the world of the living and the spiritual world. In their opinion, the finding of the sock was a good sign, as it meant that he was still tethered to the physical realm and could be brought back, that indeed he was close to being found. In the meantime, the rangers continued their fruitless search.

Exactly 9 days after Acuña’s strange disappearance, a search party was out along the river just a about a mile from the camp in an already heavily searched area when they heard a voice calling out for help. When they went to investigate they found Acuña there by the riverside, seriously dehydrated and covered with the stings and bites of various jungle bugs. He told his rescuers that on the night of his disappearance he had been overwhelmed with an inexorable need to get away from the camp, saying:

I started running. I was wearing sandals and I said no, they would slow me down. I threw away the sandals, then the cell phone and my flashlight. And after running so much, I stopped under a tree and I started thinking. What had I done, what was I doing? And when I wanted to get back it wasn’t possible.

Acuña would go on to tell that he did not remember much of his odd ordeal, but that he had been saved by a roving pack of monkeys, who had led him to water and dropped dried fruit in front of him for him to eat. He claimed that he followed this troupe of monkeys about the wilderness for the full 9 days and that they had led him to food and shelter every time. He even said that the monkeys seemed to have been trying to communicate with him, and it all seems to feed somehow into the idea that some sort of nature spirits were looking out for him through his ordeal. When asked about this, he said that he still did not believe in any of this shamanic nonsense, but still felt that it was somewhat a miracle that he had been guided through it all.

Was this missing man possibly saved by forces beyond our understanding? Just what was it that caused him to wander away from his camp to vanish off the face of the earth, and what happened to him during that time? How is it that he managed to disappear so completely without leaving barely any trace behind? It is a very odd case orbited by the strange and unusual, and for now we can only guess at what forces might have been at work here.