A Mysterious Vanishing Village in China

In the bizarre world of vanishings and people who have seemingly ceased to exist there is the phenomenon of whole groups of people or towns that have just sort of evaporated out of existence with no real known reason. To think that a whole population of people could just disappear without a trace is a sobering thought, leading to much speculation on what could possible be at the root of such mass vanishings, and it is a topic I have covered here before. One very curious such account that has popped up in recent times has to do with a rural village in a remote area of China, which supposedly just blinked out of existence one day to leave stories of strangeness and conspiracies in its wake.

Located in a region of Central China is the province of Shaanxi, which stretches over 79,151 sq mi and encompasses the majestic Wei Valley, the Loess Plateau, the Ordos Desert, and the Qinling Mountains. Here there once supposedly stood a rural village much like many others like it that dot the region, with nothing particularly out of the ordinary or exceptional about it other than its proximity to a rocket launch center, but it would suddenly begin making the Chinese news and generating buzz on social media in 2010 when the story came out about how this little village one day just completely vanished off the face of the earth.

According to numerous reports taken from Chinese media, in 1987 it was found that the village had been completely abandoned overnight. There was apparently not a soul remaining of the estimated population of 1,000, and every single man, woman, child, and even all of the town’s livestock and pets were simply gone without a trace. Apparently there were no signs of how they had even gotten out of there, and the homes all seemed as if they had been very rapidly vacated, with meals set out and belongings left behind. All very mysterious and spooky indeed, but it would apparently get even weirder still.

Reports began to appear claiming that in the days leading up to the vanishing there had been numerous sightings of UFOs in the area. On one occasion villagers allegedly had spotted a rotating formation of eight lights in the sky that hovered above the village for around half an hour and allegedly caused the clouds to turn black before emitting a bright purple flash and a loud bang and then flying north to disappear. Another odd report that apparently made the rounds was that the area had become infested with snakes shortly before the vanishing for reasons unknown, and the reason why these tales took so long to come to the public’s attention was that the government had covered the whole thing up, supposedly labelling it “The Night Cat Incident.” Creepy stuff, and that isn’t even the end of it.

According to the Chinese NTDTV and other media outlets there were also reports from locals of the area that not long before the vanishing there had been road blacks and barricades manned by armed soldiers along the nearby Xianyang Highway, and the area around the village had been crawling with military personnel. Some eyewitnesses purportedly even claimed that they had seen villagers being loaded up into trucks by the soldiers to be whisked away, suggesting they may have been covertly relocated, although why is anyone’s guess. What’s more, in the days after the alleged vanishing of the village there were claimed to have been a large number of military vehicles, tanks, and even missile launchers in the area, sparking whispers of conspiracies, UFOs, and cover-ups. 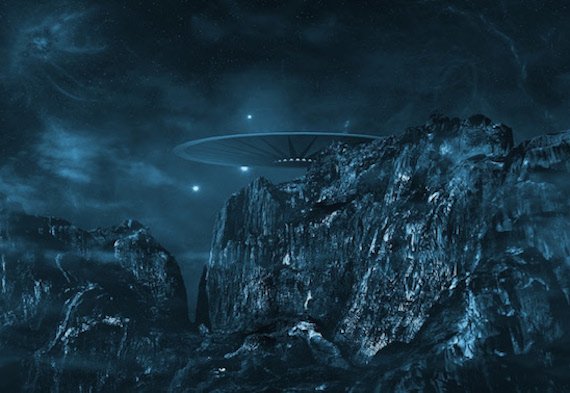 Of course the Chinese government has completely and flatly denied the event ever happened, written off the lights as spotlights, and these media reports are alleged to be pulled down off the Internet within minutes, leaving us with very little to go on. Considering these stories began circulating on the Internet and Chinese social media, and the convenient excuse that “Big Brother” is censoring the stories and pulling them down as fast as they go up, it is certainly easy to get the feeling that this might be just an urban legend in the making, its mystery fueled by the complete inability for anyone to follow-up on or corroborate the tales one way or another and hiding behind the machinations of a government famed for its non-transparency. Is that what this is, just rumors and an Internet urban legend in the making, embellished with each telling and passed around as stories heard by friends of a friend? Could there be anything else to this all?

In the end we are just left with an amazing and very creepy story and little else, doomed to mere speculation. Did this remote village really vanish without a trace overnight, and if so why? Was it evacuated by the military for reasons unknown? Did it perhaps have something to do with the UFOs that were allegedly seen? According to some reports the village is still uninhabited, with no word on what happened to the residents, who have never been seen again, and one does wonder just what exactly is going on with this rather intriguing tale. So what are we dealing with here? Is this just an Internet conspiracy and legend or is there anything more to it? It is curious that there seems to be no official word or source on the matter, which could mean that it is pure confabulation or that it truly is a repressed phenomenon that we will never see the answer to. Either way, the fate of that supposed missing village seems to be something we are not likely to have the true answer to any time soon.