A Shadow-Beast in the Woods of England

In the early 2000s, much of England found itself in the grip of a wave of bizarre stories of Sasquatch-type creatures. Jon Downes, the director of the Center for Fortean Zoology, was someone who was at the forefront of these investigations. More than a decade later, he still recalls the affair, just as if it occurred yesterday: “There occurred a huge ‘flap’ of Big Hairy Men (BHM) sightings throughout the British Isles that we could not afford to ignore and that required our immediate attention. Indeed, such was the scale of this extraordinary wave of encounters that, even as we made firm plans for an expedition in March, a handful of new sightings of large, man-beasts from the Bolam Lake area of Northumberland, England, arrived in our e-mail In-Box in January that prompted us to undertake an immediate study of the evidence.”

It was a bitterly cold, winter’s morning when Jon Downes’ Center for Fortean Zoology hit the road. The trip turned out to be a fortuitous one, however. There was distinct high-strangeness afoot, too, as Downes recalls: “After arriving on-site, a veritable wave of paranormal chaos erupted in the direct vicinity of Bolam Lake. Although we had tested all of our electronic equipment the night before, had charged up batteries where necessary, and had even put new batteries in all of our equipment that needed them, practically without exception all of our new equipment failed. The laptop, for example, has a battery, which usually lasts between 20 and 35 minutes. It lasted just three minutes before failing. Admittedly, we received an enormous number of telephone calls during our stay at the lake, but not anywhere near enough to justify the fact that we had to change handsets four times in as many hours. The batteries in our tape-recorders also failed. It seems certain that there was some strange electromagnetic phenomenon at work here. 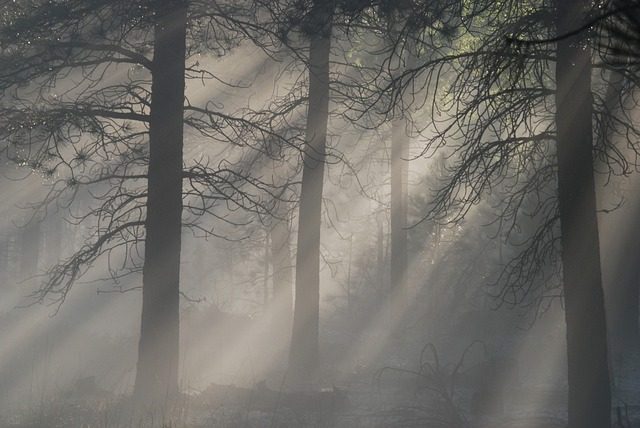 “We met with a witness, named Neil, who had been fishing at Bolam Lake one night four or five years previously. Together with two companions he had been making his way back to the car-park when they encountered a huge, dark, man-shaped object about seven to eight feet in height with what he described as sparkling eyes. The three fishermen did not stop to investigate but ran back to the car.

“However, this was by no means the only encounter that Neil had reported to us. Together with one of his companions from the first adventure, he had again been night fishing at Bolam Lake during the summer of 2002. They had been camped out on this occasion, and had heard noises, which they assumed were from an enormous animal moving around in the bushes outside of their camp. Deciding that discretion was most definitely the better part of valor, they decided not to investigate any further; but when they broke camp the next morning they found that the fish they had stored in a bait-tin had been taken, and there were distinct signs that something very large had been lumbering around in the immediate vicinity.” 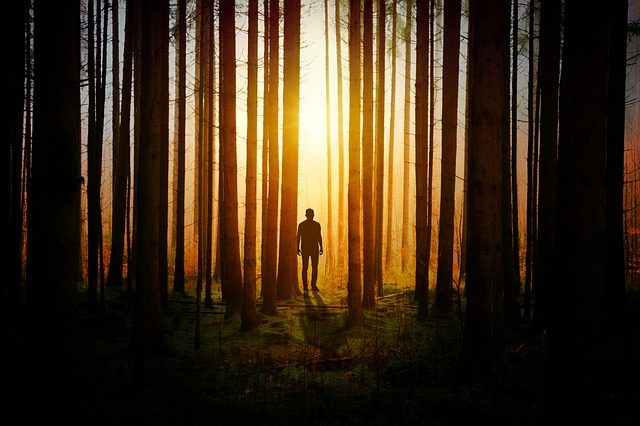 As the investigation came to its close, and as the dark skies of winter closed in, something extraordinary and menacing occurred at Bolam Lake, as Downes reveals: “At about half-past-four, one of the members of Twilight Worlds [a research group that accompanied Downes to the area] reported seeing something large, human-shaped and amorphous in the woods directly in front of the car-park. As the dusk gathered at about 5 o’clock, we again heard the raucous noise of the crows that he had reported just before dawn. Suddenly, once again, they fell silent and one of the Twilight Worlds members shouted that she could hear something large moving around among the undergrowth. All of the car-drivers present were ordered to switch on their headlights and to put them on full-beam. We did not hear any noise in the undergrowth; although other people present did. Eight people were watching the woods and five of us saw an enormous man-shaped object run from right to left, disappear, and then a few moments later run back again.”

The most amazing aspect of the encounter, however, was that the hulking, racing thing was shadow-like. But, even so, it was still some form of mystifying entity in its very own right. The bizarre event was over in an instant.