Lying out in Australia’s Sydney Harbor, right at the junction of the Parramatta and Lane Cove rivers and just out past the bustling metropolis, is a speck of land looming over the water called Cockatoo Island. It seems rather bleak and nondescript now, just a lashing of treeless rock infested by the ruins of old buildings from another time, but this place has a rather colorful yet grim history. Between the years of 1839 and 1869 this was a place that served as a destination for the worst of society’s worst. It was a penal establishment designated as “secondary punishment” for convicts, meaning that they only came here when they had been released from normal prisons and reverted back to their wicked ways. The convicts were put to work carving out the largest shipyards the country had ever seen, and the island has since been included on the National Heritage List of historic places, but it was not all industry and everything was most certainly not fine on this speck of rock, and there have been persistent hauntings here from way back.

Considering this was a penal colony for the worst of the worst, it is perhaps no surprise at all that living conditions were hellish to say the least. These hardened criminals were subjected to the worst treatment imaginable, with swift, torturous punishments doled out for the slightest perceived dalliances. Prisoners would be beaten, tortured, and at times left within darkened, constricting solitary confinement cells more like coffins than anythings else, and prisoner deaths due to the actions of guards were par for the course. During the shipyard days safety precautions were nonexistent, and penal worker deaths were far from uncommon, with some prisoners mysteriously vanishing into thin air, their fates unknown.

In later years, the prison was shut down, and the facilities became the home for wayward Aboriginal girls between the ages of 8 and 18, and even then the grim atmosphere of the place was kept intact, with stiff punishments given to the poor children who dared to break the rules of their disciplinarian overseers. One researcher has said of this transition to a home for girls thus:

Cockatoo Island was chosen as the new location (for the girl’s institution) but this site was really no better than the old one. The building allotted to the school had obtained a terrible notoriety as a convict gaol. The home influences essential to the wholesome training of girls, the very lack of which had brought them to the school, are impossible of attainment within the gloomy walls of a prison.

This has all added to the grim history of this island lair, and it may be no surprise at all that it should be said to be very haunted. Here amongst the abandoned ruins of another time the amount of paranormal activity recorded here is amazing. Dark shapes have been persistently seen roaming about the premises, often with not particularly peaceful thoughts on their minds. Workers and visitors have been pushed, punched, and prodded by unseen hands, and electronic devices are known to malfunction or simply go dead regardless of whether they have a full charge or not. There are also reports of the inexplicable smell of cigarette smoke, as well as disembodied voices, footsteps, and even screams or shrieking. 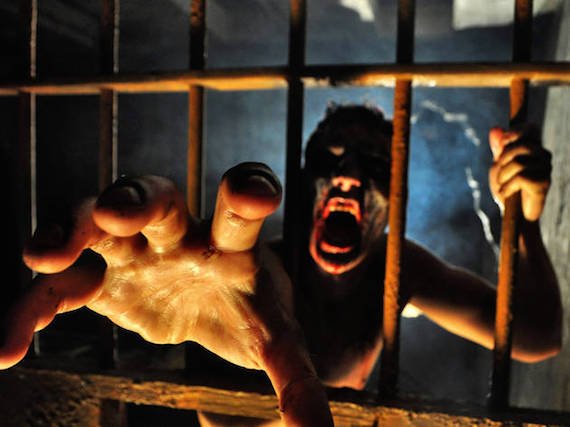 There have also been spotted the apparitions of young girls dressed in period clothing running about and giggling, and there are often reported sudden, overwhelming clouds of dread and suffering. One of the most well known of these child spirits is said to be the deceased daughter of one of the former superintendents, of which it has been said by one of the island's tour operators:

She's very friendly, very playful, smacking their hands or stroking their hair. Only the other day we had a school group out there where two of the teachers came up to me and very embarrassedly and very awkwardly asked me if anything strange ever happens on the island. When we were here camping two years ago with this group of students in the morning, we asked them how they slept. Two of the girls sharing the same tent said we didn't sleep very well because a little girl in a white dress kept coming in and waking us up and asking us to come outside to play.

There are also anomalous smells that come and go, such as in the account from one of the tour operators on the island, who says:

When we were trialling this new tour we were in the commanding officer's residence, in the dining room, and there was a distinct smell of pipe tobacco. There were six of us. We all smelt it. It lasted for about 20 seconds and then disappeared completely. This is a perfect example of a residual haunting where something is manifesting itself based on events that happened many, many years ago. 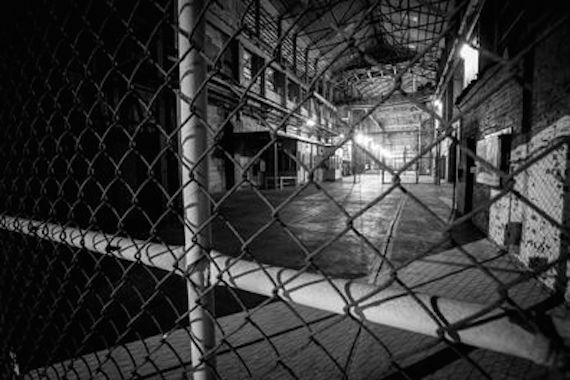 As it is today, Cockatoo Island is a curious expanse of rusted out, long abandoned buildings from another era, all preserved and opened to various tours, many of them specializing in the more haunted aspects of the island. It leaves one to wonder just what went on here to warrant such haunted madness? Was it all the death and the pain? Does the suffering that went on here have some role to play? Or is it just the musings of minds cued up to experience the paranormal at such a desolate place that seems perfect for it all? Whatever you may think, Cockatoo Island still lurks out there, and is accessible if you only dare.

In Search of Our Ancestry: Missing Branches in the Human Family Tree