Now and again I'll find myself on the receiving end of a report in which the witness encounters a large, red-eyed black dog or a giant wolf staring at them while in bed or on the bed. And usually in the dead of night; sometimes, however, during the day. Typically, the witnesses - awakened by the animals - are unable to move at the time of the encounters. A deep sense of dread suddenly envelopes them. Then, suddenly, after a few moments or even minutes, the creatures are gone. From a woman who as a young girl had a traumatic encounter with an infernal, supernatural hound at the height of the Second World War, we have the following: “At the time, because of the war, my mother and I usually stayed with an elderly gentleman, who had kindly taken us in as ‘refugees’ from London. We only went back to the capital when the bombing ceased. The cottage where we lived is still in existence, in Bredon, Worcestershire. My encounter took place one late afternoon in summer, when I had been sent to bed, but was far from sleepy."

She continued: “I was sitting at the end of the big brass bedstead, playing with the ornamental knobs, and looking out of the window, when I was aware of a scratching noise, and an enormous black dog had walked from the direction of the fireplace to my left. It passed round the end of the bed, towards the door. As the dog passed between me and the window, it swung its head round to stare at me – it had very large eyes, which glowed from inside as if lit up, and as it looked at me I was quite terrified, and very much aware of the creature’s breath, which was warm and as strong as a gust of wind. 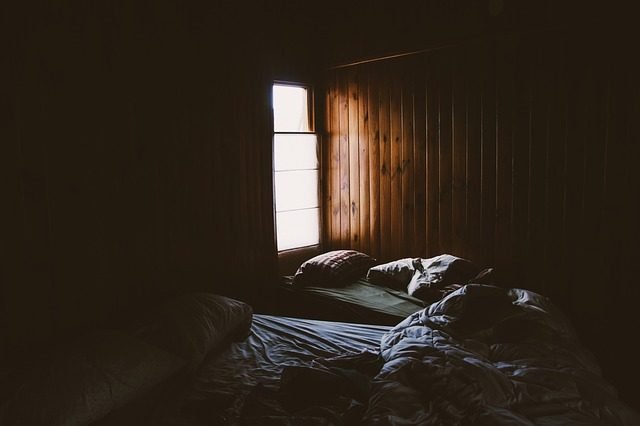 “The animal must have been very tall, as I was sitting on the old-fashioned bedstead, which was quite high, and our eyes were level. Funnily enough, by the time it reached the door, it had vanished. I assure you that I was wide awake at the time, and sat on for quite some long while wondering about what I had seen, and to be truthful, too scared to get into our bed, under the clothes and go to sleep. I clearly remember my mother and our host, sitting in the garden in the late sun, talking and hearing the ringing of the bell on the weekly fried-fish van from Birmingham, as it went through the village! I am sure I was not dreaming, and have never forgotten the experience, remembering to the last detail how I felt, what the dog looked like.” Moving on...

Dion Fortune was an occultist, mystic, and the author of a number of acclaimed works, and whose real name was Violet Mary Firth. Fortune, who died in 1946 at the age of fifty-five, was someone who was skilled at creating monsters in the mind and who then unleashed them into the world around her. Fortune made it very clear, however, that creating a mind-monster rarely has a positive outcome. It is something that each and every one of us should take careful heed of. Her story is as fascinating as it is disturbing:

“The artificial elemental is constructed by forming a clear-cut image in the imagination of the creature it is intended to create, ensouling it with something of the corresponding aspect of one’s own being, and then invoking into it the appropriate natural force. This method can be used for good as well as evil, and ‘guardian angels’ are formed in this way. It is said that dying women, anxious concerning the welfare of their children, frequently form them unconsciously. I myself once had an exceedingly nasty experience in which I formulated a were-wolf accidentally. Unpleasant as the incident was, I think it may be just as well to give it publicity, for it shows what may happen when an insufficiently disciplined and purified nature is handling occult forces.

“I had received serious injury from someone who, at considerable cost to myself, I had disinterestedly helped, and I was sorely tempted to retaliate. Lying on my bed resting one afternoon, I was brooding over my resentment, and while so brooding, drifted towards the borders of sleep. There came to my mind the thought of casting off all restraints and going berserk. The ancient Nordic myths rose before me, and I thought of Fenris [also known as Fenrir], the Wolf-horror of the North. Immediately I felt a curious drawing-out sensation from my solar plexus, and there materialized beside me on the bed a large wolf. It was a well-materialized ectoplasmic form. It was grey and colorless, and had weight. I  could  distinctly  feel  its  back  pressing  against  me  as  it  lay  beside  me  on  the  bed  as  a  large  dog  might. 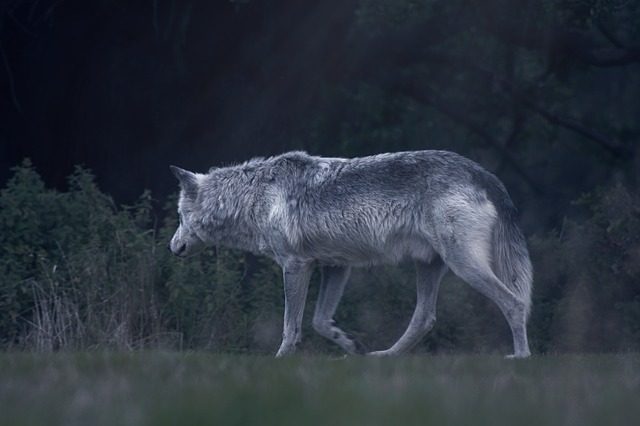 “I knew nothing about the art of making elementals at that time, but had accidentally stumbled upon the right method - the brooding highly charged with emotion, the invocation of the appropriate natural force, and the condition between sleeping and waking in which the etheric double readily extrudes.”

Altogether, I have eleven cases in my files of sightings by the bed of large black dogs (with blazing red eyes) and supernatural wolves. Of course, the skeptic would very likely say that because the encounters occurred in bedrooms and so often well into the early hours of the morning, the witnesses were just having particularly vivid dreams. And as for the inability of the witnesses to move, it may be suggested that sleep paralysis is the culprit. Perhaps so. But, in all of the cases? And why so many deeply similar incidents, in terms of the specific appearances of the creatures that are encountered time and again?

Nightmares or nightmarish creatures? It's a question I ponder on.

Massive Metallic Anomaly Discovered On the Far Side of the Moon