Chupacabras Secretly Held at a Military Base?

There can be very few – if, indeed, any – people with an interest in paranormal phenomena that have not heard of the infamous “Roswell UFO crash” of July 1947. According to the story, it was on the massive Foster Ranch (situated in Lincoln County, and an hour or so from Roswell) that in early July the U.S. military secretly scooped up the remains of a wrecked craft from another world and its dead crew of large-headed, dwarfish pilots. While staff at the Roswell Army Air Field busied themselves by assuring the press that it was all a big mistake, and that nothing stranger than a weather-balloon had fallen to earth, the legend goes that the mangled bodies and the debris were secretly flown to a military base in Dayton, Ohio. Its name was Wright Field. Today, it’s known as Wright-Patterson Air Force Base. Wright-Pat’s reputation as the number-one resting place for alien entities with distinctly bad flying skills is legendary. Insiders and whistle-blowers talk about Hangar 18, Building 18, and The Blue Room. All three are supposedly distinctly off-limits rooms, buildings, and underground bunkers where the carefully preserved remains of who knows how many dead extraterrestrials can be found – if one has the correct, high-level security.

It turns out that Puerto Rico had its equivalent: the Roosevelt Roads Naval Station. For many years, it acted as the island’s very own Blue Room – allegedly, it’s important to stress! But, so the story went, it wasn’t alien bodies that were cryogenically housed at Roosevelt Roads. Nope: it was a bunch of dead chupacabras. There just might even have been a couple of living ones there, too. So I was told. On one of my trips to Puerto Rico I was not surprised to find that sifting fact from fiction, and legend from rumor, proved to be no easy job when it came to trying to unravel the controversial truth about Roosevelt Roads’ chupacabra stash. It was, however, a job that had to be done. The origins of Roosevelt Roads date back to just one year after the end of the First World War. It was 1919 when the then Assistant Secretary of the U.S. Navy visited Puerto Rico. That man was none other than a future American president: Franklin D. Roosevelt. The visit was no vacation, however. Roosevelt was there on a secret mission. He was focused on finding a suitable location where a military facility could be constructed, one that could act as a strategic outpost for Uncle Sam in the Caribbean. Roosevelt toured the island, finally pinpointing a northeast town called Ceiba, which was founded back in the 1830s, and that, today, has a population of around 13,000. 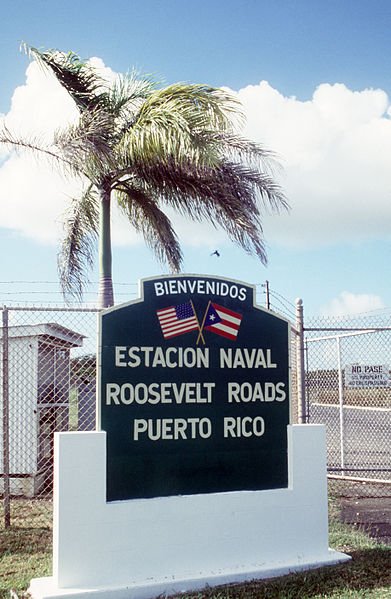 At the time, while the creation of such a base – with an airfield - could have been beneficial, it was not perceived as absolutely crucial. Things changed dramatically, however, when a certain Adolf Hitler came to power in 1930s-era Germany. The world was soon to face complete and utter carnage, the likes of which it had never before seen, or since. Steps had to be taken to combat the Nazi threat. One of those steps was the creation of Roosevelt Roads, which began in 1940, one year before the terrible events at Pearl Harbor, Hawaii occurred. Roosevelt Roads ultimately became the biggest U.S. Navy base on the planet and the headquarters of the U.S. Naval Forces Southern Command (NAVSO). It remained so for decades. All that changed, however, in March 2004, when NAVSO was given a new home: the Jacksonville, Florida-based Naval Station Mayport.

Now, with that said, it’s time to take a look at the story of Roosevelt Roads’ role as a top secret storage area for chupacabras. Or, more correctly: an alleged top secret storage area. On our visit to Puerto Rico in July 2004, Jon Downes (the Director of the Center for Fortean Zoology) and I heard a story of a UFO crash in the hills of Canovanas in 1957, one which reportedly, and quickly, led to gross mutations in the local populace. It was not a stand-alone story, however. On his first trek around the island, in 1998, Jon was able to dig into this 1957 event. One of Jon’s sources was a man named Reuben, a Puerto Rican brought up in New York, but who returned to the island as an adult. Arguably, Reuben was Jon’s most significant source, since he personally took Jon and a U.K.-based Channel 4 TV crew to the very spot in Canovanas where, he claimed, the craft from another world slammed into the ground, back in 1957. Jon told me that they came to a big clearing where the path became narrow, and, on one side, disappeared altogether, into a huge saucer-shaped arena. This, according to what Reuben had to say, at least, was where the UFO had crashed. Admittedly, there was a huge indent in the side of the mountain, said Jon. No trees grew there, and it did look as if some huge object had crashed into the mountain, scooping out trees and vegetation and leaving a bare area intermittently covered with patchy grass. 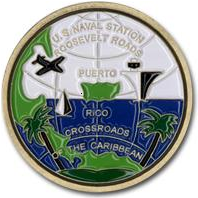 Jon and I had to remember that although the crash report had been around for decades, the chupacabra aspect of the story surfaced specifically post-1995, when the goat-sucking phenomenon began. The chupacabra link to the 1957 crash was fascinating, but it would have been even more fascinating had it surfaced prior to the 1995 outbreak. That it specifically didn’t kept me and Jon mindful of the possibility that this was an elaboration, a new twist, on an old tale – albeit not necessarily a deliberate and deceitful one. There is also a story of a UFO crashing in the heart of the El Yunque rain-forest in February 1984. I know that, because the basics of the account have reached me on three occasions over the past decade. It was early one morning when a large, circular-shaped object slammed into the ground, immediately after flying over the rain forest in a decidedly erratic fashion. To prevent people from learning the truth of the matter, a diversionary tactic was put into place that the UFO was a meteorite. Personnel from NASA, the U.S. Air Force, and the CIA were soon on the scene – in part, to scoop up the pummeled body parts of a couple of dead chupacabras, whose lives came to sudden and bloody ends when the alien craft hurtled violently into the forest at high speed. That’s how the story goes, anyway. I mention these cases because there are claims that the bodies recovered from both the 1957 and 1984 incidents were secretly transported to Roosevelt Roads, for study and autopsy, by senior U.S. Navy medical personnel – in a deeply buried, fortified bunker, no less. Reportedly, at least some of the bodies were later taken to an unidentified military base in Florida.

Also of relevance, while I was on Puerto Rico in 2005, with Red Star Films, our guide was filmed talking about a 1990s-era event in which U.S. military forces reportedly captured several extremely vicious Chupacabra in El Yunque. What happened to them, beyond first being held at Roosevelt Roads and then flown on to the United States - in secure cages, aboard a military aircraft - is unknown. Was this all nothing stranger than modern day folklore in the making? Or, could it have been the cold, stark truth? Was Roosevelt Roads really a Puerto Rican equivalent of Wright-Patterson Air Force Base’s Blue Room? Those questions have yet to be answered. I have to say that in my opinion we're probably looking at the rumor-mill run wild. I'll be very pleased to be proved wrong, though!