On June 6, 1944, the largest sea invasion in history began as Allied forces attacked the beaches of Normandy, France. Nearly 160,000 troops crossed the English Channel on what we now call D-Day and casualties on the first day were at least 10,000. Visitors to Utah, Omaha, Gold, Juno, and Sword beaches today and to the military museums, memorials, and war cemeteries feel the presence of the spirits of the brave soldiers who gave their lives in this crucial operation that ultimately led to the end of World War II. And yet, specific ghost stories are few, especially when compared to other war battlefields such as Gettysburg. Perhaps it is still too soon and there are too many veterans still alive, although that number is decreasing rapidly. Perhaps the ghosts are looking for the right person to tell their story to. Perhaps it’s a seven-year-old girl with no knowledge of D-Day or World War II. In honor of the 75th anniversary of D-Day, here’s a ghost story linked to that fateful day … as told by the father of one such young girl.

“We toured many bunkers, and escape tunnels her and I, while my wife watched, she doesn't like this stuff. Many times, the bunker was totally dark, with no light other than me taking flash pictures and lighting it up for a brief second. So we could not see anything specific.” 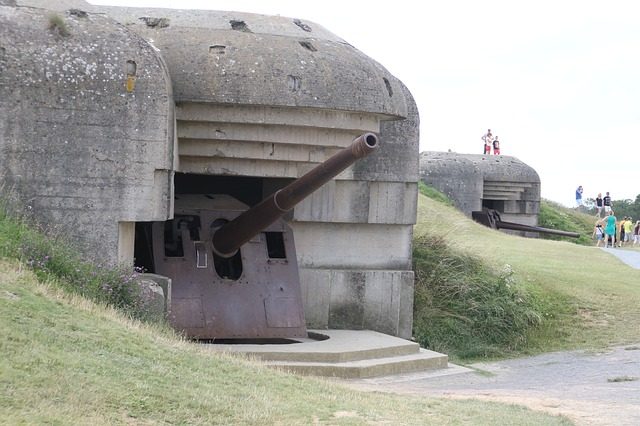 The few collections of ghost stories associated with World War II mention this particular one about a family’s trip to Normandy in 2008. Titled “My Hair-raising WWII Ghost Story from Normandy,” it appears first in January 2009 on the Sim Outhouse (SOH) website – a site for information on various Flight Simulation software programs. On a forum page, an unnamed father tells about his 7-year-old daughter bravely accompanying him on a tour of actual German bunkers at Pointe Du-Hoc – the highest point between Omaha and Utah beaches that was captured by the United States Army Ranger Assault Group after climbing the cliffs.

“Many times, the bunker was totally dark, with no light other than me taking flash pictures and lighting it up for a brief second. So we could not see anything specific. I guess they keep it dark to keep site-seers from sticking around. So long story short ... we saw a ton of bunkers and all kinds of old, blown-up stuff.”

The father points out that his young daughter has never seen any WWII pictures other than “her Great Uncle's 82nd Airborne Mess uniform.” However, after returning from the trip, she often talked about seeing ‘things’ or ‘men’ in the bunker holding guns and looking ‘very mad’. When he finally sat down and asked her for some details, she gave these descriptions:

“They were mad, and wearing either grey or very darkish green... no definitely some kind of greyish color, the helmets were even darker … there were a lot of them. Everywhere I looked. They were moving around, like army men do. Kind of crawling, but bent over. When we would walk out of a bunker, I would see one in the grass, or behind a tree. Then when I was in the car, I could see them looking at me from behind a fence in a field. Sometimes a lot of them, sometimes only one or two.”

“She is a fun-loving, goofy, energetic kid that always has a smile on her face, and is very happy to simply be alive. Even when we talked about this, she was happy to tell me, and gave as much detail as possible. She was not afraid, and never once thought twice about describing what she saw.” 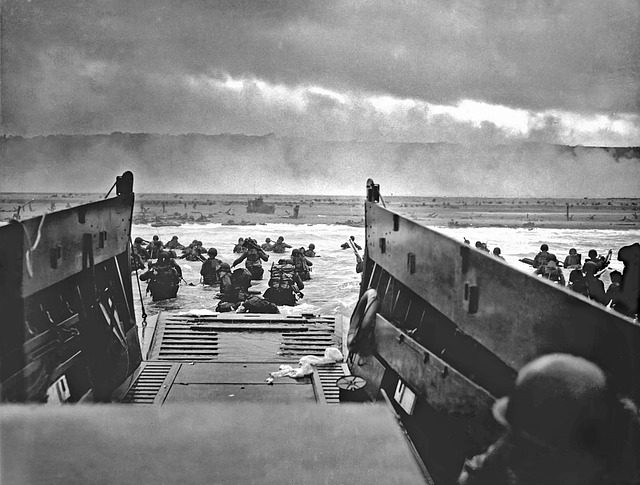 Did some ghosts of D-Day pick the right person to tell their story to?

Whether you believe it or not, take a moment to remember all of those who were there on that fateful day 75 years ago … and those still there, waiting to tell the stories they were never able to tell.