The population of the Yukon territory is 35,874. With an area of 482,443 square kilometers, that’s 0.07 people per kilometer. Given that the Yukon has one major city – ONE – Whitehorse, with a population of 25,085, that means there’s a lot that goes on in the Yukon no one ever sees. Canada’s westernmost territory is composed of spruce forests, arctic tundra, rivers and mountains. Mount Logan is one of the highest mountains in North America at 5949 meters, second only to Denali (formerly Mount McKinley) in Alaska at 6190 meters. The territory is bordered by the Northwest Territories, British Columbia and Alaska. The Yukon is famous for the Klondike gold rush of the 1890s and the Yukon Quest dog sled race that traverses 1600 kilometers. It’s also home to the Saytoechin, or Yukon Beaver Eater.

According to the British Columbia Scientific Cryptozoology Club, a First Nation’s family fishing at Tatchun Lake in central Yukon in the mid-1980s witnessed an animal “eight or nine feet high, bigger than a grizzly bear … coming towards them.” They fired shots to frighten the animal and delayed it enough to get their boat motor started and escape. The animal, with a flat face and long tail, they claim, was a Saytoechin. When shown pictures, the witnesses identified the beast to be a giant ground sloth.

The giant ground sloth Megaloynx jeffersonii was native to North America, including the Yukon, from the Late Miocene through the Pleistocene, supposedly becoming extinct 11,000 years ago. Although sloths are herbivores, some scientists speculate the giant ground sloth may have been an omnivore.

Could a thought to be extinct species of megafauna still be alive in the wilds of the Yukon territory? The two-meter-long, 90 kilogram, coelacanth was rediscovered by science in 1938 after thought extinct for the past 65 million years. We never know what’s out there.

In 1908, French writer Georges Dupuy published a monstrous tale in the French magazine Je sais tout(which translates to “I Know Everything”) about an encounter between hunters and a theropod dinosaur near the Partridge River, a water flow that leads from Partridge Lake to Bennett Lake and eventually into the Bering Sea.

Dupuy’s story claims James Lewis Buttler and Tom Leemore hunted moose when the animals became spooked and ran. The hunters followed the herd and discovered enormous, three-toed tracks amongst the hoof prints. The three-toed footprints were nearly two meters long and a meter wide. When the hunters returned to civilization, Dupuy, Father Pierre Lavagneux, a French missionary, and five First Nations hunters, went back to the area to search for the animal that made the tracks.

They found it. A thirty-foot-long, bipedal dinosaur Dupuy said was a Ceratosaurus. This creature, with an enormous skull holding elongated teeth and a horn on its nose, lived during the Late-Jurassic Period.

Unfortunately, the reality of a remnant dinosaur living in the frigid wilds of the Yukon is remote at best.

The existence of camels in the Yukon is solid and flimsy at the same time. Camels existed, and my still exist, in the Yukon, possibly along with a cameloid cryptid locals call the Ur Chow.

Camels that once lived in the Yukon were the Yukon giant camel and the western camel. The 3.5 million-year-old giant camel was the forerunner of today’s camels, escaping the last ice age across the Bering land bridge and venturing over Asia and into Northern Africa. The western camel, although it lived until more recent times in the Yukon than the giant camel, had a lonely bachelor life and died at home in its apartment. More specifically, it lived during a time the land bridge didn’t exist, never escaped North America, and became extinct.

But that didn’t stop the camel from returning to the Yukon by way of the Cariboo Gold Rush. In April 1862, John C. Calbraith purchased twenty-three Bactrian camels to use as pack animals along the Old Cariboo Road and it turned into a disaster. The other animals on the trail, horses and mules, were terrified of the camels, and the camels themselves were not made for the weather or terrain. Henry Guillod, an Englishman working for Calbraith, wrote in his journal, “Was bothered today by camels of which there are about a dozen here who have a neat idea of walking over your tent and eating your shirts,” per The Ashcroft-Cache Creek Journal.

The Cariboo Camel experiment a failure, Calbraith released the animals into the wild, some ending up on plates, the others remaining elusive. The last camel reportedly died in 1905, although stories of camel sightings in the Yukon have continued.

A rare, little spoken of cryptid of the Yukon and British Columbia, is the Ur chow. This camel-like creature supposedly roams the forests of northwest Canada, feeding off tree bark it scrapes with the large teeth of its lower jaw. 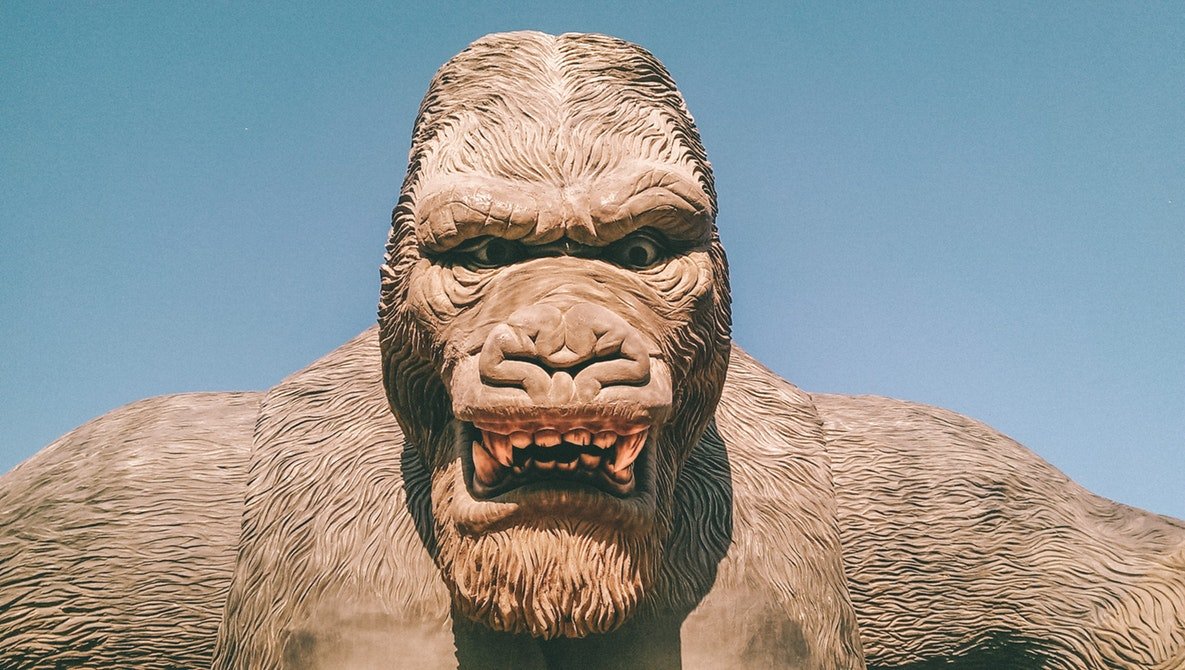 In 2004, Marion Sheldon and Gus Jules drove ATVs along the highway near the village Teslin, southeast of Whitehorse, when a legendary howling monster ran across the road in front of them, per the CBC.

"They claim they thought it was a person standing beside the road, but couldn't tell from all the dust," Conservation Officer Dave Bakica told the news network. "By the time they turned around to look back they said this person was completely covered in hair and took just two strides to get across the whole Alaska highway."

They immediately contacted Bakica, but by the time the officer arrived at the spot, rain had erased any possible footprints left by what Sheldon and Jules described as the local Sasquatch – the Yukon Howler. Bakica told the CBC Sheldon and Jules were “visibly shaken” by the encounter.

Stories of the Yukon Howler stretch back hundreds of years. This two- to three-meter-tall, 180- to 550-kilogram, screaming monster that leaves sixty-centimeter-long footprints, is as Canadian as the sled dogs it eats. However, given the scant population in the Yukon, only five encounters with the Howler were reported between 1978 and the above 2004 sighting.