Flying Saucers from the Kremlin and Russian Meddling

As of June 12, I have a new book out. Its title: Flying Saucers from the Kremlin. The subtitle: UFOs, Russian Meddling, Soviet Spies & Cold War Secrets. It's a study of how and why Russian Intelligence used the UFO phenomenon as a means to try and create fear, hysteria and paranoia in the West. Russian meddling: they are two words that just about everyone has come to know very well in the last few years. Only a fool – or someone with an agenda of a sinister kind – would deny that such meddling occurred. And on a large scale. It clearly did. The outrageous, almost flagrant, ways in which the Russians unfortunately succeeded in manipulating the United States’ political arena in 2016 are out there for one and all to see. Without the hacking, without the Russians’ widespread use of social media to influence the mindset of the American public, and without the shameful “no evidence of meddling” assertions of certain factions of the right-wing media, the United States would be in a far better shape than it is right now. 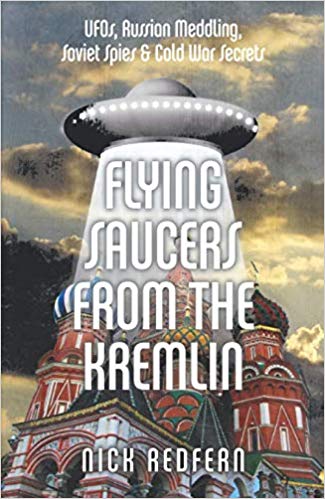 There’s little doubt that the Russians were practically in a state of glee when President Donald Trump chose not to take any significant action against the Russians for their intrusive activities. As CNN noted on July 16, 2018: “U.S. President Donald Trump, in a stunning rebuke of the U.S. intelligence community, declined on Monday to endorse the U.S. government's assessment that Russia interfered in the 2016 presidential election, saying he doesn’t ‘see any reason why’ Russia would be responsible. Instead, Trump - standing alongside Russian President Vladimir Putin - touted Putin's vigorous denial and pivoted to complaining about the Democratic National Committee’s server and missing emails from Hillary Clinton's personal account.”

Still on the matter of Putin, let’s not forget that from 1975 to 1991 he was employed as a foreign intelligence officer in the KGB. History.com state: “The KGB was the primary security agency for the Soviet Union from 1954 until its collapse in 1991. The KGB served a multi-faceted role outside of and within the Soviet Union, working as both an intelligence agency and a force of ‘secret police.’ It was also tasked with some of the same functions as the Department of Homeland Security in the United States today, safeguarding the country from domestic and foreign threats.”

What all of this tells us is that the Russian government is not our friend, it’s not our buddy. It’s a threat to our nation – and to the West as a whole. Short of a nuclear war (which neither side could ever possibly win), the Russians have done whatever they could to try and ensure military superiority over the United States and its allies. For decades – and particularly so when the Cold War was at its height – the Russians sought to find more and more ways to erode our way of life. In the latter part of the 1940s, the Soviet Union embarked on a program designed to use the UFO phenomenon as a dangerous weapon. Not by attacking us with real flying saucers. But, by using the lore, the legend, and the belief-systems that surround the UFO subject. 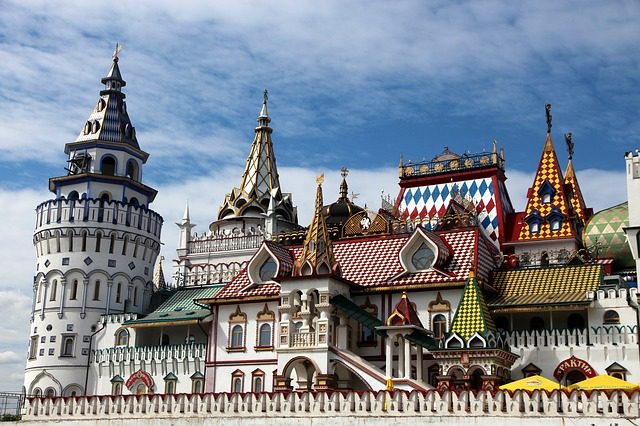 I should note that Flying Saucers from the Kremlin is not a skeptical look at the UFO mystery. Just because, for years, the Russians planted and circulated numerous bogus stories of UFOs, doesn’t mean there isn’t a real mystery to be solved. As I personally see it, there certainly is a genuine puzzle to figure out. It remains steadfastly unresolved. It’s important that I make that distinction: there are real UFOs and there are deliberately-crafted lies concerning UFOs. Maybe, the saucers are the products of government agencies. They could be the creations of extraterrestrials. Possibly of inter-dimensional creatures. Or, the work of something even stranger (time-travelers, maybe?). There could be multiple origins, rather than just one. That’s an issue which we can ponder on forever and a day. But, trying to figure out what UFOs are, is not the goal of my new book. Rather, it's to demonstrate how a real, strange presence in our midst became entangled in the Cold War between the West and the Soviet Union.

The Russians tried to use the Contactee movement of the 1950s to their distinct advantage; spread tales of crashed UFOs and alien autopsies; recruited American UFO enthusiasts – who also had connections to the U.S. government - into their strange games; created bogus “government documents” (including at least some of the much-debated Majestic 12 papers); forged links with saucer-seekers in both the U.K. and Australia; and even incorporated the history of the AIDS virus into their disturbing agenda. And much more, too.

No such thing as Russian meddling? Don’t make me laugh.