From a Secret Cult to a Strange Creature

The island of Puerto Rico is home to a number of different religions, one of them being Santeria – which is also practiced throughout much of the rest of the Caribbean. Its origins, however, can be found in the traditions of the Yoruba people of the Federal Republic of Nigeria, West Africa. While those that adhere to the teachings of Santeria believe in the existence of one, overall god, they also believe there are numerous sub-gods too, which are collectively known as the Orishas. Those that are initiated into the religion – and which are known as Santeros – are required to go through a week-long process of purification, one which involves the application of both herbs and water to carefully and completely cleanse the body. Not only that, a great deal of time and effort is expended by the Santeros when it comes to the appeasement of their many and varied sub-deities. One way in which this has been achieved (but far less so today) is by animal sacrifice - and, specifically, the killing of chickens and goats, which - allegedly - just happen to be the most favored delicacies of the Puerto Rican "vampire."

In November 1992, three years before the chupacabra phenomenon took off big-time, a major controversy of legal proportions surfaced in Florida, where Santeria has a significantly-sized following. It’s a following dominated by the Church of Lukumi Babalu Aye, which was created in 1974. As a result, the city of Hialeah – situated in Miami-Dade County – passed a law banning the practice of animal sacrifice. In 1992, this law was challenged by the church, in the Supreme Court, no less. Anargument was made to the effect that preventing the followers of Santeria from carrying out a prime aspect of their traditions was unconstitutional. On June 11, 1993, the church won the case.

In mid-2007, I was once again on the island with which I have so much affinity. I decided that I would spend the four days at my disposal trying to get to the heart of the claims that at least some tales of the chupacabra, and its deadly attacks on livestock, might be the concoctions of groups that engaged in sacrificial activity. Since such rumors existed, they had, at least, to be addressed. Santeria has a long history on Puerto Rico: it took much of its inspiration from Nigerian slaves shipped over to the island in the 18th century. As for the matter of animal sacrifice, this was typically carried out by a Santero who was well-versed in the many and varied intricacies of the religion. The reasons for such sacrifices were numerous and included a desire for physical well-being, riches, and good fortune. Just like each and every paranormal pact, this one came at a price: money, of course. 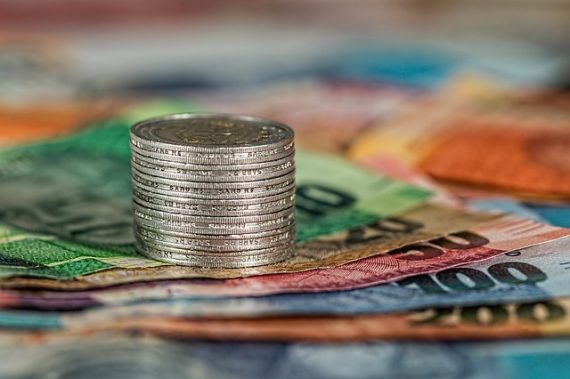 Since Santeria has a large and acknowledged following on Puerto Rico (although, it’s important to note that the sacrificial angle, today, is largely symbolic rather than literal) it’s most unlikely that its adherents would need to pass any sacrifices off as attacks undertaken by the chupacabra. There is, however, another group, allegedly, on Puerto Rico that might find it to its advantage to do exactly that. Santeria has an offshoot known variously as Mayombe, Palo, or Palo Mayombe, but which, for the sake of ease, I will refer to as Palo. Its rituals – of supposedly being able to grant wealth, health and power – are essentially identical to those of regular Santeria. 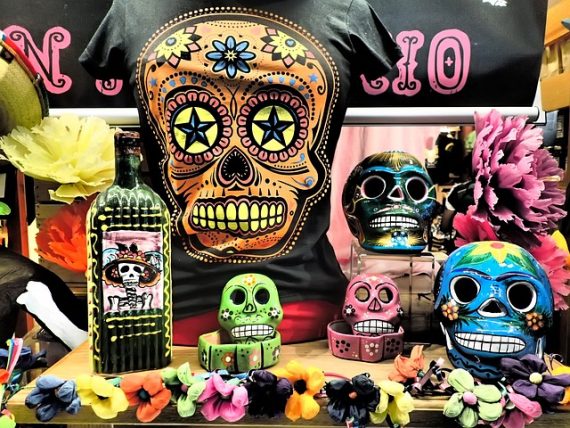 While on Puerto Rico in May 2007 I was able to hook up with a man named Sal, who told me a profoundly disturbing story. It was around 7:00 p.m. on a bustling, hot, Friday evening and we were hanging out in a run-down, darkened bar in Old San Juan’s La Perla district. Sal, thirty-something, worked in a local restaurant. As I sat and listened, he told me a number of stories that had come to him, second-hand, by what he described as a friend in the meat trade. Admittedly, I wasn’t altogether happy about relying on a story that came from a friend of a friend (and, maybe, of yet another friend, too), but in this case, I really had no choice. Sal said there existed on Puerto Rico what can only be described as a rogue form of religion, one that practiced highly controversial rituals. The group, he added, was one that pretty much no-one knew about or was linked to. Unless, that is, you were a part of it. The rituals of the group typically revolved around the sacrifice of chickens, goats and peacocks.  According to Sal, the group began its deadly activities in late 1994, or maybe early 1995, and was focused on providing a unique service, in return for a great deal of money: a guarantee of power and wealth.

Sal said that many of the people were nothing less than major, household names: famous actors, politicians, musicians, authors, and even – he claimed – certain figures in the world of royalty. Some of the rituals, Sal said, were held in a large and spacious house, one that was owned by a rich and influential figure in the equally rich and influential area of Condado, which is situated in Santurce, a district of San Juan. Other rituals were supposedly undertaken, in somewhat dicey fashion, deep in the heart of the El Yunque rain forest. As well as sacrifices and the dishing up of dead bodies to ancient deities, wild, alcohol- and cocaine-fueled orgies were the name of the game, too. It all reminded me of something straight out of the Tom Cruise-Nicole Kidman movie of 1999, Eyes Wide Shut. I distinctly remember thinking at the time: I sincerely hope Sal hasn’t made all this up after seeing, and getting over-excited by, the movie. 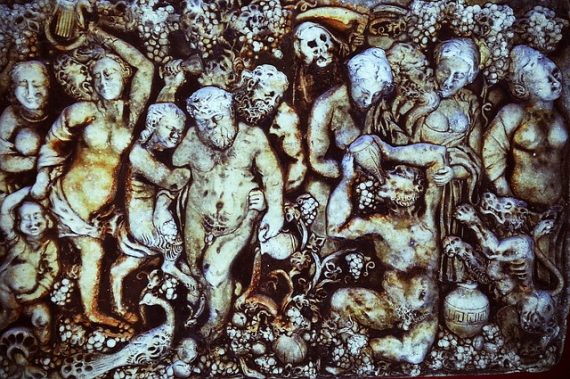 As for the chupacabra connection to the story, Sal claimed that while the group was not responsible, per se, for creating the legend of the beast, the members most definitely exploited it to their great advantage and to the absolute hilt. By that, he meant – and particularly in relation to the events in El Yunque – when the group was busy killing chickens and goats in the rain forest, and then draining their blood and offering it up to the gods, it made a great deal of sense for them to spread tales of a chupacabra or several on the loose. By doing so, their controversial actions remained buried under a mass of tales of an animal-killing, blood-drinking creature that might not actually exist – or that actually might. Could Sal help me to track down the group? Nope. Could he give me its name? Not a chance. Was there anything else he could tell me? Not a thing. It was very much just a case of: here’s what I know; take it or leave it. I decided, on balance, to choose the former - to the extent that I could. Sal’s story proved nothing. It did, however, strongly suggest to me that the truth behind the chupacabra legend was far more complex and confusing than most observers of the phenomenon had ever realized.