The top country-archeology song this week is “Looking For Nessie in All The Wrong Places” by Kris Kryptologist. At least it would be if there were such a musical genre (note to self: it may be time to get the old CW band back together). A group of dedicated researchers who have spent the last 15 years freezing in Antarctica can finally head someplace warm after completely excavating the fossil remains of a 15-ton dinosaur that looks an awful lot like what many people think the Loch Ness monster looks like – really long neck, 40-foot-long thin body and tail, four massive flippers and a mouth full of sharp teeth. Is it time for a Nessie song? Would a skiffle tune be more appropriate? With bagpipes?

“The presence of this specimen, located less than 2.5 meters below the K/Pg boundary, indicates the persistence of aristonectines at high latitudes short time before the mass extinction.”

That’s paleontology-speak for “We found a huge cousin of the plesiosaurs near the South Pole latitudes that survived to the end of the Cretaceous era before being wiped out by the Cretaceous–Paleogene (K–Pg) extinction event (a massive comet or asteroid impact a long way off in the Gulf of Mexico).” 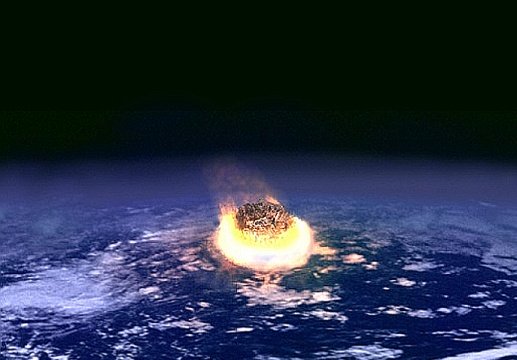 According to their paper in Crestaceous Research, archeologists discovered the fossils in 1989 on Marambio Island off the coast of Antarctica, but the sheer size and significance of the skeleton and the freezing conditions on the island forced the team to carefully remove it over an 18-year period culminating in 2017. Paleontologist and study co-author José O'Gorman of the Museum of La Plata summarized its importance:

“It is the largest elasmosaurid in the world."

The elasmosaurids have the longest necks of the reptiles in the family of plesiosaurs and this discovery indicates that they survived right up until the big extinction rock hit Earth 66 million years ago, meaning Antarctica was a pretty nice place to live at the time, with plenty of warm water and food for 15 ton creatures. The question is, could one of more of these elasmosaurids have somehow survived the K–Pg extinction event or perhaps reappeared shortly after it and moved north to Scotland?

“Even in Antarctica, there were lots of happy elasmosaurs. It’s definitely an indication that toward the end of the Cretaceous, [plesiosaurs] managed to expand their feeding repertoire.”

Anne Schulp, a vertebrate paleontologist at Utrecht University in the Netherlands, was not involved in the research but told the National Geographic that the southern elasmosaurs known as the Aristonectes (meaning “best swimmers”) were bigger than their northern cousins and size of the one discovered on Marambio Island may indicate it’s a separate and new genus. The mouth full of teeth may have helped it grow to record size … the researchers believe the southern elasmosaurs fed more like whales – opening their mouths wide to envelop fish-filled waters and then close their mouths and expel the water, catching the fish in their teeth. Unfortunately, that same feeding method is probably why they couldn’t have survived until today – the K–Pg extinction event killed off almost all of their food sources.

We probably won’t find Nessie in Antarctica and it’s unlikely the Loch Ness Monster is a lost southern elasmosaur. However, that kind of stuff never stopped country-western songwriters before. Grab a geetar and a pen and come up with some new "monster" lyrics for this classic from Urban Cowboy.

The Most Monstrous Worm of All