Just off the northeastern coast of the United States is a huge freshwater aquifer underneath the Atlantic Ocean. The exact size of the aquifer is still unknown, but what is known is that it stretches from Massachusetts to the southern part of New Jersey and includes the coastlines of New York, Connecticut, and Rhode Island. And around 670 cubic miles of it could possibly contain a bit of salty water.

It is believed that the freshwater aquifer came from the last Ice Age. Back in the 1970s when several companies were drilling for oil off the coast, they occasionally hit pockets of freshwater. However, at that time, they were unclear as to whether they were just small pockets or if they were part of a much larger area of fresh water. 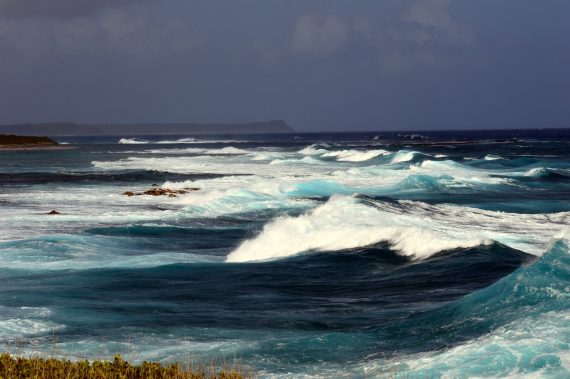 Study co-researcher Kerry Key (the study can be read here), helped oil companies find oil hotspots around twenty years ago by using electromagnetic imaging on the bottom of the ocean’s floor.

Recently, he decided to change the technology in order to detect underground pools of fresh water. And in 2015, he and his study co-researcher, Rob Evans, went out into the waters off the coast of southern New Jersey and Martha’s Vineyard in Massachusetts to examine the areas with fresh water. They put equipment into the water that measured the electromagnetic fields to find out which areas had salt water and fresh water.

What they found was that the fresh water began at the shoreline and ended up 75 miles offshore in some places, meaning that there definitely weren’t pockets that were scattered around, but instead one large uninterrupted area. It’s also quite deep, beginning at around 600 feet under the floor of the ocean and finishing at approximately 1,200 feet under the seafloor. 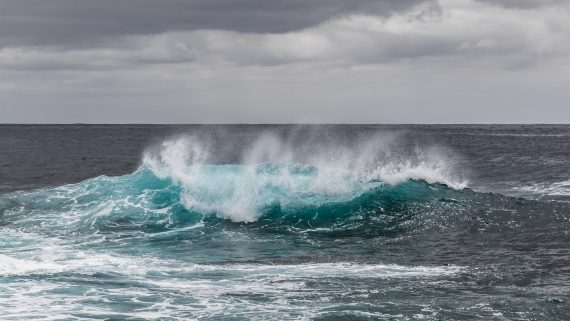 As for how the freshwater aquifer ended up beneath the ocean, it probably happened during the last Ice Age. Since a lot of the planet’s water was made up of glaciers around 20,000 to 15,000 years ago, the water levels were quite a bit lower than they are today. When Earth’s temperatures finally got warmer, the ice which covered the land melted which meant that much of the water washed away large amounts of sediments, forming river deltas. When the fresh water from the glaciers melted, it got trapped in the river deltas. So when the sea levels began to rise, the fresh water was stuck underneath the ocean.

Since the aquifer mixes with seawater slowly over time, the further away it is, the saltier it becomes. While the water would need to be desalinated prior to people using it, it would still be less expensive than trying to purify normal salt water. Key explained, “We probably don’t need to do that in this region, but if we can show there are large aquifers in other regions, that might potentially represent a resource” for dry locations around the planet, such as the Mideast, Saharan Africa, Australia, or Southern California.