Government Manipulation and the Virgin Mary

It may surprise many to learn that religious-themed manipulation by government agencies and contracted think-tanks has been going on for a very long time. This fact is in evidence in the pages of a fascinating report written back on April 14, 1950 by a woman named Jean M. Hungerford. The title of her paper: “The Exploitation of Superstitions for Purposes of Psychological Warfare.” As a definitive think-tank-type group, RAND was commissioned to prepare the document for the intelligence division of the U.S. Air Force. The USAF had an intriguing request for RAND: Air Force officials wanted to know if religion could be manipulated in such a fashion that it would help the military to win wars around the world. It might have sounded like an odd request, but RAND knew exactly to go with all this. The report runs to just under forty-pages and gave the Air Force exactly what it wanted. Jean M. Hungerford wrote: “Recently a series of religious ‘miracles’ has been reported from Czechoslovakian villages. In one instance the cross on the altar of a parish church was reported to have bowed right and left and finally, symbolically, to the West; the ‘miracle’ so impressed the Czechs that pilgrims began to converge on the village from miles around until Communist officials closed the church and turned the pilgrims away from approaching roads.” 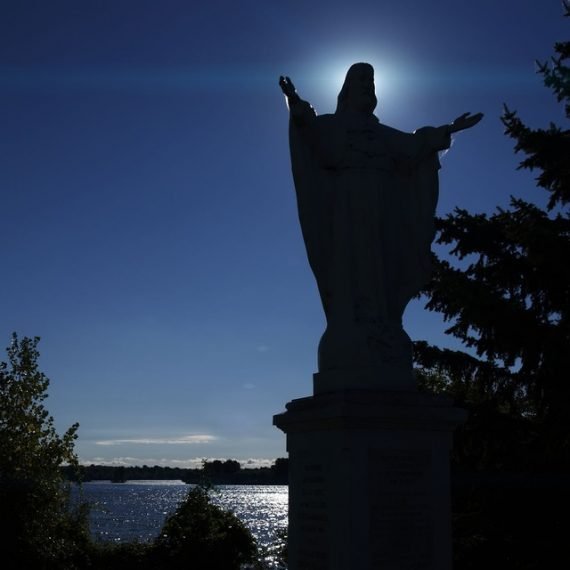 That was not all: Hungerford informed the Air Force that a fascinating story – some might say an outrageous story – to the effect that none other than the Virgin Mary herself had manifested before a communist and smacked him in the face, causing the man to fall to the ground in a dead faint! A somewhat similar tale that Hungerford shared with Air Force Intelligence concerned a group of American soldiers walking along a stretch of road in Western Bohemia – and with the Virgin Mary walking with them, side by side. That wasn’t all: the Virgin Mary was proudly flying the American flag. Although Hungerford pointed out to the Air Force that these stories were clearly fabricated, they were created for a specific reason: that reason was to manipulate enemy forces into believing that the Virgin Mary – and, by definition, God, himself, too – was on the side of the United States. And that both the Virgin Mary and God were both anti-communist in nature. Hungerford wasn’t sure who, exactly, had promoted these tales, but she was pretty certain it was psychological warfare experts buried deep somewhere in the U.S. Intelligence community. 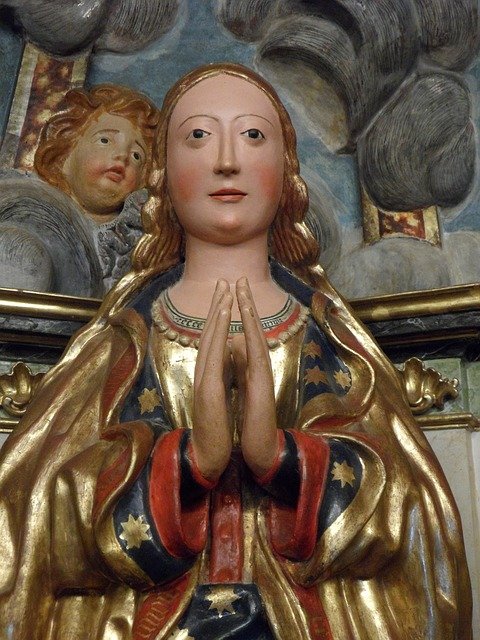 This theory gained more support when Hungerford demonstrated for her Air Force audience that when intelligence agents of both Czechoslovakia and the Soviet Union were shown to have been carefully following all of these events of a manipulative and religious type, the U.S. Army was listening in on them – primarily to make sure that the ruse was working. It was. The extent of the ruse, and the way in which it was clearly working, and working very well, can be seen in Hungerford’s next words: “According to the Foreign Broadcast Information Services’ daily reports of Soviet and Eastern European radio broadcasts, there were nine broadcasts concerning the ‘miracles’ between February 28 and March 19, seven from Czech transmitters and two from Moscow (including a review of a New Times article on the subject).”

It was clear to Hungerford – who went on to make it clear to the Air Force – that manipulating religion for warfare-based reasons and goals was not only feasible but highly successful too. Finally, there was the fact that Hungerford had learned that the Soviets were pretty sure that no such religious events had ever occurred on the battlefield. They knew this was an America ruse, Hungerford told the Air Force, in her report. Going back to the story of the Virgin Mary holding high the American flag, Hungerford noted the content of a radio broadcast coming out Prague, which, today, is the capital of the Czech Republic. Notably, the broadcast was translates into English by none other than agents of the CIA. This makes it very clear that multiple agencies of government and the military were interested in this issue of religious manipulation: RAND, the Air Force, the CIA, and the Army. And, in their own unique ways were all following what was broadly the same path.

The CIA’s translation stated: “It is obvious at first sight that this apparition bears the mark made in the United States. These despicable machinations only help to unmask the high clergy as executors of the plans of the imperialist warmongers communicated to them by the Vatican through its agents.”