In Search of Our Ancestry: Missing Branches in the Human Family Tree

In 2007, a remarkable discovery was made in Ethiopia that shook up the ever-changing debate on human origins. It involved the discovery of a new extinct species of ape, Chororapithecus abyssinicus, whose presence in the region strongly suggested that the divergence between gorillas and chimpanzees might have occurred as early as 12 million years ago, setting back the scales on when scientists initially thought this split occurred by as much as four million years.

In addition to being the original ancestral home of gorillas and chimpanzees, Africa was once a home we shared with them as well. The theory was proposed as early as 1898 by Charles Darwin, who noted the trend between species extant today and their similarity to fossil varieties in the same regions:

"In each great region of the world the living mammals are closely related to the extinct species of the same region. It is, therefore, probable that Africa was formerly inhabited by extinct apes closely allied to the gorilla and chimpanzee; and as these two species are now man's nearest allies, it is somewhat more probable that our early progenitors lived on the African continent than elsewhere.”

He was right, although the idea didn’t gain immediate favor among Darwin’s colleagues. In fact, during the 19th century there may not have been anyone who cared to look for evidence of human origins in Africa, marking a trend that has persisted in science science its earliest institutions: people have a tendency to look for things only where they expect to find them. 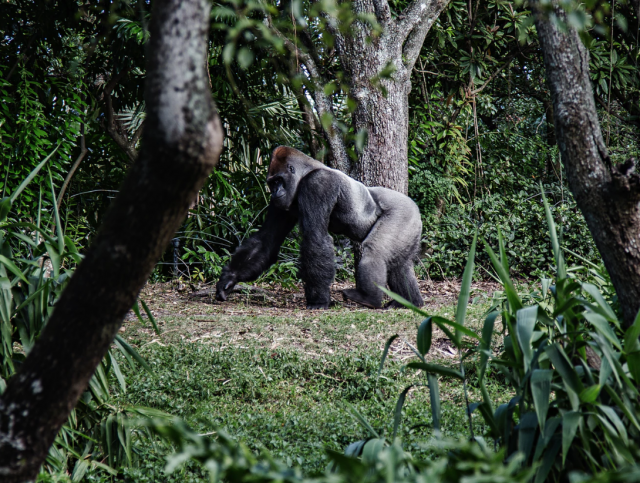 In truth, Darwin’s attitudes had been similarly glum, and in The Descent of Man and Selection in Relation to Sex, Volume 1, he noted what he felt to be the futility of speculating about humankind’s African origins:

“But it is useless to speculate on this subject, for an ape nearly as large as a man, namely the Dryopithecus of Lartet, which was closely allied to the anthropomorphous Hylobates, existed in Europe during the Upper Miocene period; and since so remote a period the earth has certainly undergone many great revolutions, and there has been ample time for migration on the largest scale.”

All this changed, of course, with the discovery of Australopithecus africanus in 1925 by Raymond Dart. It was a discovery mired with controversy, and understandably so: we finally had fossil evidence of an early ancestor of ours that bore distinct resemblance to the arboreal apes we now recognize as cousins.

However, as time often tends to show, our ancient pool of ancestors would not remain a happy family after all. In 2008, another ape-like fossil specimen was unearthed near Johannesburg, dubbed Australopithecus sediba. At an estimated 200,000 years old, this new discovery presented problems for our early Australopithecines.

“The age of the A. sediba fossils meant the species was around as early as 200,000 years before the earliest uncontested member of the Homo genus, H. erectus,” Cosmos reported. “However, two other disputed members of the group, H. rudolfusand H. habilis, were likely around at the same time as the australopithecine.” In other words, the numbers don’t add up, and the dating of the new fossils “represents a strong challenge to the claim that A. sediba is ancestral.”

The story of human origins is an ever-changing one, and this is partly due to the nature of discovery itself. Our perception of the past can only evolve with new discoveries, whether it involves the unearthing of entirely new fossil species, or new, more careful observations about those we already possess. However, the fact that our knowledge of human origins relies on such discoveries presents a bit of a conundrum, since our understanding of the “big picture” can only be as complete as what we already possess; and new discoveries are constantly shifting our earlier preconceptions about the lineage of human evolution.

There have been a number of radical shake-ups in recent years, which include the discovery of Homo floresiensis on an Indonesian island in 2004, as well as Denisovans in a cave in the Altai mountains in south-central Siberia in 2008. Of the latter species, the earliest fossil recoveries had been little more than a finger bone fragment, which was destroyed in order to facilitate mtDNA analysis; this was followed by several molars and a fragment of an arm or leg bone from the same location (it was recently revealed that a partial mandible was recovered from Baishiya Cave in 1980, and had already been known to exist, albeit unrecognized).

Neither of the aforementioned species was known to exist, of course, prior to the recovery of their fossils; quite obviously, the idea of having foreknowledge of extinct species would seem absurd, since the fossils alone would be the sole identifier in the recognition of such creatures. On the other hand, there are some animal species extant today—including modern gorillas and chimpanzees—that obviously are known to exist, but are not found in the fossil record. This is due primarily to the wet jungle habitats where they thrive, which simply aren’t conducive to fossil formation.

This raises an interesting question: how would we approach the discovery of an as-yet-unknown animal that might still exist today, but which does not appear in the fossil record, perhaps due to the environment in which it thrives?

It's an interesting question, even purely as a thought experiment, although for the purposes of our discussion, there is such an alleged creature, said to resemble both humans and known varieties of great apes, that might qualify: this is the Pacific Northwestern Sasquatch. 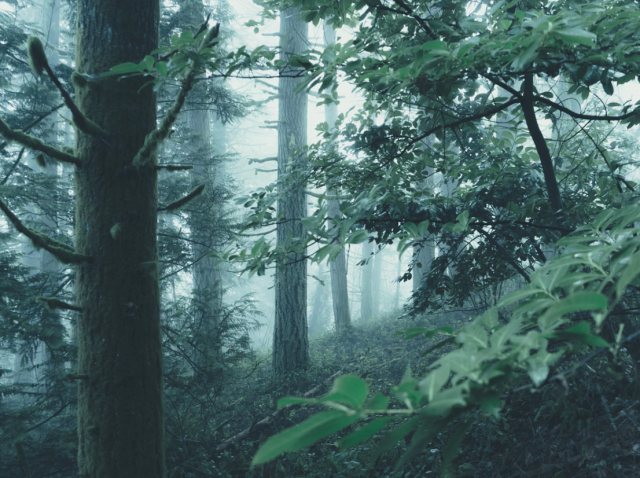 One of the chief arguments against the Sasquatch has been that there is no evidence in the fossil record that supports its existence. However, as we have already discussed, this is not unlike other known varieties of great apes that exist today. When we compare the wet, mountainous habitat of the Pacific Northwest to which the Sasquatch is most popularly associated with that of the Albertine Rift montane cloud forests where the mountain gorilla (Gorilla beringei beringei) resides, we do see similar habitats, at least in terms of areas that are not likely to favor the formation of fossils.

Still, while we're on the subject of fossil discoveries, there is at least one large ape from prehistory that has been offered up as having potential relevance to the Sasquatch phenomenon, and that's Gigantopithecus blacki, a large ape that may have existed as recently as 100,000 years ago.

Proponents of a link between Gigantopithecus and Sasquatch note that other varieties of creatures believed to exist only in the fossil record have been found alive today, with the rediscovery of the coelacanth being the most notable example of such a find. The rediscovery of a comparatively small aquatic species off the African coast is a far cry from that of a large, land mammal in North America; but in principle, it illustrates that these “living fossils” have indeed been found.

As a final note, we must consider the recent discovery of the Red Deer Cave people, whose remains were found in the Yunnan Province at the location from which they earn their name in 1989 (and only identified within the last few years). These mysterious early humans, who bear the closest resemblance to extinct species like Homo erectus and Homo habilis, lived as recently as 11,500 years ago, which would have had them dwelling in parts of China thousands of years after migrations into North and South America began. This discovery has startling implications, as it does appear to suggest that other varieties of hominid could have existed—or might even still exist—in some parts of the world today.

Although formal designations of the Red Deer Cave people as an entirely new species have not taken place, their discovery has certainly been one of the many continuous shake-ups that anthropology undergoes every few years or so. With time, and perhaps with new fossils—or even a living specimen of something new, and unforeseen—perhaps there are yet to be exciting chapters added to the ongoing saga of humankind and our hairy cousins.