It's not often that you find government documents on crashed UFOs. Certainly, there have been reports that have debunked the UFO angle of such crashes (such as the U.S. Air Force's 1994 and 1997 reports on the notorious Roswell affair of July 1947). But, when it comes to the matter of potentially real crashed UFOs, the paperwork is scant - to say the least. There is, however, a document from the CIA which addresses a controversial (some might say "notorious") Russian case from January 29, 1986. In a document of November 22, 1989, we have the following from the Foreign Broadcast Information Service (which, as Wikipedia correctly states, was "...an open source intelligence component of the Central Intelligence Agency's Directorate of Science and Technology. It monitored, translated, and disseminated within the U.S. government openly available news and information from media sources outside the United States...").

The CIA document reveals the following: "Setting the tone for this media coverage was an article in the 9 July 1989 SOTSIALISTICHESKAYA INDUSTRIYA, which referred to many recent reports of UFO sightings in the USSR. Interviewed by the paper, P. Prokopenko, director of a laboratory for the study of 'anomalous phenomena,' stated that a 'permanent center' for the study of UFOs is being established in the Soviet Union. In addition to conducting research and presenting lectures on UFOs, the center will support the investigation of reported sightings. In referring to an issue of the paper published in July 1988 that included a report on an 'amazing event that took place on Hill 611 near the village of Dalnegorsk in Primorskiy Kray,' the article noted that the event is still under investigation. Many observers saw a flying sphere crash into one of the hill’s twin peaks, and physicists and other scientists from the Siberian Division of the USSR Academy of Sciences are still studying the 'fine mesh,' 'small spherical objects,' and 'pieces of glass' that are considered to be small remnants left behind by the sphere. According to the article, the alleged spacecraft was nearly obliterated in the crash, but there appears to be enough material at the site for the scientists––a mixture of UFO 'enthusiasts' and skeptics––to eventually 'penetrate this mystery.'"

The CIA had much more to say of this case: "In studying the site, scientist A. Makayev reported finding gold, silver, nickel, alpha-titanium, molybdenum, and compounds of beryllium. One of the 'skeptical' physicists from Tomsk has hypothesized that the so-called sphere could have been some kind of a  'plasmoid,' formed by the 'interaction of geophysical force fields,' which captured the elements found by Makeyev from the atmosphere on its trajectory toward disintegration on the hilltop. Other researchers have generally rejected this explanation since the amounts of various types of metals found at the site would imply, according to this 'plasmoid' theory, that “the concentration of metals in the atmosphere should exceed the present level by a factor of 4,000.”

And there was more to come, as the documentation demonstrates: "Some of the scientists have concluded that the object that crashed into Hill 611 was an 'extraterrestrial' space vehicle constructed by highly intelligent beings. Doctor of Chemical Sciences V. Vysotskiy stated that 'without doubt, this is evidence of a high technology, and it is not anything of a natural or terrestrial origin.' He cited the fact that the remnants of fine mesh included bits of thin threads with a diameter of only 17 microns and that these threads, in turn, were composed of even thinner strands twisted into braids. Extremely thin gold wires were discovered intertwined in the finest threads - evidence of an intricate technology beyond the present capabilities of terrestrial science, according to Vysotskiy." 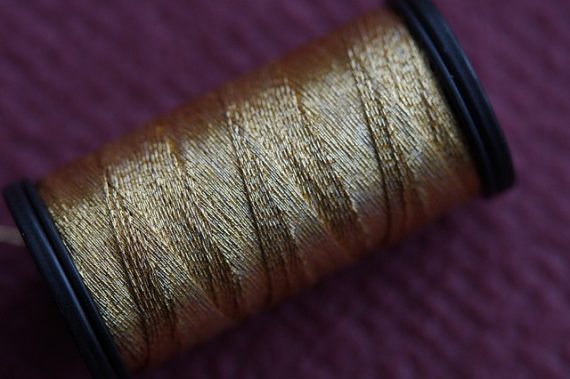 As the CIA noted, however, there was a down to earth theory for all of this, too. Again, let's take a look at what the CIA recorded: "Physicist Yuriy Platov of the Terrestrial Magnetism Institute does not believe the claims of scientists who maintain they have found remnants in Dalnegorsk of a UFO constructed by extraterrestrials, and he is convinced that the materials found at the site are really only the remnants of the unsuccessful launch of a Soviet rocket in that region. He believes that many of the other reports of UFOs can be explained by the inability of the observers to recognize the phenomenon known as 'ball lightning.'"

The CIA document concludes: The [19-25 October 1989 edition of the POISK journal] article contrasted Platov’s view with that of another physical scientist, Vladimir Azhazha, who was recently elected chairman of the All-Union Commission for the Study of Unidentified Flying Objects of the Union of Scientific and Engineering Societies. Azhazha compared reports of a UFO crash in the USSR with a claim by UFO enthusiasts in the United States that a UFO had crashed in the desert near Roswell, New Mexico, in 1947. He believes there is sufficient evidence to support the claims of UFO crashed in both cases––in Dalnegorsk and in Roswell. In the latter case, he cited the testimony of eyewitnesses who maintained that they had seen the bodies of four extraterrestrials lying near the smashed spacecraft. According to Platov, however, the eyewitnesses in the Roswell case were mistaken. He believes that the object that crashed was a USAF experimental rocket with four Rhesus monkeys aboard and that the accident was the result of an unsuccessful launch attempt at the dawn of the space era."