More UFOs Over Navy Ships — This Time in China

Here’s some good news on the UFO front. Despite their alleged technical superiority and potential military might, the Chinese are worse than the US when it comes to identifying unidentified flying objects. In fact, their UFOs seem to be less advanced that ours too. U-S-A! U-F-O! U-A-P! U-S-A!

“It is reported that the UFO occurrence time is about 4:28 in the morning on the 2nd, and the areas where the UFO can be visually observed include Shandong Province, Shanxi Province, Henan Province, Hebei Province and other provinces.”

According to multiple Chinese news sources, UFOs were seen in various locations over a large swath of China on the morning of June 2, 2019. Many of them repeated the observation that “Some netizens said that this is not the first time to witness similar UFOs,” and the Global Times in a late report observed that “the objects remain a mystery” and “No official explanation has been given as of press time.” However, it and other sites speculated that the UFOs might be related to naval operations in the Bohai Sea and Bohai Straits on the coast of Northeastern China. 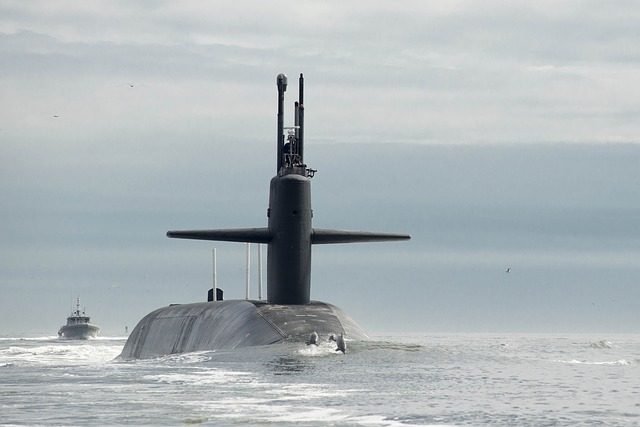 Ha! Those Chinese 'netizens' can’t even tell the difference between a missile and an alien spaceship or top-secret military test vehicle. The photos accompanying the articles (see them here and here and here) would have caused laughter and derision if they’d been released in the U.S. as UFO sightings – remember those nighttime secret rocket launches off the California coast last year? In order to defy identity, a UFO has to look strange (like a Tic-Tac) and make maneuvers that no known aircraft can make (like those UFOs dogging our own navy ships that even The New York Times can’t identify). Now THOSE are UFOs.

On the other hand, those with knowledge of the Chinese military suggest these “UFOs” might be Julang 3 submarine-launched ballistic missiles. If that’s the case, there’s some non-UFO cause for alarm.

“According to the current widely said, Julang 3 has a range of more than 12,000 kilometers. It is a land-based Dongfeng-41 transformation, which can be deployed on the coast of China and can cover the whole world. The analysis pointed out that Julang 3 will be carried on the 096 strategic nuclear submarine and become an important part of China's Trinity's second strike nuclear force.”

The identifiable Julang 3 (Giant Wave 3) is China’s best ICBM and this test may prove it’s now being launched by submarines.

On the other other hand, there’s speculation that those Tic-Tac UFOs seen over US naval operations are actually top top secret US next-next-generation aircraft, which means our maybe-not-UFOs are still better than their probably-not-UFOs.

Perhaps the announcement of the “Space Force” really is just a farcical diversion to trick others into the delusion than we’re really lagging in technology. Perhaps those Tic-Tacs and triangles are going to be our response to those missile-shaped UFOs.

Do you want to believe in UFOs or in U.S. dominance in space?