In France, they’re called “cercles de culture,” although a better name might be “cercles de ooh la la” after a couple was found naked in one by the farmer whose field had already been trampled once by whatever it is that’s making these crop circles that have suddenly started cropping up all over the French countryside. The count is up to at least six and there may be many more now that one group has revealed how they made theirs. No, it wasn’t “extraterrestres,” although the juries are still out on the other five circles.

The first French cercle de culture appeared early in the growing season on June 6 in Baillet-en-France in northern France. It was spotted by a pilot in the Enghien-Moisselles flying club and posted on their Facebook page. The club reported that the pictures got more views than any other posts on their page and other pilots saw plenty of spectators – but no naked couples trying to get into the Crop Circle Club. As can be seen in the pictures, it was a fairly simple design.

The second crop circle was the big one found on June 12 in Saint-Hippolyte in northeastern France near the German border where the farmer found the nude couple doing the crop circle strut. That one was much larger – covering  parts of two fields – but still fairly simple in shape. (See it here.) 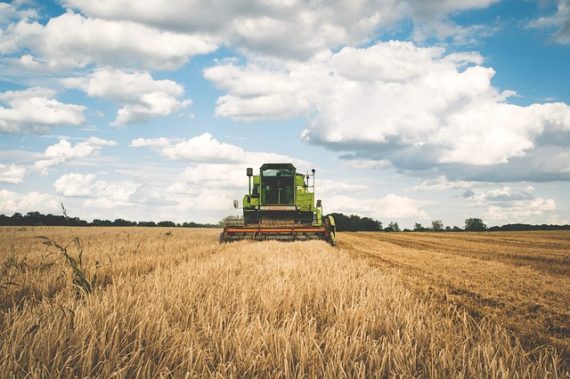 The next one was reported on June 14 in a ‘cereal’ field at Menetou-Salon in central France. The owner of the field said it could have been there for up to two weeks because some of the crop was sprouting again in the paths that he believed were created by humans using tractors and boards. Again, a typical set of circles and lines and fairly plain. (See it here.)

That can also be said of one in the field of a man of La Manche on the English Channel in the northwest coast of France. The circles and crescents found on June 13 cross multiple tractor paths that could have been used for access. The count was now up to four – twice as many crop circles as had been seen in a single year in France. Whoever or whatever was making them may have been new at it because the patterns were simple in comparison to many of those that appear annually in England. (See it here.)

That changed somewhat on June 17 with a small but elaborate tight cluster of circles and triangles in a field in St-Jean of Bassel in northeast France. It was only 20 meters across (a third the size of some of the others) but geometrically pleasant. Even casual observers can see the tractor path leading up to its side. (See it here.)

That brings us full circle to the last one (for now) which was discovered on June 17 in Blaesheim in northeastern France on the German border near cercle de culture found in Saint-Hippolyte. This had a more elaborate design than the rest (see it here)  … and a good reason why. DNA.fr reported almost immediately that the circle was created by local students from the Jean Sturm Gymnasium in Strasbourg as a geometry project. Their math teacher contacted the local mayor and his brother who were also owners of a farm – thus getting both a field and access in one call. The students used the classic ropes-and-stakes crop circle strategy seen in many instructional videos and were successful in creating a nice one, that was quickly photographed by a pilot and uploaded to the Internet.

The math teacher of the students in Blaesheim said they were inspired by the crop circle in Saint-Hippolyte (for purely geometric reasons – not to attract naked couples). Is imitation the reason for the crop circle-palooza in France this summer? The simple designs, obvious tractor marks and occasional confessions push the skeptic needle towards that side, although the honesty of the students keeps the needle from plunging into the deep red ‘hoax’ area. Nonetheless, it’s an interesting phenomena.

Will it continue through the summer? Will anyone else join the French Crop Circle Club? Do the French really need crop circles for a naked rendezvous?