Mysterious Exomoons Could Be Our Best Chance At Finding Alien Life

According to Dr. Phil Sutton, who is from the University of Lincoln, the most likely source of discovering alien life would be on moons that are orbiting planets outside of our solar system. He told MailOnline that bigger planets – some of which are larger than Jupiter and Saturn – have “exomoons” that could potentially contain life.

Even though the planets could be outside of the “Goldilocks zone”, the gravity of the planets can still warm up the core of their moon, meaning that it could possibly contain liquid water. However, Dr. Sutton said that these exomoons are very hard to detect.

The planets are discovered by scientists observing distant suns and when they see an object pass in front of the star, dimming it, that’s when they realize that a planet is orbiting it. The moons, on the other hand, are nearly impossible to see. 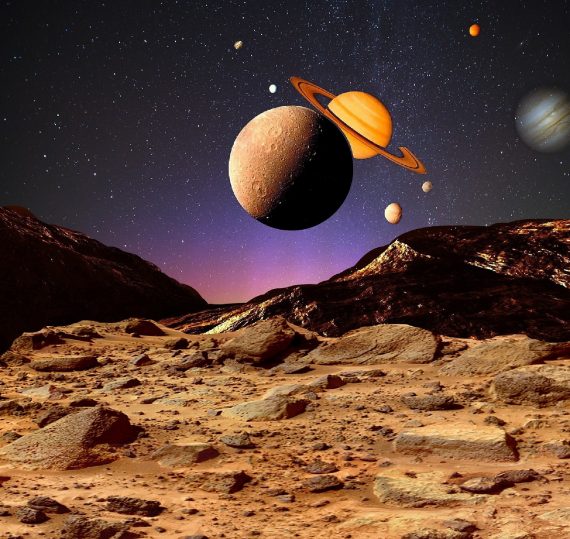 Dr. Sutton claimed that the gravity as well as the position of the moons in proximity to the planets could indicate that there could possibly be life there. He said, “Personally I think exomoons are a possible source of life.” He went on to explain, “The habitable zone has to be a certain distance from the star with enough energy for liquid to survive and not freeze or boil.” Earth is located in the middle of the habitable zone in proximity to our sun, so scientists are looking for planets in the similar zone to their own suns.

Dr. Sutton is focusing on a distant planet (around 420 light years away from Earth) called J1407b which has been called a “super-Saturn” with rings that are 200 times the size of Saturn. The rings each have a diameter of tens of millions of miles.

Dr. Sutton’s research was published in the journal Monthly Notices of the Royal Astronomical Society (which can be read here) and it explains how he used computer models in order to try to explain the unknown gaps that were located in the rings. “One of the scenarios that may have caused these gaps is that moons inside and outside affects them and the gravity causes the gaps,” he stated, adding, “Previous research had found these gaps in other planets and I applied the knowledge from Saturn to see if there was any direct evidence of a moon. One dimming event lasted for 56 days and was very chaotic and not symmetrical. It was elongated and, when modeled, indicated it was caused by a moon and the uneven structure inferred the presence of rings.”

Whether future research will confirm if exomoons do in fact harbour life remains to be seen, but it’s definitely a real possibility that alien life could be proven somewhere in the universe.