The octopus is already an impressive creature (and probably knows it) and it certainly doesn’t need any help from humans reinforcing that notion. Yet we keep studying them – possibly to prove to ourselves that we really are superior to them. Good luck with that – especially after a new study found that an octopus’ arms can and do operate independently from their brains, making snap decisions on their own. Who’s the sucker now?

“It’s an alternative model for intelligence. It gives us an understanding as to the diversity of cognition in the world, and perhaps the universe.”

Uh-oh. Is Dominic Sivitilli, a graduate student in behavioral neuroscience and astrobiology at the University of Washington in Seattle who presented the new research at the 2019 Astrobiology Science Conference (AbSciCon 2019) hinting that octopuses are from another part of the universe? Perhaps he’s implying that their arms are.

“The octopus’ arms have a neural ring that bypasses the brain, and so the arms can send information to each other without the brain being aware of it. So while the brain isn’t quite sure where the arms are in space, the arms know where each other are and this allows the arms to coordinate during actions like crawling locomotion.” 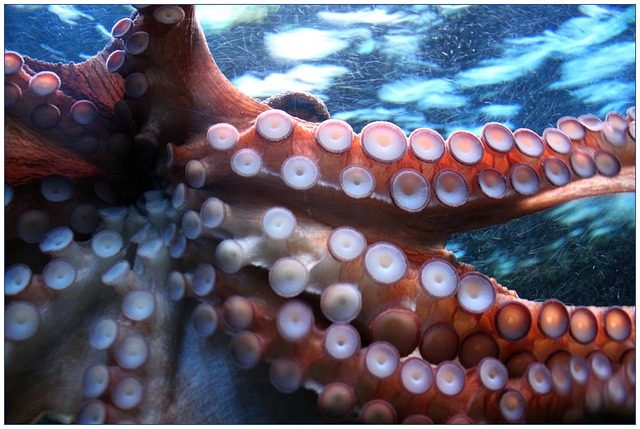 In a press release for the conference, Sivitilli describes how he watched the Giant Pacific octopus, the world’s largest, and East Pacific red octopuses captured in the Puget Sound off Seattle’s coast as he gave them objects such as cinder blocks, textured rocks, Legos and maze puzzles containing food. with food inside. After recording the arm movements on video, he used a computer program to analyze them. What he found was suckers picking up information from their environment and coordinating movements directly with other suckers, which then worked collectively to create arm movement.

Did he say “collective”? 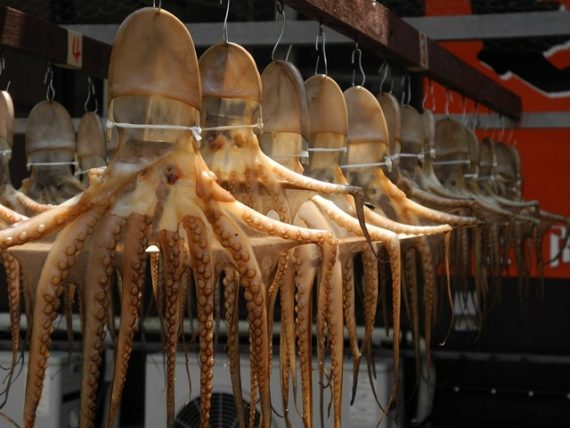 “What we’re looking at, more than what’s been looked at in the past, is how sensory information is being integrated in this network while the animal is making complicated decisions.”

In other words, while the octopus’s brain is away, the suckers will play. Will they make decisions contrary to what the brain might make given the same data but more time? Good question. Ask an octopus.

It was just a year ago that a different scientific paper proposed that the first octopus on Earth came from “cryopreserved and matrix protected fertilized Octopus eggs” carried on-board a vessel sent here from another planet 270 million years ago. We know that octopuses can edit their own RNA. Now we know their suckers act in a coordinated collective without needing instructions from the Borg Queen brain.

What next? These researchers were having giant Pacific octopuses lift cinder blocks. They’re already smarter than us … do they need to be stronger than us too?

Bottom line … if a talking octopus head comes to your door and says he’s unarmed, check the back door – the Ocean’s Eight appendages are probably breaking in.

Commanding and Controlling the Weather by 2025?