One might argue that there would probably be no subject of greater potential significance in modern anthropology than the existence of Sasquatch. That would be the case, at least, if only the subject were taken seriously by the broader academic community.

Despite a modicum of physical evidence that may indeed support the presence of an unidentified, bipedal ape-like creature in North America's most remote regions, the odds weighing against there being a breeding population of large creatures that science has yet to recognize seems virtually impossible.

In an op-ed that appeared on May 28 in the Washington Post, titled "UFOs exist and everyone needs to adjust to that fact," Daniel W. Drezner, professor of international politics at the Fletcher School of Law and Diplomacy at Tufts University wrote, "UFOs have historically been associated with crackpot ideas like Big Foot or conspiracy theories involving crop circles." Drezner was driving home the point, in other words, that with all the recent news suggesting the merit of UFO research, we must make distinctions between them and "crackpot" ideas like "Big Foot." 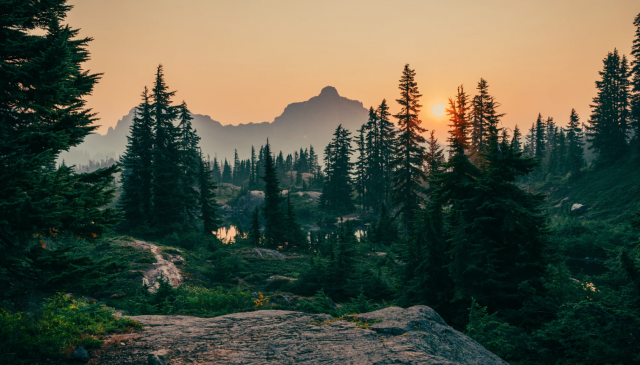 Whether or not you choose to give yourself to blind faith in the matter of America's alleged great ape (I, for one, do not), such statements are frustrating nonetheless. UFOs were similarly derided for a number of years, despite an extraordinary amount of information about them in the form of photographs, films, official documentation, and anecdotal eyewitness sightings. We are far from Much the same can be said of Sasquatch... and yet public attitudes toward the two subjects, as we have seen, appear to contrast sharply.

In what may be the most recent widely publicized story pertaining to the ongoing saga of the Sasquatch, a series of FBI files detailing the analysis of hair samples once thought to have belonged to the legendary Sasquatch raised concerns among some members of the Sasquatch research community.

"Skeptics love it," said Idaho State University professor Jeffrey Meldrum, Ph.D., in a statement to Idaho Press on Friday. Meldrum, referencing the hair samples featured in the grainy black and white files released by the Bureau, further noted that it was apparent that "it’s not primate hair", and that "on the basis of that photo alone that it was almost certainly [from the deer family].”

Meldrum, a professor of anatomy and anthropology, is a leading proponent for the physical existence of Sasquatch and worries that stories in the popular press about the FBI's study could do more harm than good.

"[I]t diverts attention away from the more compelling evidence," Meldrum said, citing evidence in the form of footprint castings, recordings of purported Sasquatch calls or vocalizations, and controversial photographic evidence that includes the famous 16 mm film made by Roger Patterson in Bluff Creek, California, in 1967.

I recently spoke via telephone with Peter Byrne, a conservationist and former big game hunter who spend several decades searching for Sasquatch (Byrne was the researcher who provided hair samples to the FBI in  1975, as referenced in the aforementioned documents). In addition to the FBI documents making the rounds in the news, we discussed some of the best evidence, as well as the problems that emerge in the study of this subject.

Such issues are nothing new to Byrne, who wrote in 2015:

"As to the reality of the phenomenon, I have no hesitation in stepping forward and saying that I believe in it. I say this of course as a layman—an old field wallah, if you wish—with no scientific qualifications at all and no physical evidence ever seen or found to support my claim, nothing at all--not a bone, no tissue, not an ounce of feces, not even a single hair, not a whisker, as they say. Many claims, I might add, have been made in this area by many people, about having samples of all kinds. But when challenged-put up or shut up-nothing comes forth and the fact is, and I state emphatically, nothing in the way of physical evidence, nothing, has been found to date."

The burden of coping with a disproportion of anecdotal (i.e. eyewitness) data that far outweighs the physical evidence has long been the heavy load carried by the serious Sasquatch research community. The problem is further complicated by a scientific establishment that refuses to acknowledge (and at times understandably) the study of unknown or "hidden" animals as a valid form of scientific inquiry. The result has been a flood of non-professional researchers, often without scientific training or reliable funding, who enter the wilderness with hopes of solving the mystery for themselves.

From this, a cyclical relationship emerges: scientifically trained researchers who are already critical of an idea they deem to be unlikely are further dissuaded from participation on account of the involvement of a "fringe" element that often bears more hallmarks of a culture industry than it does any kind of research community.

Because of this, there may be no clear answer as to how research can proceed, at least in the academic sense of things. There will always be a scattered few, the likes of Jeff Meldrum, that have been willing to cater to interest in the subject despite ridicule from peers in academia... but that's about it as far as getting the anthropological community involved.

Simply put, there is probably no other area of potential anthropological interest quite so strange as the study of Sasquatch; a field where mountains of anecdotes have never managed to find their complementary samples of hair, feces, or bone. If such a creature does indeed exist (or if it ever did at any time), there may be nothing more mysterious about it than the utter absence of physical remnants it has left behind... and that, friends, for any real creature of its size and scope would be perplexing indeed.