If you’ve seen two Godzilla movies, you’ve undoubtedly noticed that the monster is of different sizes in each. If you’ve seen all 35 of them (you know who you are), then you’re well aware that Godzilla has not only doubled in size over the years, but goes up and down more than someone on a fad diet (could it be the cars it eats?). And if you’re never seen a single Godzilla movie, you still know enough to snootily point out to us fans that we’re talking about a fictional movie creation that is usually a guy in a latex suit. We know … but that doesn’t explain why it seems to grow so fast. Now, two scientists have proven that you can get funded to study anything by studying Godzilla’s growth over the decades and explaining what probably caused it.

“Godzilla’s “evolutionary biology” is a topic of enduring interest among devotees, with numerous fan pages and forums dedicated to the subject.”

That is the basis for the new academic paper by Nathaniel Dominy, the Charles Hansen Professor of Anthropology at Dartmouth, and Ryan Calsbeek, an associate professor of biological sciences at Dartmouth. Published last week in the journal Science, it begins at the beginning with Ishirō Honda's 1954 film "Godzilla." In that one, which was created as a direct response to the U.S. thermonuclear weapon test conducted at Bikini Atoll in the Marshall Islands on March 1st of that year, the creature is estimated to be 50 meters (164 feet) tall. In the new 2019  "Godzilla: King of the Monsters," it is 120 meters (393 feet) tall. By doubling in size in 65 years, the researchers estimate that Godzilla evolved 30 times faster than any real creature on Earth, including the ceratosaurid (therapod) dinosaur it most resembles or any real Lazarus taxon, which are creatures that have disappeared and then reappeared just as Godzilla has. 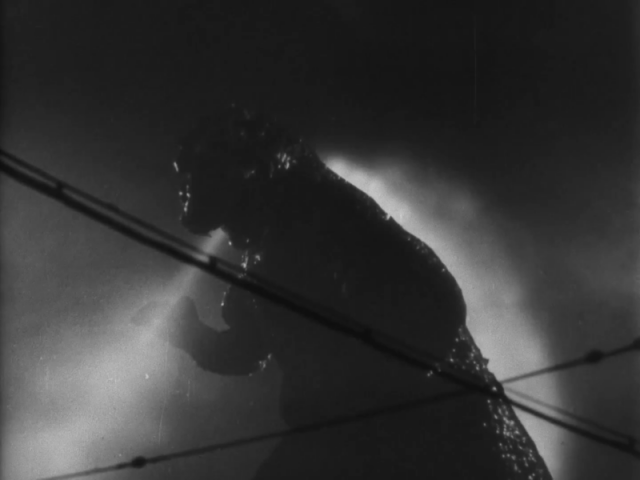 Godzilla evolved 30 times faster than any known animal. But why?

"We think cultural anxiety could be this agent of change on this metaphorical movie monster."

The key words here are “cultural anxiety” and “metaphorical.” Dominy and Calsbeek figured that a fictional monster created by a culture (mostly Japanese but later American) which had anxiety about hydrogen bombs, atomic fallout and nuclear war would grow as the threats grew. To prove this, they plotted the growth spurts of all of the movie Godzillas on a timeline, and then overlaid it with the growth spurts of U.S. military spending from 1954 to 2019. Simple … yet telling. However, nuclear war alone doesn’t account for all cultural anxiety. Throw in climate change, terrorism, political instability, economic imbalance and Game of Thrones ending and the plot of the graph matches the plots of the Godzilla movies – both  monster  keep getting bigger and harder to defeat.

What’s next … a mile-high monster?

“Indeed, Godzilla’s near invincibility almost always eventually leads humanity to the realization that they must work together to defeat it (except, of course, when the creature becomes an unlikely ally, but that is another story). The monster is thus more than a metaphor; it is a fable with a lesson for our times.”

The answer from Dominy and Calsbeek is maybe … unless we learn the lesson of the study and the movies and work together “across countries, across disciplines, and across party lines” to reduce the causes of cultural and environmental problems that have raised the ever-growing monster of anxiety.

And remember, there’s more than one anxiety monster. As Kyohei Yamane-hakase said in the original 1954 Godzilla:

“I can't believe that Godzilla was the only surviving member of its species…But if we continue conducting nuclear tests, it's possible that another Godzilla might appear somewhere in the world again.”