“She believed he was an extra-terrestrial being”

A couple of days ago, I wrote an article here at Mysterious Universe titled "The Men in Black in Today's World." You can find it at this link. I thought that today I would share with you another case that reached me in recent times - and which continues to demonstrate that there's no shortage of such MIB cases surfacing. This one surfaced on October 28, 2016. I was spending the weekend at Kent Senter’s Night Siege conference in Greensboro, North Carolina. It was a fun gig and one that was well-attended. My agent Lisa Hagan was there too, as was her mom, Sandra Martin, who is the brains behind Paraview Books. I hadn’t seen either of them for a few years, so it was great to catch up again. It was during a quiet few moments in the event, and before I was due to do a presentation on the MIB/Women in Black issue, that a man came up to me and gave me a manila envelope. He introduced himself: Wayne LaPorte.

Wayne was a significant figure in 1970s-1990s era U.S.-based Ufology, having written for a number of UFO-themed magazines and journals back then. I opened the envelope to find a couple of MIB-based cases that Wayne investigated in the 1970s. He very generously let me keep the reports; he also gave me permission to reproduce them. One of them was written to Wayne by a now-retired employee of the Gaston Gazette newspaper, which covers the town of Gaston, North Carolina. Dated July 23, 1977, it read as follows:

"As a part of my work as a reporter for the Gaston Gazette, I wrote a number of stories during the last three months of 1976 which dealt with UFO sightings in Gaston County. I think it is important for anyone who reads this recollection to know that I was interested in these stories mainly for their sensational news appeal. I have never attempted to make a study of UFOs or occupants and know virtually nothing about the subject. During the Oct.-Dec. 1976 period in which I was writing stories about hundreds of UFO sightings in Gaston County, I received a telephone call from an unidentified woman. I believe the call was made sometime in November. I do remember it was on a Saturday afternoon between 4-6 p.m. The woman would not reveal her identity because, she said, too many people would think that she was 'crazy.' 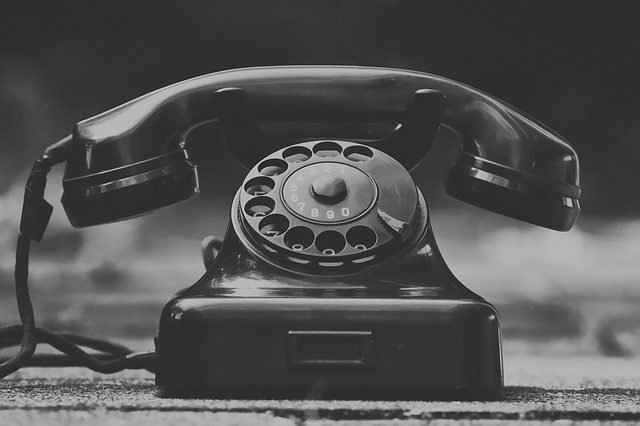 "I pushed for a story during the call which lasted about 45 minutes, but the woman – she sounded middle age – would not consent. In fact, it was her really strong desire to remain unidentified, even to me, that made me believe she was serious about what she was saying. My recollections are vague, but I do remember her beginning her story by telling me about UFO visitations to her home. She would not tell me where she was located, other than in Gaston County. She said something about strange noises outside her bedroom window, rocks being thrown on the window panes. The noises caused her dog to bark continuously.

"During the several times that she believed UFOs to be outside her home, she and her mother and child would close themselves in a bedroom, the same bedroom I referred to earlier. I remember her telling me that she read the Bible when she heard the noises and that the reading seemed to drive the noises away. At some time after she experienced the visitations, a stranger came to her home. She told me the name he used but I do not recall it. He told her he was from Chapel Hill and she said that he had some knowledge of the Chapel Hill area. I believe she told me that the man had blond hair and wore a black turtle-neck sweater or knit shirt. The turtle-neck part I am sure of. She also described him as having a larger than normal head. 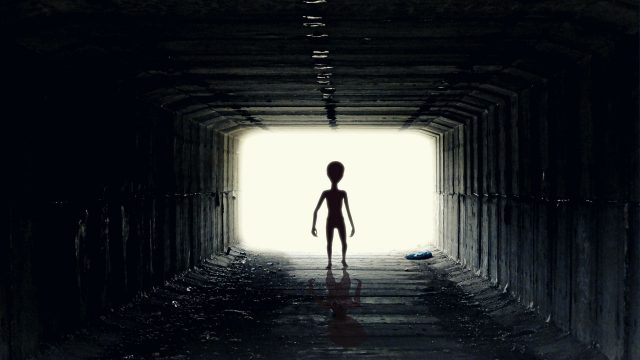 "She and her husband talked to him in their home for a while then took the man to Shoney’s for a meal. She told me that he held the menu upside down and did not know what to order. She ordered fried chicken for him. He told her, she said, that he did not know what fried chicken was. He ate it anyway, she said. That’s about all I can remember her telling me about the visit. But she said that later she tried to call him in Chapel Hill. There was no listing for the name he gave.

"I remember that she told me the reasons she believed he was an extra-terrestrial being, but I do not remember what those reasons were. I can’t be sure, but it seems that she said he left an address and that she wrote to him at the address and the letter was returned. I begged her to tell me if she ever had another similar experience. She promised to call me. She has not and I do not think she ever will because she knows that I want her story and she is 100 per cent against even a no-name type story. I have been a newspaper reporter since 1969 and I have never talked to an unidentified caller who, I sensed, was so careful to give no hints about her identity or her residence. And at the same time, I felt she was completely convinced about her experiences. In any event, I am convinced that she was not playing a prank to see if we would bite for a story."

It's important to note there are several issues that place this case in the MIB category. First, of course, there's the fact that the mysterious man was dressed in black. Second, like so many of the Men in Black, the curious character didn't seem to fully understand what food was. And, third, he didn't look entirely human - there was a difference in the head. Another case of a weird Man in Black encounter to add to an already huge number.

Percy Fawcett and the Mysterious Man Apes of South America