The Chupacabra: A Bloody Controversy and Vampires

Back in the summer of 2004, I went on my first expedition to Puerto Rico, in search of the legendary Chupacabra. Along with me was Jon Downes of the U.K.-based Center for Fortean Zoology. We were there with a crew from the SyFy Channel, who were making a then-new series, Proof Positive. Since then, I have been on many trips to Puerto Rico, mostly for research, but on a couple of occasions for vacations. In fact, I've been thinking about moving there. But, I digress. Back to 2004: Our first stop was the farm of a man named Jorge, who had a disturbing experience in the late 1990s (either 1998 or 1999, Jorge explained). Since we didn't speak Spanish, we had someone at hand who could do all of the translating: Carola, who was our guide for the week or thereabouts. The story that Jorge told us was as bizarre as it was uncanny. At some point during the early hours of a summer’s morning, Jorge's chickens were killed - all of them.

The scene both shocked and puzzled Jorge. Every single one of his chickens were dead. The killings did not look like the work of a wild animal, however. Indeed, the animals were not torn apart in the slightest, as one might well expect in a ferocious, wild dog attack. In fact, the only evidence of damage to the bodies was – wait for it, and take a deep, long breath – a pair of significantly sized holes in the necks of each and every chicken. Oh, and lest I forget, all the birds were drained of blood, said Jorge. It was at this point that Jon began to make dark and disturbing murmurings about vampirism, black cloaks, fangs, and terrible creatures of the night. It all made for excellent footage for the SyFy Channel. But were the chickens actually drained of blood? 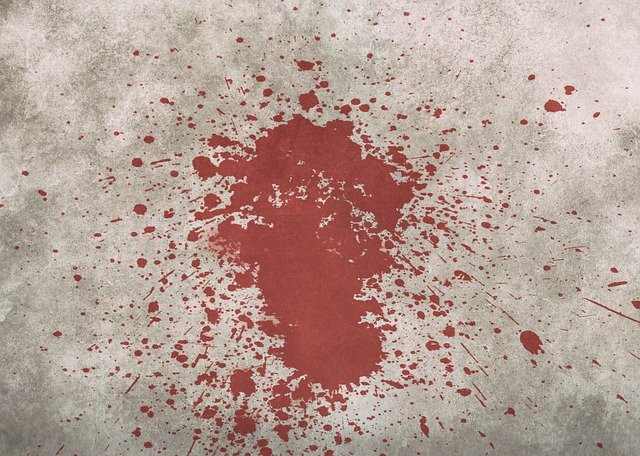 Jorge’s line of thinking was that because there was a complete lack of blood at the scene, and a cursory study by him of several of the bodies revealed no blood around the wounds, he had assumed the blood was drained. One could, however, make a very good argument that the lack of blood was because it had sunk to the lower parts of the body; something which most assuredly does happen upon death. It’s all due to nothing stranger than good old gravity. I did not know it at the time, but this issue of blood draining, in relation to alleged chupacabra attacks, was one that would dog me for years to come.

The matter of the blood aside, there were undeniable anomalies in the case. Jorge’s chickens did not run free in his yard, either during the day or at night. Rather, each chicken had its very own cage, which were kept securely locked at all times. Whatever had killed the birds had opened the latches that kept the doors solidly in place. We said for the cameras that this suggested a human culprit was the guilty party. We also noted, however, there were major flaws in this theory. If a person was responsible, how on earth had they managed to kill more than two dozen chickens in the dead of night and in a very precise fashion? And, in a remote, little village that lacked any streetlights and any other kind of nighttime illumination? And why?

Jon asked Jorge – via Carola – if he had found any footprints, human or otherwise, around the cages, beyond his own. The answer was a decisive no. Jorge did state, however, that he found some rather unusual, coarse hairs stuck in the wires of one particular cage that had been violently twisted out of shape. He told us that the hairs had been handed over to a local policeman who promised to have them analyzed. Jorge heard nothing more from the officer and could not recall his name. End of story. Well, not quite. I asked Jorge who or what he thought was responsible for the mass slaughtering. His one word answer was, of course: "Chupacabra."

As I noted earlier, I have now been to Puerto Rico on many occasions. On each time, I have heard tales of the chupacabras' love of blood - and even of their ability to drain animals dry of blood. I have to say, though, that I have yet to see any evidence that blood has literally been drained from the unfortunate animals that were attacked. Over the years, I have certainly found myself on the receiving end of a lot of rumors and friend-of-a-friend-type tales of blood-sucking/drinking. As for evidence, though, not a single bit. There's no doubt in my mind that the blood-sucking angle is down to a couple of things: (A) the rumor-mill and (B) an assumption that blood had been drained in large amounts, when, in reality, as I noted before, it was all down to gravity. The legend of the vampire-like beast of Puerto Rico lives on. But, as I see it, whatever the creature is, it's not any kind of vampire at all.

Mysterious Orbs Witnessed by Many Over Kansas City