The Creepiest Creature of the Woods

The Cannock Chase is a large area of thick woodland, expansive fields, green hills, bubbling streams and long and winding centuries-old canals in the English county of Staffordshire. Shugbrough Hall, which dates back to 1693, is a huge stately home that sits on the fringes of the Chase. It resembles the kind of old house you might expect to see on the likes of Downton Abbey. Even older, are the remains of what is known as Castle Ring. It’s an Iron Age-era hill-fort which was inhabited by the Cornovii people more than 2,000 years ago. It overlooks much of Staffordshire from its prominent position on the Chase – and at a height of almost 800 feet. Large numbers of wild deer roam the Cannock Chase, and the entire area is a mecca for dog-walkers and joggers. In other words, the area is as inviting as it is picturesque. But, don’t let yourself be deceived. All is not well on the Cannock Chase, not in the slightest.

For years, sightings have been made on the Chase of ghostly, fiery-eyed black dogs – the malevolent and supernatural kind that inspired Sir Arthur Conan Doyle to pen his classic Sherlock Holmes novel, The Hound of the Baskervilles, which was published in 1902. Large black cats – the size of mountain lions, no less – have been seen prowling around the Cannock Chase German Military Cemetery. In 2007, the very same cemetery caught the local media’s deep attention when a handful of locals reported seeing a marauding, large creature that can only be described as a werewolf. Bigfoot-type entities, and hairy “wild men,” have been seen in the area for centuries, too. There are even accounts of strange, large, slithering monsters in some of the large and murky bodies of water on the Chase. Mothman-type things have been encountered too. It truly is a lair of monsters, and certainly not a place to venture into after the Sun has set and darkness has enveloped the land. There is another monstrous thing that has been seen lurking on and around the Cannock Chase on more than a few occasions. The Slenderman.

What is particularly interesting about the Cannock Chase Slenderman reports is that some of them pre-date 2009, which was when Eric Knudsen unleashed the infernal thing on the Internet. A prime example, a fascinating and unsettling story from a local man named Mike Johnson, makes the point perfectly. It was in June 2001 that Johnson’s path crossed with that of the Slenderman – and, in terms of the path, I do mean that literally. At the time in question, Johnson was working on a project with the Staffordshire Wildlife Trust and the University of Wolverhampton – specifically in relation to the area’s flora and vegetation. Notably, when Johnson had his encounter with the Slenderman, he was only a stone’s throw away from the aforementioned, and supernaturally-saturated, Cannock Chase German Military Cemetery.

It was a warm, bright, early afternoon, with barely a cloud in the sky and Johnson was seeking out an area that was home to an abundance of what is known as Midland Hawthorn, a large shrub, which can grow to a height of around twenty-five feet. Everything was normal until Johnson noticed something very strange. There was a sudden and overwhelming silence. The whistling and chirping of the birds in the area came to an ominous halt. Even the sounds of the many cars and trucks that regularly negotiate the Chase’s winding roads were gone – as in completely. The term “deafening silence” accurately describes the immediate situation which Johnson found himself in. At first, Johnson didn’t think too much of it, relegating the odd, and admittedly somewhat eerie, situation to just one of those things. Whatever those “things” might be. In moments, a herd of around fifty or so deer appeared on a ridge in the distance, something which put a smile on Johnson’s face, as he watched them run. Their destination appeared to be a large plantation of woodland to the right of Johnson. Maybe, they realized something was on their collective tails – something they were determined to flee from. Then, as Johnson continued to watch, something very weird, even terrifying, happened.

Although Johnson knew the Cannock Chase like he knew the back of his very own hand, he found himself unable to figure out where, exactly, he was – despite having been to the area on many occasions. It was, to be sure, an extremely unnerving feeling. A track that he took towards the cemetery should have been to the east of him. It was now to the west. Even the Sun was out of place: at that time of the day, around 2:00 P.M., Johnson recalled, it should have been high in the west. It was not: it was north of his position. Feeling disoriented and with a degree of rising panic, Johnson realized that something was wrong; very wrong. He quickly grabbed his compass – which, oddly, wasn't working. He became confused as he then tried to compare the surrounding landscape with that on a map he had with him. It was as if a more than subtle shift in the environment had occurred. Not lost on Johnson was the startling fact that he was completely lost, and utterly without moorings, only around 2,000 feet or so from where his car was parked at the old cemetery – a place he knew all too well. Then, as the atmosphere became even more oppressive, the Slenderman suddenly appeared on the scene.

As Johnson, somewhat shakily, tried to figure out what was happening to not just the landscape but to him, too, he caught sight of three people out for a walk. Very weirdly, Johnson could hear every word they were saying, despite being a significant distance from them. As they got closer, he could see that one was a man, dressed in light-colored clothes and carrying a rucksack. The other two were women, who Johnson estimated were both around retirement age. Then, without any warning, they were gone – as in vanished. And right before Johnson’s terrified eyes. He tried to rationalize things by thinking they must have descended into a gully. Plausible, except for the fact that there was no gully in the area. Even more confusing, just a couple of minutes later the three people reappeared, around six hundred feet to the left of Johnson. Except, now, there weren’t three of them. There were four of them.

Johnson stared at the group, with his mouth agape, as he realized that the new addition to the group didn’t look entirely human. The figure was not just tall, but impossibly massive for a human – somewhere in the region of nine feet. He was dressed in a dark gray-colored outfit that fitted him, or it, tightly. The thing’s head was bald and elongated, and his neck was incredibly long. As for the arms of the entity, they reached past his knees. What was particularly odd was the fact that Johnson could not make out the face of the man-thing. It was as if there was no face – or that it was somehow blurred. Could things have got any stranger? Yes, they could. And they did. As the group got closer, the giant man placed his hand upon the shoulder of one of the women, who failed to respond in the slightest – something which led Johnson to think that the three could not see, or feel the presence of, the creature. It was only visible to Johnson, himself. 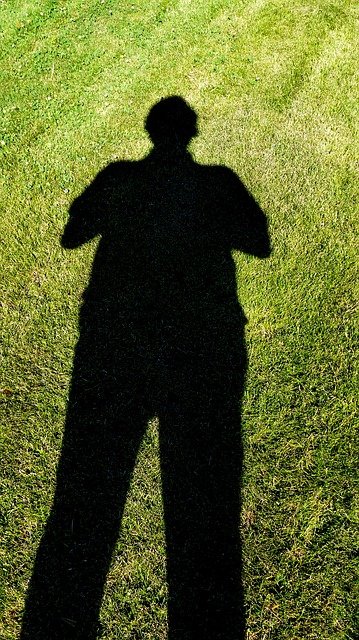 And then, with no warning, the experience was over. The foreboding sense of disorientation and confusion that had so overwhelmed Johnson was immediately gone. The birds were singing again. The familiar sounds of traffic returned. The man, the two women and the Slenderman were nowhere in sight. Relieved, but still highly unnerved by the whole situation, Johnson raced back to the car-park, got in his vehicle and fled the area. At the time that Johnson told his story, which was in 2007, he had not returned to the location of his encounter with the giant figure. That wasn’t quite the end of things, however. Johnson revealed that he had a similar experience in 2002. He offers his thoughts and memories on both experiences:

It’s hardly surprising that Mike Johnson spent a great deal of time pondering on the nature of the strange experience he had on the Cannock Chase back in 2001. Of one thing, even after eighteen years, he is absolutely sure of: namely, that for a few brief minutes there was a less than subtle alteration to his immediate environment. He suspects strongly that it was a change that was only noticeable to him. Certainly, the group of walkers he saw – who were briefly “accompanied” by the Slenderman – were clearly not aware of the entity in their midst, nor did they act in a hysterical fashion. For them, it was as if the monster was not there, which was the exact opposite of the state that Johnson found himself in. While trying to rationalize it all, Johnson is not of the opinion that he possesses what might be termed extra-normal powers or insights. Rather, he suspects that he may just have been in the right area at the same time and that there may have been a brief merging of two distinctly different realities, one of which was our reality and the other being the one from which the Slenderman came. The story gets even more intriguing, because Johnson had another odd experience, one year later, in 2002. On this occasion, the location was far removed from the depths of the Cannock Chase. It was, however, a heavily forested area, the kind of place that clearly attracts the Slenderman.

On this second occasion, the location was Loch Garten, which is located in the northeast portion of Scotland and which is close to the Cairngorm Mountains. The specific location was an untouched area of Scots pine trees and alder. Once again, Johnson suddenly found himself overwhelmed by a feeling that something was wrong. Exactly what it was that was wrong, Johnson couldn’t put his finger on: there was no giant, skinny figure. Johnson didn’t find himself confused and unable to negotiate the landscape. It was just a nagging feeling that the atmosphere of those enchanting woods had somehow shifted. And not in a particularly good way. Since then, Johnson, something broadly similar happens to him several times a year.

What can we say with certainty about Johnson’s experience on the Cannock Chase in 2001? Undoubtedly, something very strange happened to him on that fateful June afternoon. What should have been a regular, even relaxing, day at work quickly became something else entirely. The sense of disorientation, and the feeling that reality has somehow shifted, are classic aspects of encounters with the Slenderman. Most significant of all, however, is the fact that Johnson was able to accurately describe the physical appearance of the Slenderman years before Eric Knudsen created it. Consider the story of Johnson: the entity he saw was around nine-feet in height. Its arms were incredibly long. The head of the thing was totally hairless. It was dressed in a dark gray outfit. And, its face was, well, faceless. Put all of those aspects together and you have what is undeniably a perfect description of the Slenderman – but which was seen way back in the summer of 2001.

The Grim Story of the Werewolf of Châlons