The Cursed Tibetan Mountain of the Gods

Looming up among the majestic sprawl of remote peaks on the rugged border between Nepal and China in the far-west of Tibet is the mysterious and mighty Mount Kailash. It is modest in size as far as mountains go, reaching a maximum height of 6,638 m (21,778 ft), yet this is a place that has been steeped in myth, legend and mystery since time unremembered. Here is a place of deep mystical meaning, and which is orbited by mysteries as old as the civilizations that call this unforgiving frigid region home, in particular a towering mountain said to be the domain of spirits, demons, and all manner of high strangeness.

Mount Kailash has long been a sacred place among the various peoples and religions of these regions, revered and worshiped by Bons, Hindus, Buddhists, Jains, and Ayyavazhi. Hindus believe this is the lair of the god of destruction Lord Shiva and his wife Parvati, Tibetan Buddhists believe that it is the residence of the embodiment of supreme bliss, the Buddha Demchok, also called Cakrasamvara, Jains insist that the first Jain to reach enlightenment did so here, and Hinduism, Buddhism and Jainism all believe that the mountain serves as a gateway between Heaven and Earth and that it is the center of the universe, the Axis Mundi. With so much awe and reverence in this sacred land it is perhaps no surprise that there are numerous monasteries to be found here, and this is a windswept land of holy sages in their remote caves, divine energies, wandering holy men, spirits, and of vast annual pilgrimages of people making their way to this forbidding land merely to be in the mountain’s presence and to perhaps seek some form of enlightenment. It is also a place of great mysteries and magic, a place that almost seems to transcend reality, a god of its domain.

One of the most curious aspects of this mightily revered mountain is that, despite being shorter than Mt. Everest, Kailash has never been successfully climbed, and indeed it is believed that it is even beyond mere mortals to do so. Locals believe that the mountain itself actively keeps people away from its peak and its mystical secrets, and it is said that only a person perfectly devoid of sin can even hope to make it to the top. In fact, the only person said to have ever mounted the peak was a Tibetan Buddhist Yogi called Milarepa in the 11th century, and since then it has remained beyond our reach, as if hidden behind a veil through which we cannot pass. Indeed, the Tibetans actively warn people away, ominously proclaiming that to look into the face of the gods residing here would be instant death to a mortal.

Whether this is true or not, it is a fact that no one has successfully climbed Mount Kailash, and there are certainly some strange accounts that seem to suggest some mysterious power deterring those who would seek to try. Climbers have claimed that the weather always seems to become unseasonably terrible and forbidding when anyone makes the slightest attempt to scale it, and there are countless claims that compasses will fail to work here, equipment will mysteriously malfunction, and that there seems to be a strange disorientation that sets in with even the most experienced climbers that keeps them going in circles. Additionally, some hikers and climbers on the mountain have reported bouts of lost time, or of losing consciousness to wake somewhere far away without explanation. There are also myriad freak health problems and strange sensations that will beset those willing to challenge this place, as if the mountain is actively trying to stop them with its powers. Russian climber Sergei Cistiakov, who tried to scale the mountain in 2007, told of his own strange experience with this, saying:

When we approached the foot of the mountain, my heart was pounding. I was in front of the sacred mountain, Mount which says it can not be beaten. I felt feeble in front of his greatness and I was afraid that I would be I, like my predecessors, defeated by his magic. After I started the ascent, both I and other members of our team, we started to complain of severe headache pain. We thought that they were caused by lack of oxygen, given that we are already at a relatively high altitude. A few hours later, strange sensations intensified. Our legs heavy as lead, and I could barely crawl them. I felt extremely emaciated and suddenly I became captivated by the thought that I do not belong on this mountain, it must necessarily come back! Although the idea was well formulated in my mind, my mouth was clenched.

I wanted at all costs to give notice of colleagues my decision to turn back, but I was completely helpless. As soon as we started the descent, I felt liberated. My body was eased muscles were freed, I felt like the walk of weightlessness. A strong energy, beneficent over me. Despite the failure, I felt happier than ever! I am convinced that the warnings of Tibetan writings are not mere figments and the experiences that dozens of climbers have experienced over the years are not just coincidences! There are too many indications signal that here lies a mystery whose understand, most likely a man is not yet ready to understand! 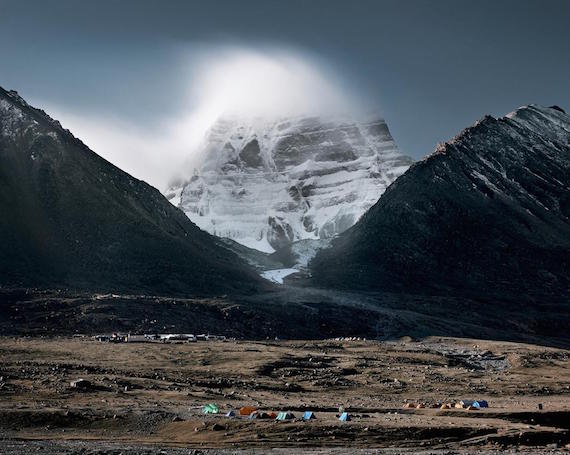 Even odder than these tales is perhaps a story that has made the rounds of a group of Americans who attempted to conquer the mountain in the 1980s. According to the story, they began to experience an unexplained acceleration of aging, with their hair and fingernails exhibiting weeks of growth in just a few hours. The unsettled team decided to cancel their climb in light of this weird development, and by the time they reached the bottom their hair was allegedly stark white and they had visibly aged years. Another group of climbers from Siberia was also said to have undergone this rapid aging progress while trekking here, and the story goes that they died of old age a year after returning.

In addition, the two lakes nearby, called Lake Mansarovar and Rakshas Tal, are also supposedly imbued with strange properties, with Manasarovar always serenely calm and placid no matter what the weather, while Rakshas Tal is conversely eternally choppy and stormy. People camping near these lakes have also claimed that strange voices and wailing will echo about from it, that there are often unexplained splashes or the sounds of something moving about in the water, and that the spectral forms of sages can be seen bathing here. 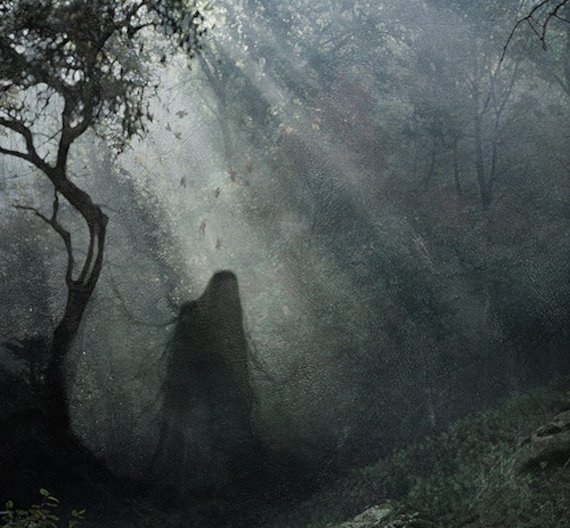 Is there anything to any of this, or is it just tall tales? Why should this one mountain display so much high strangeness? Are the stories of spiritual forces guarding the mountain somehow true? One very bizarre claim concerning Mount Kailash comes from a Russian ophthalmologist named Dr. Ernst Muldashev, who believes that he has the answer. According to Muldashev, Mount Kailash isn’t really a mountain at all, but rather an immense, hollowed out pyramid created by inscrutable ancient forces. In 1999 he led an expedition to the mountain, which included experts in geology, physics and history, and while there he became convinced that his theory was not only correct, but that Mount Kailash is surrounded by smaller pyramids and possessing a connection to the pyramids in Giza and Teotihuacan. Dr. Muldashev has said of his experiences there and his theories:

In the silence of the night were often strange gasping sounds that could be heard in the belly of the mountain. One night, both I and my colleagues, I distinctly heard the noise of a falling stone that undoubtedly came from the somewhere interior. I am convinced that Mount Kailash is a natural geological formation, but a pyramid in ancient times carried the unsuspected mysteries lie hidden.

It is hard for me to discuss this topic from a scientific point of view. But I can quite positively say that the Kailash complex is directly related to life on Earth, and when we did a schematic map of the ‘City of the Gods,’ consisting of pyramids and stone mirrors, we were very surprised – the scheme was similar to the spatial structure of DNA molecules.

Just what is going on here? Other scientists have sort of blown off this wild speculation, and it is hard to know how much veracity to give any of his information. It is unclear what is going on at this remote mountain domain, where gods are said to roam free and where mysterious forces congregate. Yet Mount Kailash remains a place of grand splendor that transcends our attempts to explain it or put it into terms we can understand. It is quite possible that it will always remain so, an inscrutable towering monolith that we gaze up at in wonder, and which perhaps may be gazing right back at us.

Japanese Ghostbuster Claims She Removes Spirits with an Air Cleaner