The Grim Story of the Werewolf of Châlons

The year was 1598, and the town of Châlons, in the Champagne region of France, began to fall under the spell of fear when children began to go missing at an unusual rate. At first it seemed as if these children were just vanishing off the face of the earth, but the disappearances were cast in a grim new light when there were scattered reports of a bestial creature, half animal and half man prowling the surrounding wilderness. Considering that this was an era in which myths, witches, and monsters were very much considered a real threat, it was not long at all before rumors spread that the town was being besieged by a loup garou, a werewolf. And so began the tale of the demon tailor of Châlons.

As the children continued to go missing and sightings of the beast in the woods increased there was a mass hysteria brewing as people began to lock themselves in their houses under the moonlight to cower in fear of what lay beyond their doors. This was only propelled further into the macabre when there began to emerge accounts of seeing the “wolf man” out in the woods devouring the corpses of children like an ravenous animal, and there were even reports from children returning alive to say they had been chased by the snarling werewolf. This all spurred hunting parties of armed men to go out combing the dark wilderness for the sinister culprit, without success. For a while it seemed that they were at the mercy of whatever supernatural force had decided to descend upon their once quiet and serene village, but then there would be some dark new developments. 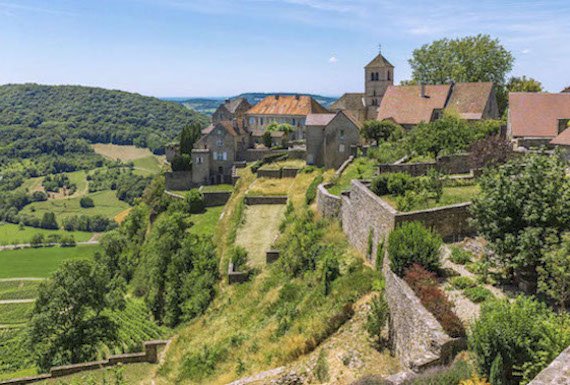 There began to be suspicions cast upon the modest shop of a tailor on the outskirts of town, with rumors that there had been cries heard near the premises, mixed with the fact that the tailor himself was a rather eccentric individual who was rarely seen and had been accused of having an intense interest in the children who passed his store. When reports began to emerge of the tailor speeding off into the woods at all hours of the night there was a posse gathered to go search his premises, and what they would find within those walls was the stuff of nightmares.

Beyond the innocent appearance of the shop front was supposedly found a horror show of grotesqueries. In one room was found an array of barrels stashed into a corner, which when opened were found to contain the bones of countless children. In another room it was found to be more like a butcher’s shop than a tailor's, with cuts of meat lying out gathering flies, many of them already half eaten and which proved to be from human beings. The yard was dotted with shallow graves, blood and gore was found everywhere, and it seemed like this was the horrific, ghastly lair of a true monster, yet the tailor himself remained calm and denied that he had done anything wrong at all. The law had other ideas.

The man was kept imprisoned and tortured for a confessions to his crimes, with him finally admitting to killing around 50 children, luring them into his shop to slice their throats and then powder and dress their bodies before butchering them and eating them. Oddly, despite him admitting to all of this he supposedly vehemently denied being a werewolf, and brushed off the accusations that he had been transforming into a beast at night to kill children in the forest and ravage their bodies. Nevertheless, there were stories of the man flying into great rages in custody, during which he would froth at the mouth and display feats of superhuman strength, which only strengthened the resolve that he was indeed a werewolf. 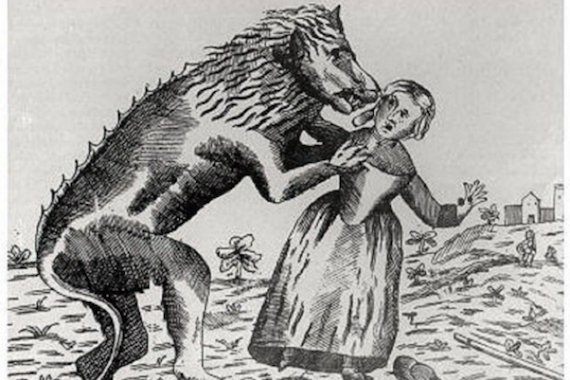 According to the lore of the case, when the Tailor of Châlons was brought to trial there were witnesses who claimed to have seen him actually transform into a wolf, and despite his denials of these charges the tailor was quickly found guilty and sentenced to being burned alive. When it came to be his turn, he then allegedly flew into a blasphemous rant and was overcome by another of his animalistic episodes before the sentence was carried out and he was no more, after which the disappearances of children promptly stopped. Apparently, the court then had all of the court records destroyed in order to try and sort of erase the whole event from history, leaving only bits and pieces to survive to this day. Indeed, we don’t even know what this villain’s name was, or what spurred him to carry out these crimes. We also don’t know what connection, if any, his case had with the numerous werewolf sightings at the time, and so the tale of the “Tailor of Châlons” or “The Werewolf of Châlons” remains merely a macabre historical oddity shrouded in mystery.