The Joke’s On You: How Late-Night Comedy Helped Modernize the UFO Debate

The exchange is now a famous one, and also one of the most notable quotes attributed to Hillary Clinton leading up to the 2016 election... at least among those interested in UFOs.

"You know, there’s a new name,” Clinton told comedian Jimmy Kimmel, who asked her about UFOs during an appearance on his program. “It’s unexplained aerial phenomenon. U.A.P. That’s the latest nomenclature.”

While there was a lot of buzz at the time about the fact that Clinton openly discussed the UAP issue on the program, what many are unaware of is that the question Kimmel asked her had been partially intended as a joke: in fact, it was suggested beforehand to Clinton aides by Kimmel himself.

The story behind the story here takes us back to the infamous Podesta email leaks. In an email exchange dated November 4, 2015, that was published as part of the batch of emails hacked from Podesta's email account and released by Wikileaks, Clinton staffer Sara Latham wrote that, "[Kimmel] thinks it would be awesome and funny, if she explained that you don't use the term UFO anymore." 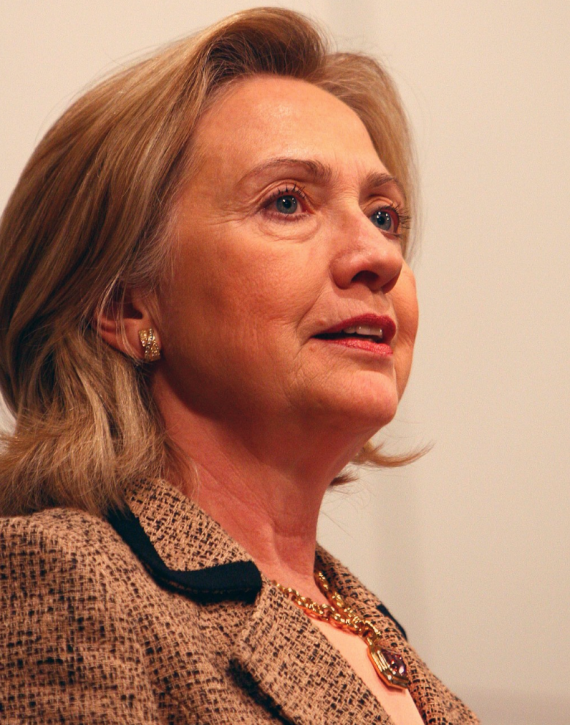 She further outlined how the proposed exchange might go, outlining the following "rough draft" of Clinton's response to the question:

'Jimmy if you talk about UFOs, people think you're nuts - you have to use the term, UAP - unexplained aerial phenomenon. this is an issue I think the govt should take this more seriously the govt has been too stingy on what information we should know and when I'm President, the american people will find out !!'

There appeared to be some concern (or at least confusion) about the idea early on; in a previous exchange, Latham had noted that "the question seems odd," and asked if there was "any further context on why Jimmy is going down the alien road." Reasons were said to have included a Mother Jones story that had gone to print around that time, titled “ETs for Hillary: Why UFO activists are excited about Clinton presidency,” along with the fact that Kimmel had previously asked a similar question of the candidate's husband, former President William Jefferson Clinton.

Bill Clinton, when asked about the issue, told Kimmel that had he found any significant information about the subject, he would have released that to the public. Former Presidents George W. Bush and Barack Obama were slightly less talkative on the matter when asked similar questions by Kimmel, but the exchanges do help establish a sort of track record the comedian has for asking high-ranking politicians questions about UFOs.

Which brings us back to Hillary Clinton, and Kimmel's plans for the "UAP" gag. As the plan took shape before a live audience during Clinton's appearance on Jimmy Kimmel Live!, perhaps the delivery had been just a tad too dry; in any case, it didn't end up coming across quite like the joke it had been anticipated to be. The result was that Clinton's widely publicized statements on UAP were offered by UFO advocates as further evidence of her frankness in discussing the matter, rather than a playful joke she was told in advance that she would be participating in.

However, the fact that Kimmel had actually suggested the "UAP, not UFO" statement doesn't mean that there wasn't evidence of legitimate interest in the subject by the Clinton campaign. In fact, shortly after the appearance, Joseph G. Buchman, a UFO transparency advocate, was quoted in the New York Times saying that “Hillary has embraced this issue with an absolutely unprecedented level of interest in American politics." Prior to that, she had also stated in a radio appearance prior to that she wanted "to open the [UFO] files as much as we can.”

This wasn't a newly acquired interest, either. In fact, going all the way back to just prior to her husband's inauguration, the Clintons were briefed on the UFO issue by Laurance Rockefeller, who supplied a book on space and extraterrestrial life to Mrs. Clinton (this was determined by researcher Grant Cameron, from a photograph where a portion of the book could be seen protruding from a bag as she and Rockefeller were walking along together). The Clinton's long-held interest in the subject is further reflected in Bill Clinton's response to Kimmel asking him about it prior to the comedian's exchange with Hillary. 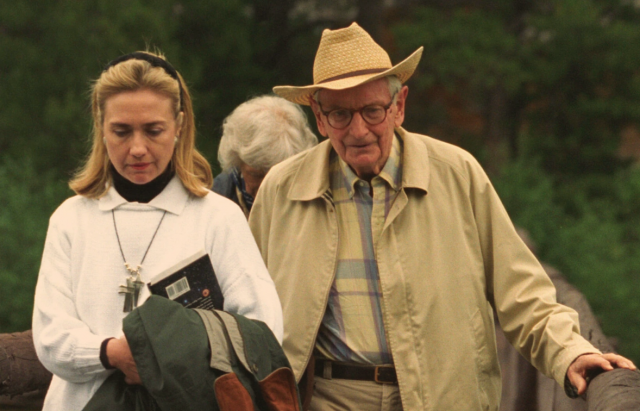 And of course, John Podesta (who has appeared on UFO-related television shows that include Ancient Aliens) has quite a reputation for his interests in UFOs, which also may have carried over from his time working in the Clinton Administration during the 1990s. Podesta even wrote the forward to Leslie Kean's 2010 book UFOs: Governments, Pilots, and Military Officials Go on the Record.

And, as Sara Latham noted in her emails (which were eventually forwarded to Podesta in 2015, and hence why we know about the exchanges today), she was seen noting at one point saying she was "familiar with [John Podesta's] area51(sic) and X Files obsession."

The entire email exchange can be read here.

On a final interesting note, at the time Kimmel was working with Hillary Clinton's staff to plan for her appearance, news about the Advanced Aerospace Threat Identification Program (AATIP) had not yet become public knowledge, nor had the Navy's policies on reporting UFOs, or many of the other "revelations" about UFOs that have fed into a broader shift in attitudes, and thus, further public discourse on the subject, in recent months. However, one other thing we learned from the Podesta email leaks, as many will recall, is that former Blink 182 frontman Tom Delonge had made arrangements to meet Podesta, along with an individual believed to have been Major General William McCasland, Commander of the Air Force Research Laboratory at Wright-Patterson Air Force Base, Ohio.

It seems very likely that the early workings of what became Delonge's To the Stars Academy, as featured more recently on the History Channel's Unidentified: Inside America's UFO Investigation, were at play here... and that they were aspiring to get whatever involvement from a potential future Clinton administration that they could. Delonge would later state that the Wikileaks email release had been problematic, and caused setbacks for what eventually became the To the Stars Academy. 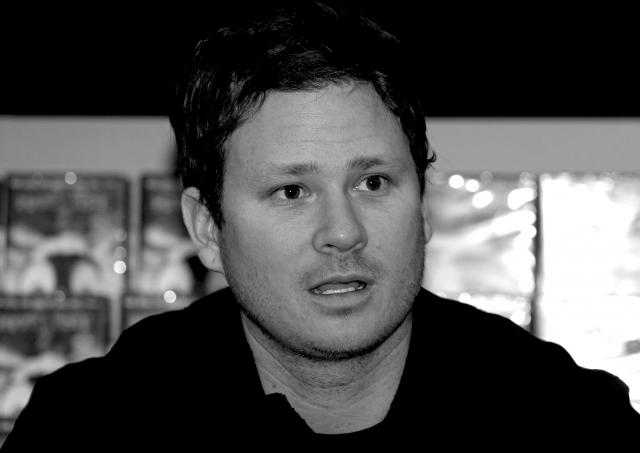 Why is all this significant? Because more than a year before the pair of New York Times articles that detailed the existence of the AATIP program (of which there now seem to be more questions than answers), and brought renewed interest to the U.S.S Nimitz Incident, Clinton's appearance on Jimmy Kimmel was generating buzz about her advocacy of UFO transparency, even to the extent the NYT carried the headline, "Hillary Clinton Gives U.F.O. Buffs Hope She Will Open the X-Files." Suddenly, everyone was using the term "UAP" and touting it as a better, more modern and refined way of labeling the subject.

And if nothing else, well damn it, at least it *sounds* scientific.

So one day, when we look back and begin mapping out the modern history of what slowly led to broader, more open discussion on the UFO subject, let's not forget to thank Jimmy Kimmel, whose idea for a joke (and Mrs. Clinton's reliably deadpan delivery) helped set the tone for a new kind of public discussion on unidentified flying objects.