The Most Monstrous Worm of All

The River Wear is a sixty-mile-long body of water that dominates much of northern England and which, in medieval times, was said to have been the lair of a marauding, giant worm-like monster. It was a beast which provoked unrelenting terror across the land, devouring animals and people, and causing mayhem wherever it crawled and slithered. That is, until its reign of fear was brought to a fatal halt when a brave hero decided that the creature had to die. One person who dug deeply into the strange but engaging saga of the Lambton Worm was Joseph Jacobs, a noted Australian folklorist who, in the 1800s, focused much of his research and writings on the matter of strange creatures, fabulous beasts, and marauding monsters reported throughout the U.K. And, it’s to Jacobs who we now turn, and his personal, 19th century account of this legendary monster of the deep. It's a long account, but undeniably a deeply fascinating account too:

“A wild young fellow was the heir of Lambton, the fine estate and hail by the side of the swift-flowing Wear. Not a Mass would he hear in Brugeford Chapel of a Sunday, but a-fishing he would go. And if he did not haul in anything, his curses could be heard by the folk as they went by to Brugeford. Well, one Sunday morning he was fishing as usual, and not a salmon had risen to him, his basket was bare of roach or dace. And the worse his luck, the worse grew his language, till the passers-by were horrified at his words as they went to listen to the Mass-priest. At last young Lambton felt a mighty tug at his line. 'At last,' quoth he, 'a bite worth having!' and he pulled and he pulled, till what should appear above the water but a head like an elf's, with nine holes on each side of its mouth. But still he pulled till he had got the thing to land, when it turned out to be a Worm of hideous shape. If he had cursed before, his curses were enough to raise the hair on your head.

“'What ails thee, my son?' said a voice by his side, 'and what hast thou caught, that thou shouldst stain the Lord's Day with such foul language?' “Looking round, young Lambton saw a strange old man standing by him.

“'Why, truly,' he said, 'I think I have caught the devil himself. Look you and see if you know him.'

“But the stranger shook his head, and said, 'It bodes no good to thee or thine to bring such a monster to shore. Yet cast him not back into the Wear; thou has caught him, and thou must keep him,' and with that away he turned, and was seen no more.

“The young heir of Lambton took up the gruesome thing, and taking it off his hook, cast it into a well close by, and ever since that day that well has gone by the name of the Worm Well. 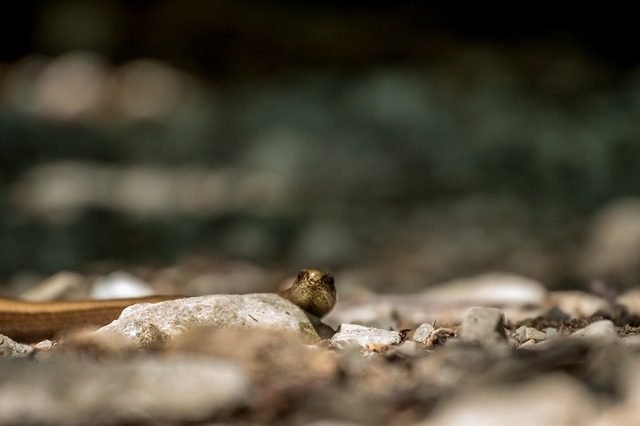 “For some time nothing more was seen or heard of the Worm, till one day it had outgrown the size of the well, and came forth full-grown. So it came forth from the well and betook itself to the Wear. And all day long it would lie coiled round a rock in the middle of the stream, while at night it came forth from the river and harried the countryside. It sucked the cows' milk, devoured the lambs, worried the cattle, and frightened all the women and girls in the district, and then it would retire for the rest of the night to the hill, still called the Worm Hill, on the north side of the Wear, about a mile and a half from Lambton Hall.

“This terrible visitation brought young Lambton, of Lambton Hall, to his senses. He took upon himself the vows of the Cross, and departed for the Holy Land, in the hope that the scourge he had brought upon his district would disappear. But the grisly Worm took no heed, except that it crossed the river and came right up to Lambton Hall itself where the old lord lived on all alone, his only son having gone to the Holy Land. What to do? The Worm was coming closer and closer to the Hall; women were shrieking, men were gathering weapons, dogs were barking and horses neighing with terror. At last the steward called out to the dairymaids, 'Bring all your milk hither', and when they did so, and had brought all the milk that the nine kye of the byre had yielded, he poured it all into the long stone trough in front of the Hall.

“The Worm drew nearer and nearer, till at last it came up to the trough. But when it sniffed the milk, it turned aside to the trough and swallowed all the milk up, and then slowly turned round and crossed the River Wear, and coiled its bulk three times round the Worm Hill for the night. Henceforth the Worm would cross the river every day, and woe betide the Hall if the trough contained the milk of less than nine kye. The Worm would hiss, and would rave, and lash its tail round the trees of the park, and in its fury it would uproot the stoutest oaks and the loftiest firs. So it went on for seven years. Many tried to destroy the Worm, but all had failed, and many a knight had lost his life in fighting with the monster, which slowly crushed the life out of all that came near it. 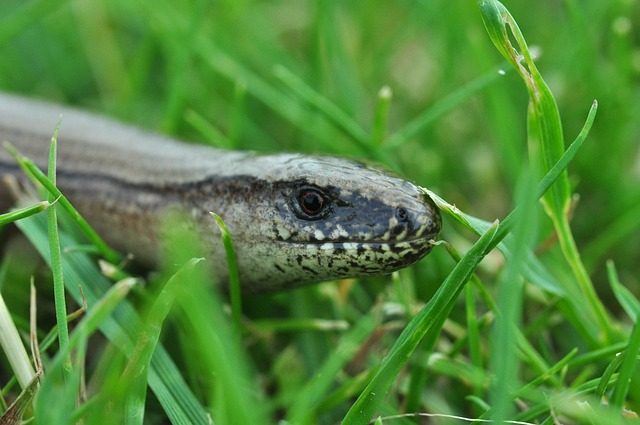 “At last the Childe of Lambton came home to his father's Hall, after seven long years spent in meditation and repentance on holy soil. Sad and desolate he found his folk: the lands untilled, the farms deserted, half the trees of the park uprooted, for none would stay to tend the nine kye that the monster needed for his food each day.

“The Childe sought his father, and begged his forgiveness for the curse he had brought on the Hall.

“'Thy sin is pardoned,' said his father; 'but go thou to the Wise Woman of Brugeford, and find if aught can free us from this monster.'

“To the Wise Woman went the Childe, and asked her advice.

“‘Tis thy fault, O Childe, for which we suffer,' she said; 'be it thine to release us.'

“'I would give my life,' said the Childe.

“'Mayhap thou wilt do so,' said she. 'But hear me, and mark me well. Thou, and thou alone, canst kill the Worm. But, to this end, go thou to the smithy and have thy armour studded with spear-heads. Then go to the Worm's Rock in the Wear, and station thyself there. Then, when the Worm comes to the Rock at dawn of day, try thy prowess on him, and God gi'e thee a good deliverance.'

“'This I will do,' said Childe Lambton.

“'But one thing more,' said the Wise Woman, going back to her cell. 'If thou slay the Worm, swear that thou wilt put to death the first thing that meets thee as thou crossest again the threshold of Lambton Hall. Do this, and all will be well with thee and thine. Fulfil not thy vow, and none of the Lambtons, for generations three times three, shall die in his bed. Swear, and fail not.'

“The Childe swore as the Wise Woman bid, and went his way to the smithy. There he had his armour studded with spear-heads all over. Then he passed his vigils in Brugeford Chapel, and at dawn of day took his post on the Worm's Rock in the River Wear.

“As dawn broke, the Worm uncoiled its snaky twine from around the hill, and came to its rock in the river. When it perceived the Childe waiting for it, it lashed the waters in its fury and wound its coils round the Childe, and then attempted to crush him to death. But the more it pressed, the deeper dug the spear-heads into its sides. Still it pressed and pressed, till all the water around was crimsoned with its blood. Then the Worm unwound itself, and left the Childe free to use his sword. He raised it, brought it down, and cut the Worm in two. One half fell into the river, and was carried swiftly away. Once more the head and the remainder of the body encircled the Childe, but with less force, and the spear-heads did their work. At last the Worm uncoiled itself, snorted its last foam of blood and fire, and rolled dying into the river, and was never seen more."