The Mysterious Ghost Room of Maynooth

The scenic countryside around Dublin, Ireland, is peppered with historic places and buildings. Here ivy-covered castles, quaint manors, and all manner of ruins from another time dot the landscape and pull to themselves stories of the weird and the supernatural. One such place is a historic Roman Catholic seminary, St Patrick’s College, in Maynooth, just outside of Dublin, which since 1795 has served as an important training grounds for priests for centuries. It is also the location of a mysterious room cloaked in legend and scary stories, which is variously described as a haunt for spirits, demons, or both.

The tales revolve around one particular room within the sprawling complex, which lies within the Rhetoric House, built in the early 1830s to serve as a residence for priests in training, and it all starts with the suicides. The location is the notorious Room 2, which in the 1840s was the scene of the first of several suicides that would blight its reputation. The first incident was when a student by the name of Sean O’Grady suddenly and without warning leapt from the window of the room to plummet to his death. At the time no one could figure out why he would do such a thing, and it was all quite the mystery. The next suicide happened when one day the resident of the room, a Thomas McGinn, missed a lecture, and when his friends went to find him they supposedly found him sprawled out in a pool of blood after having cut his own throat.

After this death, Room 2 was apparently left vacant for the remainder of the year, and when a new resident finally moved in he too would be found dead by a self-inflicted gash across the throat with a razor. The next resident was also found barely alive crumpled on the ground under the window after he had leapt out. Amazingly, he would live long enough to tell the Vice-president of the college of how he had been experiencing horrifying demonic visions in the room, after which he would succumb to his grievous injuries. He told the priest that he had seen a demonic face in his mirror, and that it had tried to compel him to cut his own throat, with him only deciding to jump from the window to escape the terrifying vision. The priest would allegedly try to spend the night in the room and come out babbling and with his hair having turned stark white.

According to the tale, these suicides were actively covered up by the college, with no mention ever made to any of the new people who moved in. Eventually, it would be converted into an oratory and waiting area for the Academic Offices, but the stories surrounding it remain. Paranormal researchers who have ventured here, such as Hans Holzer, author of the book “ Ghosts: True Encounters from the World Beyond,” have told of being overcome with a malevolent dread while in the room, forced to flee by a force they could neither see nor understand. Other visitors have told of seeing apparitions, visions of a four-legged creature, and of a presence that seems to draw itself around the room’s statue of St. Joseph, which sits upon an altar at the back of the room. To this day there are also dark stains on the floor which are rumored to be blood stains from some of the suicides that have occurred here. Interestingly, visitors to the room to this day are not allowed to bring mirrors into it. 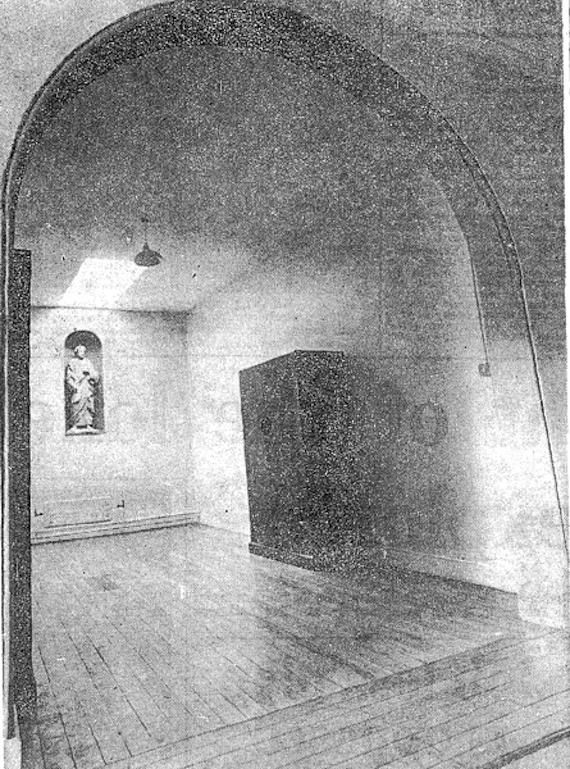 There have been plenty of other phenomena reported here from visitors, such as roving cold spots, shadowy figures glimpsed fromt he corner of the eye, sudden bouts of panic, and electrical equipment malfunctioning, and it is all enough to make one wonder if there really isn't some lair for demonic forces. If it is, then why should it be drawn to this one room and why should it feel the need to drive those who reside in it to suicide? We are never likely to know, and for now the Ghost Room of Maynooth sits there mostly empty and keeping its secrets to itself.

Ornithologists May Have Solved the Mystery of the Nazca Lines Birds