The Very Weird World of Nessie: UFOs, a Magician and Shapeshifters

People often ask me why I think that the creatures of Loch Ness, Scotland are supernatural in nature, rather than being flesh and blood animals. Well, the primary reason is because the loch is - and has been for centuries - an absolute magnet for paranormal activity. The real story of the Loch Ness Monster is very different to the one presented by countless cryptozoologists and monster-hunters over the years and decades. It’s also a story that many of those same cryptozoologists and monster-hunters have clearly ignored. Or, perhaps, even deliberately suppressed. That is evidenced by the fact that the supernatural data is out there, to be seen by one and all, yet it has barely been touched upon at length or discussed in the vast majority of Nessie-themed books. The reason why it has been ignored is abundantly obvious: mainstream cryptozoology does not wish to see the down to earth theories challenged by the world of the paranormal. I understand that cherished beliefs suggesting the Nessies are plesiosaurs are important to many. However, ignoring key data will not help solve the mystery. In reality, such an approach will have the polar opposite effect: it will stifle research and push it down the wrong road.

Time and again, we have seen the monsters of Loch Ness tied to the domain of the supernatural. No less than the very first recorded sighting – the 6th century affair of St. Columba – was steeped in strange phenomena. The monster’s deadly games were reeled in by the saint, who called upon the power of the Christian god to try and rein-in the creature. More than a thousand years later the monster was still plaguing the people of Loch Ness. That much is made clear by the tales of the kelpies of Loch Ness. It’s important to note that not a solitary soul believed them to have been regular, albeit unknown, animals. Indeed, the unanimous conclusion was that the kelpies were deadly, paranormal monsters that had the ability to alter their physical appearances. Such theories, and fears, extended right up until the final years of the 19th century – and made a resurgence years later, largely thanks to the work of monster investigator Ted Holiday. And still on the issue of the final years of the 1800s, there is the not insignificant fact that none other than the “Great Beast” Aleister Crowley lived at Loch Ness’ Boleskine House. That Crowley – deliberately, inadvertently, or a bit of both – conjured up infernal, supernatural entities and helped create an air of malignant menace at the loch, cannot be denied and cannot be without relevance. 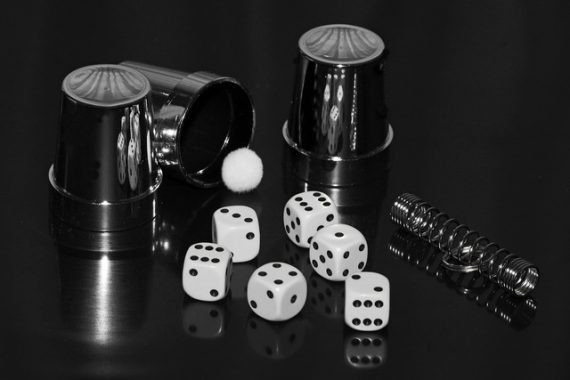 Something else which cannot be denied is the fact that when the term “Loch Ness Monster” was created in the 1930s, it prompted a multitude of reports that described the Nessies in wildly varying ways. Arthur Grant encountered a monster with distinct flippers and a long neck. Hugh Gray’s famous photo shows a creature that pretty much lacks any kind of neck; as for its head it’s beak-like. Lieutenant McP Fordyce’s monster had long legs (rather than flippers), walked on the land, and was somewhat hairy, rather than dark and serpent-like. Add to that the tusked and frog-like Nessies of earlier years and what we have is a modern incarnation of the old kelpie – a creature that could morph into multiple forms. The implication is obvious: the kelpies of old never really went away. They were merely upgraded for new generations and given a new name: Nessie.

The highly bizarre, and downright sinister, situations into which ill-fated Nessie-seeker Ted Holiday found himself plunged are further evidence of the supernatural forces that lurk and manipulate at Loch Ness. Men in Black, strange synchronicities, a mysterious and deadly dragon cult, the Reverend Donald Omand’s exorcism of the Nessies, repeated encounters near creepy old Urquhart Castle, and Holiday’s very own unrelenting descent into a word filled with magic, mysticism, and the occult all make that clear. Even monster pursuer Tim Dinsdale – hardly publicly known for having beliefs in the supernatural nature of the monsters – admitted to having crossed paths with certain, paranormal aspects of the Nessie mystery. And then there's the matter of UFOs.

In the summer of 2015, the controversy of the Loch Ness Monster was taken to a new height – as in literally. That was when the mystery was yet again linked to the matter of high-flying UFOs. The three key players in the story were Alan Betts and his wife, Anna, and Anna’s mother, Tatiana. The family, from the English city of York, were holidaying in Scotland. It was April 2015, and the three were staying at a cottage near Urquhart Castle. While at the loch, and as is the case for practically everyone who visits the loch, they took a good number of photos. It wasn’t until the Betts returned home, however, that they realized just how weird one of their vacation pictures was. Taken by Tatiana, it appeared to show a pair of anomalous objects in the sky, right over Loch Ness. As if Nessie wasn’t enough of a mystery on its own. 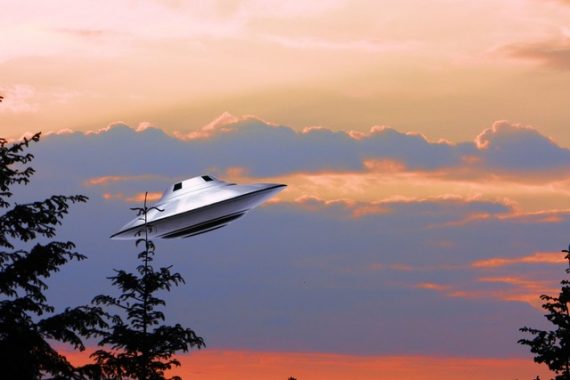 Alan – the director of a refrigerating company - said when the story hit the headlines two months later that the timing of their vacation was fortuitous. The weather was pretty much perfect: that’s to say it was bright and sunny for almost the entire time. However, on one particular day, and after the Betts spent hours of checking out the area, things changed. The sunny weather was suddenly gone and everything quickly became dark and gloomy and the rain poured in definitive deluge style.  Tatiana decided to take a photo of the moody skies – something which proved to be crucial to the story. It was only after the family got back home, and downloaded their holiday pictures onto their PC, that they noticed something odd on that particular photo. It was a pair of brightly lit objects that appeared to be flying over Loch Ness, but which weren’t seen at the time Tatiana took the picture. Alan was a self-confessed skeptic, but admitted that he was at a loss to explain what the camera had captured.  Interestingly, Alan added: “Our Akita dog, Yuka, was strangely unsettled that night.”

Anna, when approached by the Huffington Post for comment on the growing controversy surrounding the photo, said: “We can say 100 percent that the camera was perfectly fine. It was raining very heavily, there were no lights in the house to resemble the objects in any shape or form.” Some commentators suspected that the entire matter could be explained away via light reflection. Both Anna and Alan felt that such an explanation was unlikely, noting that no lights were on when the picture was taken. And, at the time of writing, that’s pretty much where things stand today. The Betts are sure they photographed something unusual, while the skeptics are positive the case can be explained in wholly rational terms.

Put all of the above together and what you get - as I see it, anyway - is a strange place and its stranger creatures, and all tied to the world of the paranormal.