The best photos of Area 51 don’t come from satellites … Russian spy, Google Earth or otherwise. In fact, they don’t come from space at all but from a nearby peak that one brave man and his son visited on a cold day recently – a day so cold that the heat waves that normally distort such photos were gone. The end results, which he is sharing in a series of YouTube videos, are some of the clearest ground photos ever seen of Area 51, including the mysterious new hangar and a UFO. His name is Christian and you should take a look and his pictures before ‘someone’ takes them down.

“I never wanted to go on Tikaboo Peak or the mountain I found myself on last year. To get the best video, and pictures of Area 51 out there. It's about me laying my eyes on the base, and getting my own video, and pictures. I do feel the weather had a lot to do with the great shots I was able to get. Between the snowstorms, and clouds the base would just illuminate long enough for me to film, and take pictures.”

The story actually begins two years ago in May 2017 when Christian – no last name given, claims to work in Nevada gold mines, has lived in the Las Vegas area since 1992 – posted his first Area 51 video of his first adventures attempting to explore the surrounding area and photograph what he could. He gives detailed summaries of dozens of videos he’s posted since then. To his credit, he’s had encounters with military “Camo Dudes” patrolling the grounds and is still here and still has his videos up. 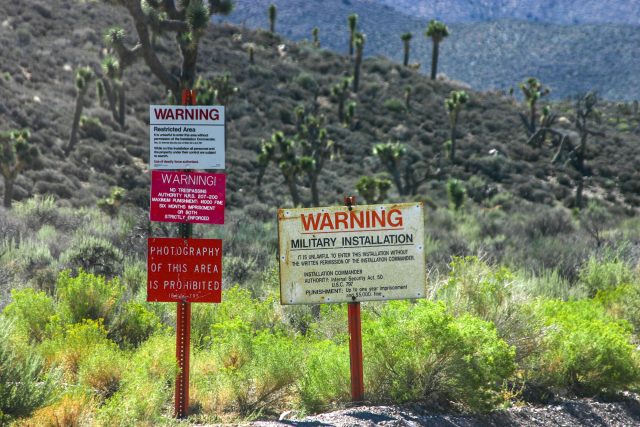 “In the subsequent videos, Christian gets some great shots of the newer and quite massive hangar facility located on the south end of the base, as well as some sporadic activity happening around the installation. This includes the sudden appearance of one of the HH-60 Pave Hawk helicopters that provides security and other functions for Area 51 and one of the Janet 737s taking off towards the south.”

The latest video (watch it here) got some publicity from The Daily Mail (“Mysterious white UFO is filmed hovering over Area 51 by hikers who also capture a giant new aircraft hangar, as military helicopters patrol and jets land”) and an excellent and detailed review in The Drive. From their (Christian and his son, Sean) difficult-to-hike-to vantage point on Tikaboo Peak, they saw Janet jets (the official but mysterious Area 51 airline) taking off and landing, a security helicopter and strange-looking vehicles. The Drive’s Tyler Rogoway adds the insight that a shot of a hangar that had its roof torn off two years ago shows it not only hasn’t been repaired, it’s in worse shape. The video also shows the weather station on Tikaboo Peak that is suspected to use this excellent vantage point for surveillance as well. 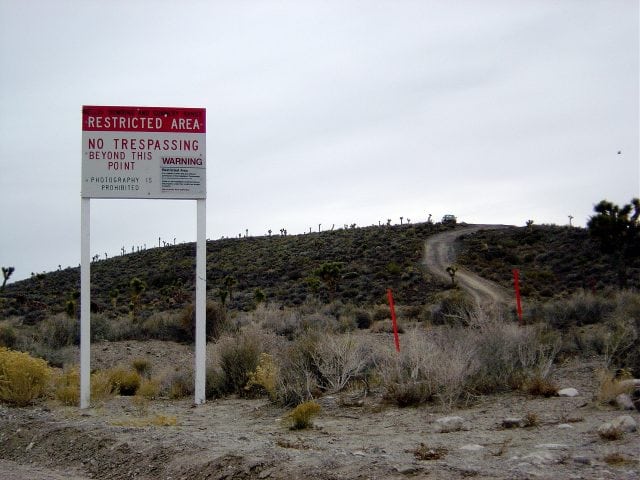 Finally, there’s that UFO which appears at about the 11-minute mark in the 22-minute video. It’s obviously an anomaly but Christian has no comment about it. Is he purposely ignoring it as payback for being allowed to take and distribute the rest of his videos and photographs of one of the most secure places in the U.S. … if not the world?

Only Adventures with Christian knows the answer to that. Don’t wait for the answer – check out his latest video and some of the others … while you still can.