Wildlife experts in North Carolina were mystified this week after a mysterious carcass was found along the Outer Banks. The remains were found by a beachcomber at Cape Lookout National Seashore, a section of NC’s Crystal Coast operated by the National Park Service. After Park Service personnel were unable to identify the remains, they of course turned to social media for help.

“Weird things are found on the beach,” the park service said in a Facebook post accompanied by several pictures of the odd-looking remains. “We need some help identifying this object. ... So far, we’re stumped as to what it might be.” The pictures show the remains to be some sort of long, tube-like soft tissue covered from tip-to-tip in strange three-pronged bony structures, almost like a candy bar covered in poultry wishbones. They're truly bizarre-looking and unlike any animal remains I’ve ever seen.

Some Facebook users think they’ve seen them before, though. The comments on the National Park Service’s post range mostly from the ridiculous to the absurd, and there is still no consensus as to what type of creature the remains may have once belonged. However, several users note that the remains look like those of members of the Diodontidae family, a family of fish which includes what are typically called blowfish, pufferfish, and various synonyms thereof. The leading candidate seems to be the striped burrfish, a small spiny fish native to the Atlantic coast of the Americas. 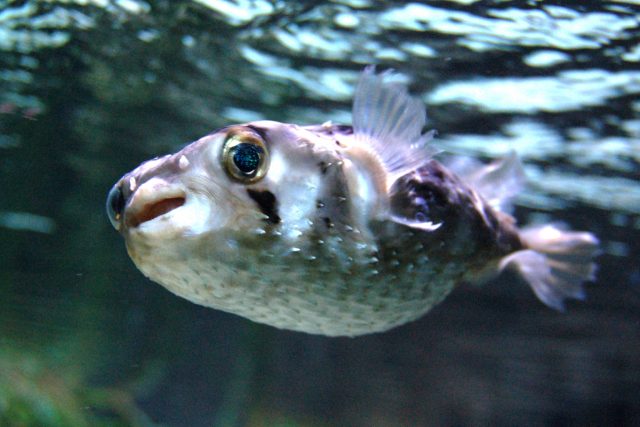 While that may be true, I’ve yet to dig up a picture of a Diodontidae skeleton that looks anything like this one. Weird things happen to animal carcasses after they’ve been in water for a long time, though, leading to frequent mistaken maritime identities and the globster phenomenon. There's no telling exactly what creature may have once inhabited that skeleton. 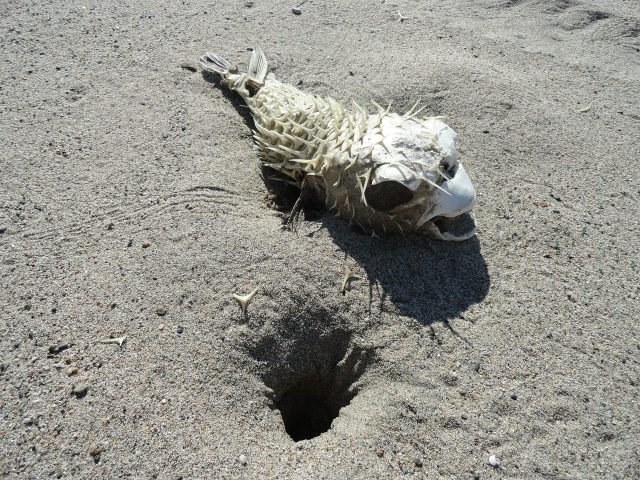 Judging from the few pictures of dead pufferfish I have been able to find, I can see how a heavily decomposed specimen could turn out looking like the one found along the Outer Banks this week. Mystery solved? Probably. Still, given that the vast majority of the world's oceans still remain unexplored, we never know when one of these odd finds may turn out to be something truly weird and wonderful. Keep combing those beaches.