With the “Storm Area 51” craze, local businesses near the base are profiting from the extra publicity. One business in particular, the Little A’Le’Inn motel is definitely cashing in on the “storm”. According to their booking calendar (which can be seen here), all thirteen rooms at the UFO-themed motel are booked solid on September 19th and 20th when millions of people plan to storm the secretive military base.

The motel is located in the small village of Rachel which is the nearest residential area to Area 51, and it’s a popular spot for tourists interested in aliens and UFOs. The “Storm Area 51” event is scheduled to take place on September 20th with millions of people planning on attending the event – almost 2 million people claim to be going and 1.4 million people are interested in attending according to the event’s Facebook page.

The motel’s website reads, “Come and sit back and watch the fun”. And it will certain be something to see with millions of people pledging to storm the highly secured military base in order to hopefully find evidence of aliens and UFOs.

And it’s not just the Little A’Le’Inn that’s seeing a boost in business as other local motels are also getting busier. One of those businesses is the Sunset View Inn, located 45 minutes from Area 51, and it’s completely booked solid on the dates of the “storm”. “It’s really booming some small little towns in this area,” Pamela Broxson, who is the general manager of the inn, told CTV News.

Area 51 has long been associated with extraterrestrials as many people believe that the US military is hiding evidence of alien technology and maybe even extraterrestrials themselves. The military did, however, issue a very stern warning for those planning on storming the base. They indicated that they are authorized to use deadly force against anyone who attempts to get into the highly secured area. 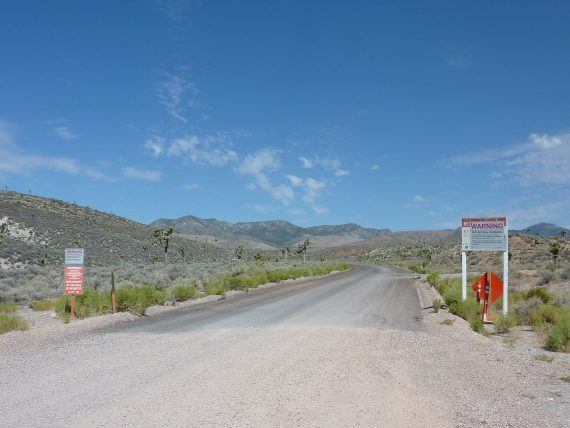 And even though Broxson is welcoming the guests into the inn, she doesn’t believe that they’ll be successful in getting into the base. “I’ve had guests try to go out there and they’ve come back looking like ghosts because they’ve been drawed upon,” she said, adding, “Guns pulled on them for going past the barrier.”

With the “storm” a little less than two months away, we’ll have to wait and see what exactly will happen on September 20th and if anyone will actually get past the gates. For those who still plan to go despite the stern warnings – storm with caution.

A Strange Amazon Adventure and a Lost Telepathic Tribe