The U.S. Air Force's mysterious unmanned X-37B space plane is approaching 700 days in Earth orbit on the fifth mission (OTV-5) of the super-secret Orbital Test Vehicle project. No one outside of a select few members of the military and the government know anything about the space plane. However, you can now add a non-military astronomer and photographer to the list after he not only located the X-37B in orbit but managed to take multiple photographs of it. How did he do it? Has he been whisked away to secret detention center?

"When I tried to observe it again [in] mid-June, it didn't meet the predicted time and path. It turned out to have maneuvered to another orbit. Thanks to the amateur satellite observers' network, it was rapidly found in orbit again, and I was able to take some images on June 30 and July 2." 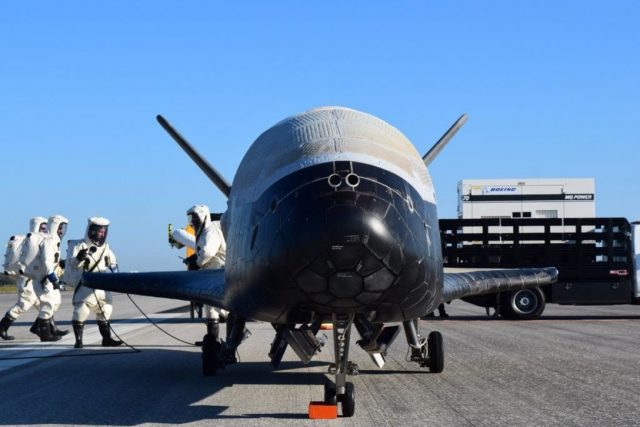 Live Science reports that astronomer and satellite tracker Ralf Vandebergh of the Netherlands has been on a months-long quest to find the X-37B. He first spotted it in May 2019 – confirming it’s still in space – and began preparations for photographing it. Unfortunately, when he pointed his 10-inch F/4,8 aperture Newtonian telescope with an Astrolumina ALccd 5L-11 mono CMOS camera at where the X-37B was expected to be … it wasn’t there. He found it again – confirming that it is making maneuvers in space – and took two sets of photos (they can be seen here and here).

"It is really a small object, even at only 300 kilometers [186 miles] altitude, so don't expect the detail level of ground-based images of the real space shuttle.”

Vandebergh is far too modest in describing his success.

"We can recognize a bit of the nose, payload bay and tail of this mini-shuttle, with even a sign of some smaller detail." 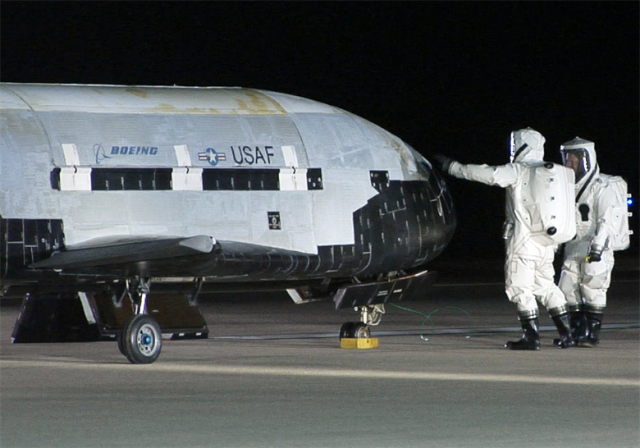 Does Vandebergh’s discovery put him in any danger? Probably not. The Air Force has released a few photos of the space plane on the ground and after landings, and revealed at least one detail of its current mission – it’s carrying the Advanced Structurally Embedded Thermal Spreader (ASETS-II), which are experimental oscillating heat pipes the Air Force is testing for eventual use on long-duration space missions.

Then again, he may want to at least start wearing a fake mustache for a while.