Beware of the Sinister Shadow People

Dan J of Barstow, San Bernardino, California, had a very disturbing encounter with two sinister entities in early 2011. Those entities have become known in paranormal research as Shadow People. But, what are they? The Official Shadow People Archives website says of these creepy things: "Sometimes it appears as the mere silhouette of a person, usually male, but generally lacking any other characteristics of gender. However, in no way does the description end there. There are 'hatted' shadow beings, hooded shadows, cloaked ones, and solid or wispy, smoky types. Some are seen only from the waist up. Others clearly have legs that are seen fleeing from their observers. They dart into corners, through walls, into closets, or behind television sets, bushes, and buildings. Sometimes they simply fade into the dark recesses of the night. Lacking in the description is one common denominator unifying the many different types of shadow people that enter our world, except that they are 'intensely dark.'"

In a July 2013 interview with Psychology Today, Rosemary Ellen Guiley - an expert on paranormal phenomena - said: "I discovered that many Shadow People experiencers are also ET experiencers, especially abductees. Through a long process, I concluded that Shadow People are a shape-shifted form taken by Djinn. Therefore, there is a profound connection between Djinn and bad hauntings and ET abductions. Furthermore, the footprints of the Djinn are evident throughout our mythologies about ancient aliens and gods. The picture that emerged is of a major Djinn involvement in all of our entity contact experiences throughout history." 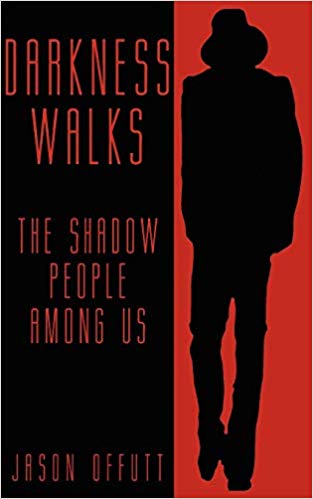 With that all said, let's now return to the case of Dan. A no-nonsense, tough biker, Dan is hardly the kind of person who it’s easy to intimidate and scare. But, the shadow-things that intruded on his sleep - as he slept in a tent on the slopes of Mt. Rainier, Washington State in the summer of 2011 - had Dan in a state of near-hysteria. An enthusiastic outdoorsman, Dan spent four days hiking around the huge, 14,000-foot-plus high mountain. He would live to regret doing that. It was around 3:00 a.m. when Dan woke with a start – and with an unsettling and intense feeling of being watched very closely. He lay still, holding his breath and clenching his fists. Something was definitely afoot; of that much he was sure. That’s an understatement. In seconds, Dan was “rushed” by two skinny, spindly shadowy monsters that were humanoid in appearance.

Dan suddenly found himself unable to move as the two figures hovered over him – at which point Dan he felt incredibly weak, short of breath and dizzy. A cold sweat enveloped him. All the time, the Shadow People had their index fingers on his stomach. It was only when they removed their silhouette-like fingers that the weakness went away, and normality suddenly returned, as the pair exited the tent at high speed. Dan didn’t even try and get back to sleep: he lept out of the tent, got all of his belongings together, jumped in his truck and hit the road. Unfortunately for Dan, this was not the end of things: the Shadow People were not about to leave Dan alone.

Three nights later, Dan had an almost identical experience – even down to the Shadow People once again touching his stomach with their fingers and causing him to feel suddenly weak and near-completely incapacitated. This time, though, the location was the living-room of his Barstow-based apartment. The creatures came back on two more occasions: one several weeks later and the final time in August 2014 – more than three years later after the encounters had begun.

Dan had a deep suspicion that the Shadow People has the ability to take away his strength, and to the point where he was so weak he could barely move. It was a sign that he had been “zapped” – to use Dan’s very own and concise description – by something that was feeding on him. Indeed, Dan was unable to shake off the idea that what he had encountered were akin to supernatural vampires, surfacing in the dead of night and on the prowl for a tasty feast – which they found in Dan himself. What particularly worried Dan, though, was that the Shadow People clearly knew where Dan lived: he remains baffled and concerned by this admittedly odd and unsettling issue.