The PR people at To the Stars Academy sure know how to keep their name in the headlines, even if they’re only good at rehashing worn out, unsubstantiated claims or repackaging previously reported incidents. Now that the buzz of the first season of Unidentified has died down, the company which claims itself to be at “the forefront of socializing the UFO conversation through entertainment media in the public” has now revived a decades-old claim about possessing and studying alleged exotic metamaterials.

While many similar claims have been made in the past about what appear to be the exact same samples, I can’t help but notice that some of the language in their press release and accompanying social media posts sounds oddly familiar to descriptions of other recent strange developments loosely related with TTSA and the Navy’s ongoing UFO “revelations” or whatever you want to call them. 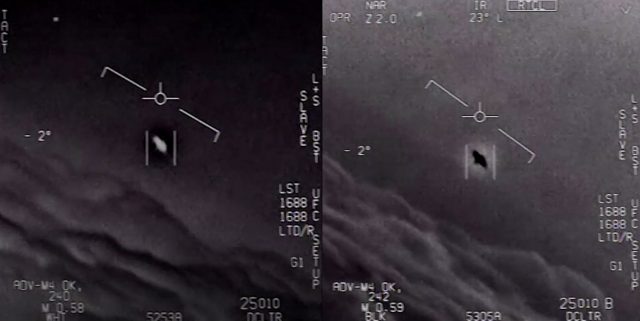 The latest press release claims that TTSA is now in the possession of “multiple pieces of metamaterials and an archive of initial analysis and research” of their properties. Accompanying that announcement are statements by Steve Justice, current director of TTSA’s Aerospace Division and the former director of Advanced Systems at Lockheed Martin's "Skunk Works." In the press release, Justice claims that while the claims surrounding these materials still cannot be substantiated, these metamaterials could completely revolutionize science as we know it - if they are ever able to be manufactured:

The structure and composition of these materials are not from any known existing military or commercial application. They've been collected from sources with varying levels of chain-of-custody documentation, so we are focusing on verifiable facts and working to develop independent scientific proof of the materials' properties and attributes. In some cases, the manufacturing technology required to fabricate the material is only now becoming available, but the material has been in documented possession since the mid-1990's. We currently have multiple material samples being analyzed by contracted laboratories and have plans to extend the scope of this study. TTSA will also seek to engage the potential partners who have expressed interest in helping accelerate ADAM [Acquisition and Data Analysis of Materials] research and development.

If the claims associated with these assets can be validated and substantiated, then we can initiate work to transition them from being a technology to commercial and military capabilities. As noted in our October 2017 TTSA kickoff webcast, technologies that would allow us to engineer the spacetime metric would bring capabilities that would fundamentally alter civilization, with revolutionary changes to transportation, communication, and computation. 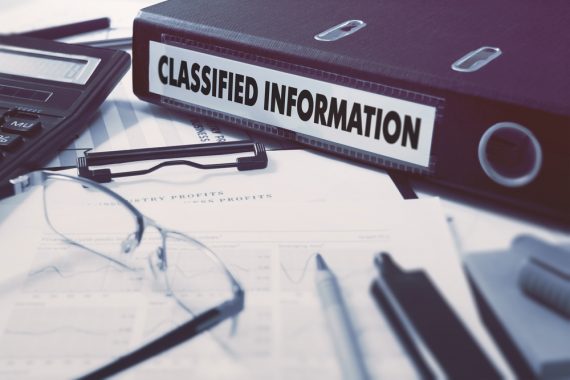 Writing for The War Zone, I previously reported on a series of strange patents patented assigned to the Navy which concern new forms of energy production and incredibly advanced hybrid craft which are claimed to travel at incredibly high speeds and maneuver with disregard for their own inertia equally well through air, water, or the vacuum of space thanks to a radical new form of electromagnetic propulsion. Despite the claims made in those patents, I’ve yet to speak with one physicist who believes the underlying mechanism for that type of quantum physics-bending electromagnetic propulsion is possible.

Still, in a 2019 aeronautics conference presentation describing one of those patents, the inventor Salvatore Pais claimed that these new Navy patents represent “a highly disruptive technology, capable of a total paradigm change in Science and Technology,” and adds that their “military and commercial value is considerable." Notice the curious similarities with the language of Justice’s statements in the press release.

Even more curious is the Harold Puthoff connection. Harold Puthoff has traveled among the hard sciences and the fringe sciences for years, making somewhat out-there claims at times. Puthoff isn’t mentioned anywhere in this latest press release, but is acknowledged in several of Pais’ publications and Navy patents. Puthoff now sits on the TTSA board, is listed as a co-founder, and is the Vice President of TTSA’s Science and Technology division. Puthoff has for years published theoretical research into so-called “Space Time Metric Engineering,” the same type of physics-bending propulsion described in the Navy’s advanced aerospace patents - patents the Chief Technology Officer of the U.S. Naval Aviation Enterprise claims are already operable.

In a presentation given in 2018 at a Conference for the Society for Scientific Exploration (SSE) and the International Remote Viewing Association (IRVA), Puthoff says that while he’d “love to talk about really fancy materials,” he can’t do so because “they’re classified.” However, Puthoff adds that there are plenty of examples of such metamaterials “provided even in the public domain.” A sample of one such material he’s studied, Puthoff claims, is an “excellent microscopic waveguide for very high frequency electromagnetic radiation.”

Again, the language Puthoff used in that speech to describe the properties of these materials echoes the language of the Navy’s strange electromagnetic propulsion patents, and during the same presentation Puthoff claims the objects observed in the alleged Navy sightings behaved “as if the craft didn’t have any inertial mass” - the exact language used to describe the abilities of the “hybrid aerospace-underwater vehicle” patented by the Navy. Is this proof of any connection between TTSA’s research and the Navy’s patents? There are only so many words for describing these types of theoretical propulsion methods and alleged aeronautical abilities after all, so it’s likely a coincidence. Still, the Puthoff connection between the patents and these alleged metamaterials is odd.

What’s odder still is why someone like Steve Justice would now throw his name into the ring with fringe scientists or even pseudoscientists who for decades have made what some would describe as dubious, unfounded claims about alien metamaterials. Justice never goes so far as to say that these materials are in fact legitimate or extraterrestrial in origin, though, only that TTSA has received them and will study them. 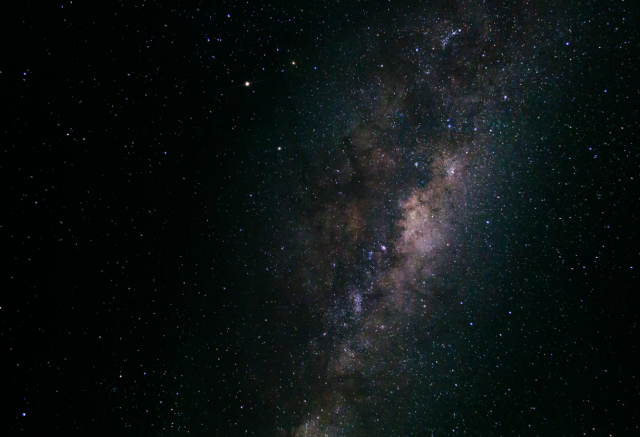 I'm also drawn to Justice's statement that the "manufacturing technology required to fabricate the material is only now becoming available." Could this be why the Navy suddenly decided to patent such radical-sounding technologies and appeal them so forcefully with the U.S. Patent Office? I've been toying with an idea lately and it's still nothing but a flight of the imagination, so take it for what it is.

Imagine that the U.S. government has indeed been researching electromagnetic propulsion methods, advanced metamaterials, and hybrid craft for years and has encouraged the extraterrestrial hypothesis in order to keep these projects a secret. What if they were finally ready to go public with these new advances, but the new administration elected in 2016 decided to keep it under wraps in order to continue kowtowing to the fossil fuel industries? Could that be why Steve Justice, Chris Mellon, and others decided to form TTSA to take these technologies into the private sector or as a means of leaving a trail of breadcrumbs for the public? Could that be why the Navy made their curious patents available to the public? Just a thought.

Returning to TTSA and this latest press release, be sure to take into account how the “Invest Now” button is now permanently anchored to the TTSA website’s masthead, so as usual, take everything they say with a shaker of salt or two. Until they cough up anything more than a cable TV program and social media buzz, there is no way of knowing if they are any better than any other charlatans who have for years made unfounded claims of exotic technologies for profit.