Killing Sasquatch: The Debate Between Law, Science, and Conservation

It is one of the most often-raised arguments against the existence of the Sasquatch: why have no physical remains ever been recovered? Surely, in the event that one of the creatures had died, we would eventually have recovered a body... or at least a portion of one.

Add to this the fact that according to the U.S. Department of the Interior, 101.6 million Americans—that is, 40 percent of the U.S. population above the age of 16—participated in wildlife-related activities "such as hunting, fishing, and wildlife-watching," a U.S. Fish and Wildlife Service report stated. Such figures make it difficult to imagine how a massive, ape-like creature resembling a giant human could exist anywhere in the wild, and not be observed by outdoor enthusiasts.

Or, in the event that one is observed by one of the many hundreds of thousands of hunters in North America, eventually, one could even be harvested so that scientists could study the creature.

The debate over whether such an animal--if it really exists--should be allowed to be shot and killed is a long and contentious one. In fact, over the years there are several people I have spoken with who consider the existence of Sasquatch to be unlikely based primarily on this issue: if such creatures were real, in other words, it seems inconceivable that no hunters would have killed one by now. 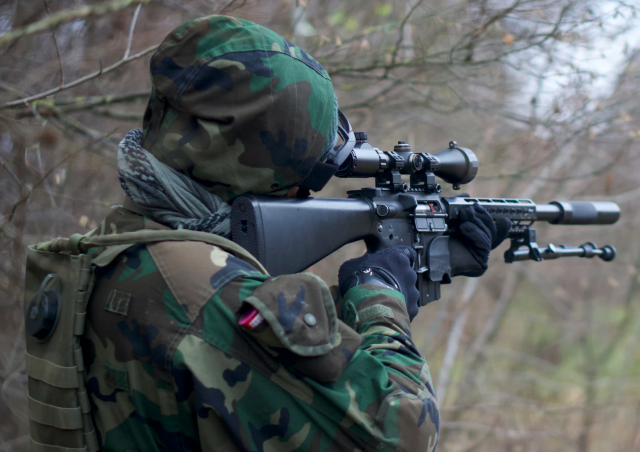 To this, purely as a matter of playing devil's advocate, I would counter with this question: how many responsible hunters would be willing to risk imprisonment?

This isn't to say that killing a Sasquatch would be punishable by law in all instances (more on that in a bit). It is, however, to say that there are broader, and much more common-sense problems that arise from the notion of killing something that is only alleged to exist in the first place, and which generally resembles a human being. To put it in plain terms, how could a hunter be 100% certain that what they had in their cross-hairs wasn't human?

Any experienced, well-trained hunter is acutely aware of the well-understood guiding principles of firearm safety. For instance, one never discharges a firearm in the field before identifying their backstop (that is, determining where the projectile may go in the event that it misses, or even passes through the quarry in question).  Even more fundamentally important than this, one never fires at any quarry that they can't identify.

Unsafe field practices have resulted in tragedies in the past: in 2010, a 56-year-old man was accidentally shot while hunting with a friend in Dorchester County, Maryland; a similar incident occurred in Shizuoka, Japan in 2013, when a hunter accidentally shot a man gathering wild plants; and just last year, a 38-year-old man was killed on opening day of deer season in Michigan. In all three instances, the hunters had mistaken the victims for being game, due to the fact that they were observed at a great enough distance, or under conditions which otherwise prevented proper identification; in two of these instances, the victims had not been wearing an orange hat or vest.

Another incident--and a unique one in this discussion--involved a man who had been target shooting last December when he claimed he was nearly shot by another individual. Later, this person claimed that he had mistaken the target shooter for a Sasquatch.

"I thought you were Bigfoot,” the shooter allegedly told the victim, as reported by the Idaho Statesman. “I don’t target practice — but if I see something that looks like Bigfoot, I just shoot at it.”

Most hunters would agree: there couldn't be a better example of unsafe field practices than this.

As these cases show, accidents do happen, but most often they can be avoided with the aid of responsible behavior, and at least a modicum of firearm training. On account of this, I would raise a further point: any responsible firearm owner or experienced hunter, in the event they actually did observe a large animal they could not conclusively identify--but which resembled a human in general shape--would likely refrain from ever drawing a weapon on it, unless for reasons of self-defense. 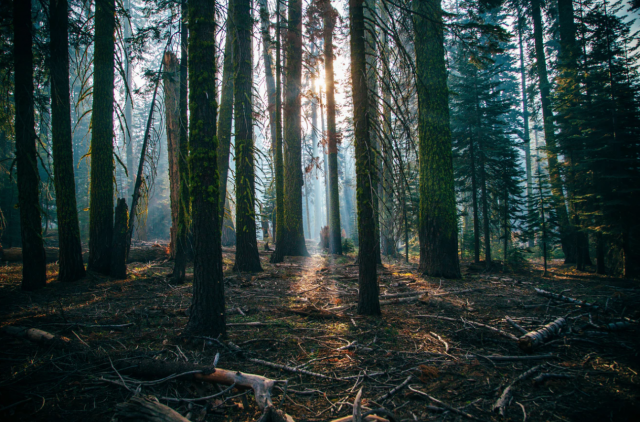 There is also the question of penalties that may fall under the law. In the event that a Sasquatch was killed and the body was deemed to be human, could a hunter who took the killing shot be held accountable under law or even charged with homicide? Little consideration is generally given to the matter, since most authorities deem it highly unlikely that a Sasquatch will ever be killed; but that doesn't mean that questions about the lawfulness of shooting a Sasquatch haven't ever come into question.

Since as early as 1969, there have been at least a few ordinances in northwestern states that not only ban the killing of Sasquatch, but which do outline that such an act may be punishable by law. For instance, Skamania County, Washington passed an ordinance in 1969 which labeled it a felony to shoot Sasquatch; a partial repeal of the ordinance in 1984 reduced it to a misdemeanor charge (as bringing felony charges, even in the unlikely event of a Sasquatch slaying, falls outside the county's jurisdiction).

Even without ordinances specifically pertaining to Sasquatch, many states have different laws about how animals recognized as non-game and non-protected species are handled under the law. Often, proper licensing, as well as stipulations pertaining to whether or not the quarry is hunted on private land, are taken into question.

Apart from issues over the lawfulness of shooting Sasquatch, I would finally ask how many hunters, on the remote chance that they ever were to observe something so extraordinary and human-like as this creature is purported to be, could cope with the emotional turmoil of having taken its life. In other words, at what point does the killing of something that purportedly looks and acts very much like a human become a homicide... regardless of whether it is deemed so by authorities?

As a matter of science, some of the leading proponents for the existence of Sasquatch over the years have argued that the idea of killing one must be left on the table. "As grizzly as that sounds," the late anthropologist Grover Krantz often said, having a specimen was the only way the creature could ever be recognized by science in his opinion; and such recognition would be the surest path to protection for the creatures more broadly. 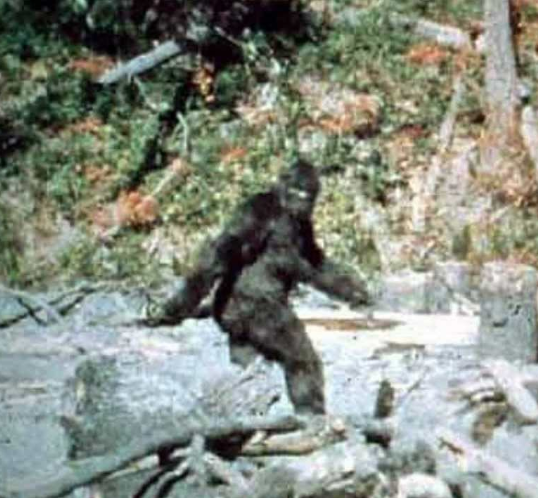 Similar sentiments have been expressed by Bob Gimlin, who to this day maintains that he had been perched on his horse nearby at Bluff Creek, California, in 1967 when Roger Patterson stumbled off in the direction of a large, hairy humanoid as it purposefully strode off into the northwestern wilderness. Krantz wrote that Patterson, shortly before dying of cancer in 1972, told researcher Peter Byrne that he wishes he "would have shot the thing and brought out a body instead of a reel of film," noting that Gimiln seemingly agreed that a body would have prevented debate about the authenticity of the film.

A martyrdom, in a sense. However, despite being a proponent of harvesting a specimen for science, Krantz further argued that after one had been killed, it should be made unlawful for anyone to harm the creatures thereafter.

From a mainstream standpoint, Sasquatch is still relegated to the graveyard of similar "crackpot" ideas that, only once in a blue moon, may occasionally rise back into prominence and legitimacy. However, from a conservationist standpoint, if such a creature exists--however remote the possibility--then it would have to be a species that is critically endangered, at very least.

"I can't say for sure that there are still some [Sasquatch] out there," wrote longtime Sasquatch researcher Peter Byrne in 2016. "The dearth of sightings and footprint finds--our main sources of continuing evidence--is beginning to indicate that they might well be gone, which melancholy possibility, I have to admit, bothers me."

In light of such statements, if the animals were ever proven to be real--and not only that, but also still in existence--then it would seem killing them for any reason might be a bad idea.